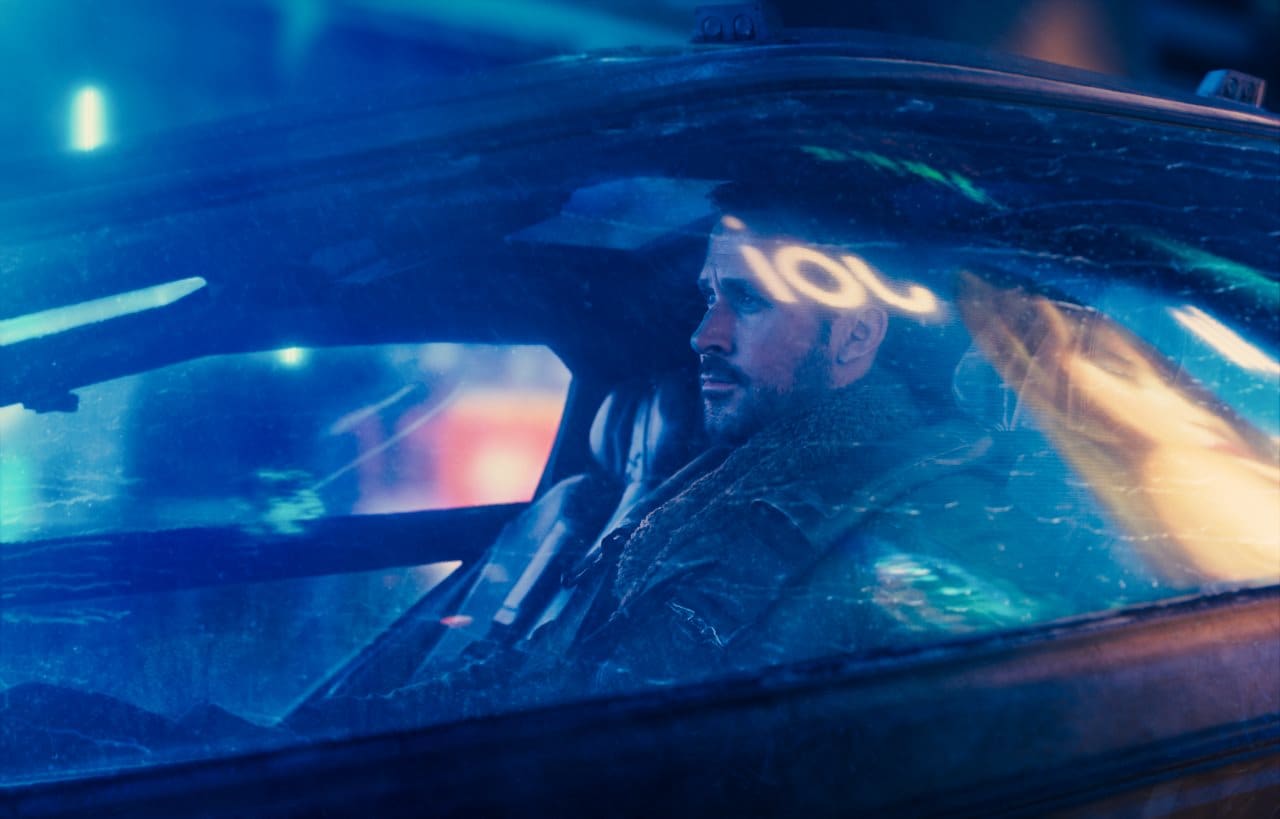 From its opening moments, Blade Runner 2049 – the sequel to Ridley Scott's iconic 1982 sci-fi original – is more interested in creating an experience than telling a story by the numbers. It's why the director Denis Villeneuve – known for last year's think-piece Arrival, and 2015 crime thriller Sicario – and the film, in turn, bide their time, to slow you down and immerse in the dreary, eerie, and dystopian world of futuristic Los Angeles, where it now seemingly snows in addition to the incessant rain.

Though the sequel bills both Ryan Gosling and Harrison Ford as its main stars, with the marketing giving them equal focus, the film is centred on the former, with the latter only appearing in the final third of Blade Runner 2049's 163-minute runtime. But even when he's not on-screen, Ford's Deckard – the blade runner that we first met three decades ago, and who's now assumed dead – drives the rather straightforward plot, which sucks Gosling's Officer K, a replicant who also works as a blade runner for the LAPD in 2049, into a web of family, memories, and replicant rights.

Much like the original Blade Runner, 2049 is concerned with the idea of what makes us human, and how the replicants – bioengineered humans that are used as slave labour on off-world colonies – differ from the 'real ones'. In exploring that chasm that divides these two sections of the populace, something Officer K's boss – played by Robin Wright, and simply called Madam throughout – calls a wall, the film delves into the importance of the soul at one point. After a major discovery early on threatens to blur the differences between humans and their creations, Madam tells K that if you tell either side there's no wall, you're immediately starting a war or a slaughter, the latter implying the more powerful nature of the replicants.

It was a very similar kind of tension that beckoned the beginning of the end of the older replicant models, as we are told. Three decades have passed since the original Blade Runner, set in 2019, nearly as far apart from the new one as its release. In that time, the world suffered an incident known as the Blackout that caused all electronic data to be corrupted, and widespread famines. It was blamed on the replicants, who were outlawed, and which led to the bankruptcy of their manufacturer, the Tyrell Corporation.

The official trailer for Blade Runner 2049

Niander Wallace, played by Jared Leto, is a blind entrepreneur who saved the world with his farming science, and then went on to acquire the leftover assets of the Tyrell Corp. And as Blade Runner 2049 shows us, Wallace was eventually able to convince the government to lift the ban on replicants, paving the way for new even more life-like models that were much more compliant than their older counterparts. Gosling's Officer K is hinted at being part of that new wave, and he's now tasked with ‘retiring' the old ones that have “open-ended lifespans”.

But all of that is ultimately secondary to the film's bigger focus, that of aesthetic. With the great Roger Deakins as cinematographer – who's received thirteen Oscar nominations without a single win – Blade Runner 2049 crafts a visual palette that's bolder than any of its counterparts today, evoking a sense of melancholy, isolation and dread by doubling-down on a Los Angeles the colour of ash, and a post-apocalyptic deserted Las Vegas suspended in a perma-cloud of tangerine; all of which is interspersed with bright neon colour offering a form of escape, both visually and in their purpose.

That is further bolstered by the haunting background score, provided by Hans Zimmer and Benjamin Wallfisch, which drives up the mystery and tension with its eeriness and thuds, and ensures that the audience doesn't lapse, a possibility given the film's rather laboured pace, repeated lack of dialogue, and long runtime. More importantly, it doesn't bother too much with evoking the sentiment of the original, composed by Vangelis, but instead builds its own mood with each new environment and setting.

The trouble is that the visual and aural aesthetic of film are tools in service of telling a story with well-developed characters, but Blade Runner 2049 lacks the latter. Sure, Villeneuve has no trouble in sticking and enriching the tonal value of Scott's original work, but the film fails to bring together its many subplots in a cohesive fashion that drives home its thematic value. The most interesting of those is the romance between Gosling's K and Joi (Ana de Armas), a virtual girlfriend that's like a much more advanced version of the one in Spike Jonze's Her.

There's a powerful connection between the two, and it creates some of the most intriguing images that further push the loneliness aspect of our modern technology-enabled lives, which improves on the rather out-dated world of the original film. But Blade Runner 2049 is unable to convey more than what already appears on the surface, and ends up using a frustrating trope to disconnect that link, and spur the protagonist on his journey.

Despite its narrative shortcomings, Villeneuve's self-described love letter to the much-loved original is a brave and powerful note in today's studio-controlled sequel-heavy culture, which restricts artistic creativity and endeavour in the name of producing lowest common denominator movies with the broadest appeal base, to ensure maximum profits. Disney is the best example of this, given the copied structure of The Force Awakens, and the production troubles of its upcoming entries.

Blade Runner 2049 has a nigh impossible task on its hands, something Villeneuve confessed to as much in a recent interview, given the status of Ridley Scott's work and how it's passed the test of time since its release. Hence, the best way to judge the sequel isn't right now, but rather in a decade or two, and whether what it says still connects with its audience. But for now, it's great to see a director and his crew being given the freedom to be eccentric, contemplative, and create a film that doesn't leave you when you exit the dark hall.