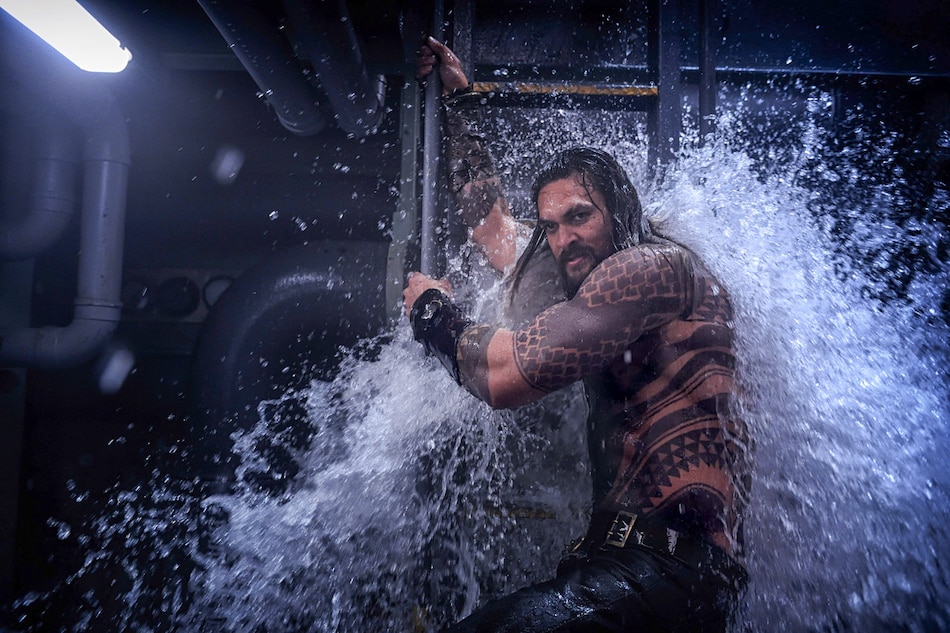 Jason Momoa in and as Aquaman

Netflix has announced just one Indian original for September so far, the Konkona Sen Sharma and Bhumi Pednekar-starrer Dolly Kitty Aur Woh Chamakte Sitare, from Lipstick Under My Burkha writer-director Alankrita Shrivastava. It doesn't have an exact release date. The only other Netflix original with an Indian connection is the docuseries Bad Boy Billionaires: India — out September 2 — which chronicles the crimes of Kingfisher's Vijay Mallya, Sahara's Subrata Roy, jeweller Nirav Modi, and Satyam's Ramalinga Raju. Bad Boy Billionaires: India was made in the UK, by the way.

Outside of those two, we have the indie sci-fi movie Cargo, releasing September 9, which has been co-produced by Anurag Kashyap.

From The Boys to Enola Holmes, What to Watch in September

Internationally, there are a few big names among Netflix's September roster. Spider-Man Tom Holland, the next Batman Robert Pattinson, and Winter Soldier Sebastian Stan are part of the post-WWII Midwestern US gothic saga The Devil All the Time, available September 16. Meanwhile, Superman Henry Cavill will play second fiddle as Sherlock Holmes opposite Stranger Things star Millie Bobby Brown in Enola Holmes, centred on Sherlock's teenage sister. It releases September 23. And lastly, we have Hilary Swank as an astronaut headed to Mars in Away, out September 4.

Beyond that, we have a new film from Oscar-winning Charlie Kaufman called I'm Thinking of Ending Things — also available September 4 — and Emmy-winning Sarah Paulson playing the lead in Ratched, a prequel to One Flew Over the Cuckoo's Nest, which releases September 18 on Netflix. Both those titles are decidedly adult. If you're looking for something kid-friendly, the Jurassic Park franchise expands to the world of animation with Jurassic World Camp Cretaceous, also on September 18.

For true crime fans, Netflix brings American Murder: The Family Next Door on September 30 — and from Germany, A Perfect Crime on September 25.

There are some big names on the licensed front as well in September. We've the Jason Momoa-led Aquaman, Tom Cruise's Top Gun, and Al Pacino in Carlito's Way hitting Netflix India on September 1, and Eddie Redmayne in The Theory of Everything and Keira Knightley in Atonement, both available September 4.

With that, here are our five picks for September 2020 that you should watch out for, and the full list of movies and TV shows coming to Netflix India after that.

Early reviews are very positive for Charlie Kaufman's adaptation of Iain Reid's 2016 eponymous novel. It's about a young woman (Jessie Buckley) who begins to question the nature of everything after being trapped due to a snow storm on a remote farm, where she had gone to meet the parents (Toni Collette and David Thewlis) of her new boyfriend (Jesse Plemons) she's thinking of “ending things” with.

We can't see Tenet in theatres thanks to the ongoing coronavirus pandemic, but if you've been wondering who John David Washington is and how he landed the lead role in the Christopher Nolan movie, this Spike Lee joint is what you need to watch. Set in the 1970s, it's about a black detective (Washington) who infiltrates the bigoted hate group Ku Klux Klan. Adam Driver co-stars.

Winner of a BAFTA TV Award, this Danish series follows a minor politician (Sidse Babett Knudsen) who becomes the unlikely first female prime minister of Denmark following a closely-fought general election — and then struggles with the impossible expectations that are demanded of her. Netflix has revived the show for a fourth season that will release in 2022.

Here's the full list of all the new content coming to Netflix India in September 2020. We've marked Netflix Original titles in bold for your convenience.

September 9
Cargo
Cuties [Mignonnes]
Get Organized with The Home Edit: Season 1
La Línea: Shadow of Narco: Season 1
So Much Love to Give [Corazón loco]
The Social Dilemma

September 21
A Love Song for Latasha