Shakuntala Devi, The Umbrella Academy, and More: This Week on Netflix, Disney+ Hotstar, and Prime Video 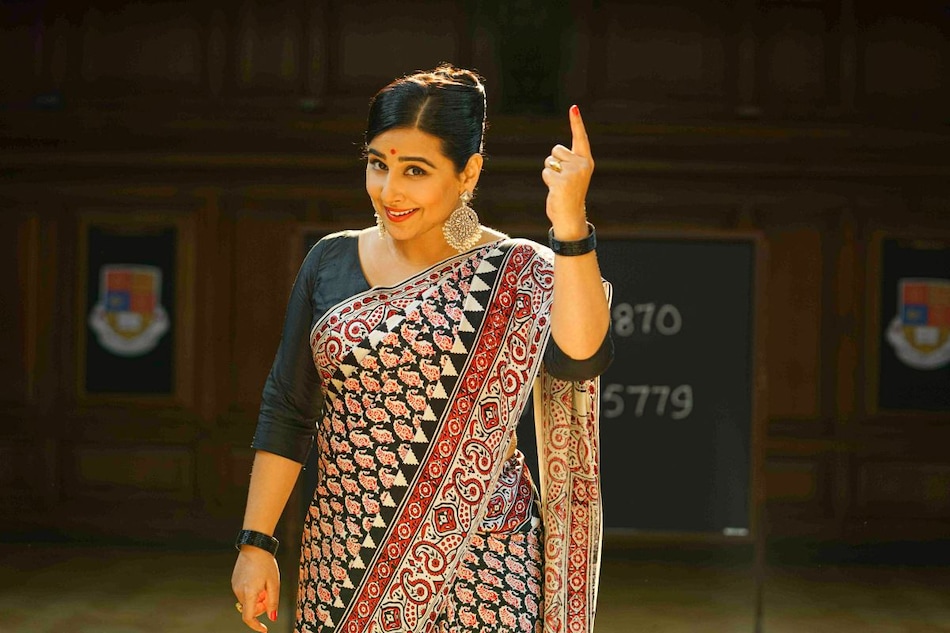 Vidya Balan in and as Shakuntala Devi

It's going to be a major week for streaming services in India, with at least two Bollywood movies — starring the likes of Vidya Balan and Kunal Kemmu — that were meant for theatres premiering directly at home, thanks to the ongoing coronavirus pandemic. Meanwhile, Radhika Apte returns to Netflix and she's joined by another Sacred Games alum. And internationally, we have the return of a dysfunctional superhero family (The Umbrella Academy) and puppet characters (the Muppets). Here are the movies and TV shows to keep an eye on this week across Netflix, Disney+ Hotstar, Amazon Prime Video, SonyLIV, and Zee5.

When: July 31
Where: Amazon Prime Video

Vidya Balan plays the titular “human computer” in this biopic that follows her journey from the erstwhile Mysore State in British India to the Guinness Book of Records, through to her adult daughter's (Sanya Malhotra) accusations of how she failed as a mother. Co-written and directed by Anu Menon, whose credits the 2015 film Waiting, and Four More Shots Please! season 1.

The superpowered Hargreeves foster siblings are scattered over a three-year time period across 1960s Texas, USA in the second season of comic book adaptation, having used Five's (Aidan Gallagher) powers to escape Vanya (Ellen Page). Naturally, they have to find a way to reunite. But that's not all. There's another apocalypse to deal with, caused by their actions in the first season. And there's a new trio of Swedish assassins on their tail.

Watch the Trailer for Netflix's The Umbrella Academy Season 2

Avrodh: The Siege Within

When: July 31
Where: SonyLIV

A year and a half since Uri: The Surgical Strike comes another take on the so-called “surgical strikes” after the 2016 Uri terrorist attack, which draws from a chapter of Shiv Aroor and Rahul Singh's 2017 book “India's Most Fearless”. Amit Sadh and Neeraj Kabi are part of the cast on Avrodh: The Siege Within, with director Raj Acharya (21 Sarfarosh: Saragarhi 1897) at the helm.

When: July 31
Where: Disney+ Hotstar

Kunal Kemmu, Rasika Dugal, Gajraj Rao, Ranvir Shorey, and Vijay Raaz star in this comedy that involves a suitcase filled with Rs. 2,000 notes. A common man's (Kemmu) life is upended after he runs into said suitcase, which is also being targeted by a corrupt politician (Rao), the cop under his thumb (Shorey), and a local mobster (Raaz). Part of Disney+ Hotstar Multiplex.

Jatil Yadav (Nawazuddin Siddiqui) is a small-time cop who's pulled into investigating the death of an extremely powerful local politician, with all the fingers pointing to members of his family. Naturally, it's being compared to Knives Out. Except the search for the truth is far from Jatil's only concern here, what with the pressure from his superiors and the politician's equally powerful friends. One of six new Indian films Netflix recently acquired.

Four outlaws (Vidyut Jammwal, Amit Sadh, and Vijay Varma among them) who went their separate ways are reunited after two decades after one of them is arrested upon returning to India. As the others prepare to bust him out of prison, a startling discovery tests the strength of their bonds. It's said to be inspired by the 2011 French film A Gang Story, though director Tigmanshu Dhulia is clearly taking a leaf out of the Western playbook too, from the visuals to the font.

When: July 31
Where: Disney+ Hotstar

The first Muppets series for Disney's streaming service is a six-episode unscripted thing featuring the Muppets (naturally) alongside non-Muppet guest stars in Seth Rogen, Aubrey Plaza, RuPaul, and Linda Cardellini among others. In it, Scooter has to meet deadlines to upload Muppets Now while dealing with the obstacles thrown at him by the other Muppets. Meta, we know. New episodes weekly.