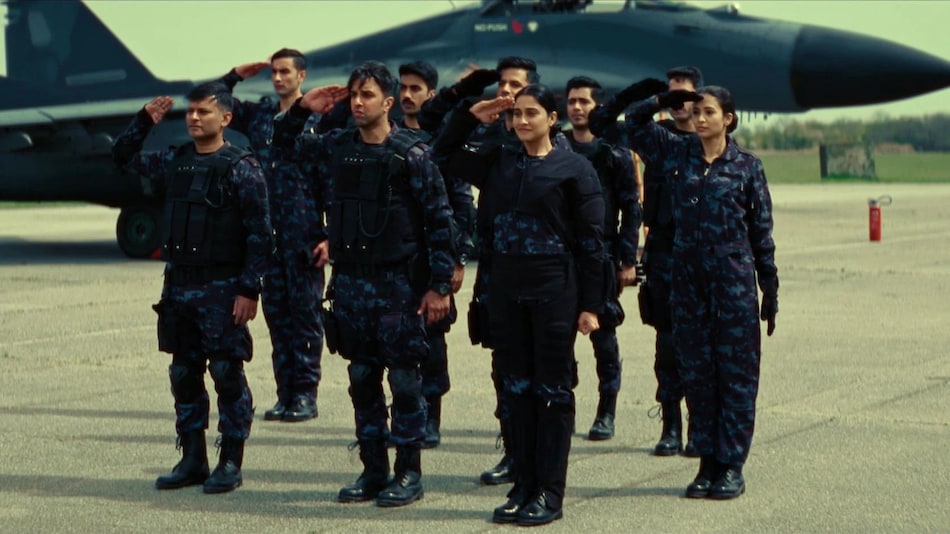 Shoorveer — out Friday on Disney+ Hotstar — comes from Samar Khan, best known for the action-packed series The Test Case and Code M. Going by his previous work, expect the new Hindi-language series to be an intense thriller that explores the vulnerable side of those associated with the defence forces. Going by its trailer, Shoorveer is likely to feature visually-appealing aerial combat sequences. Khan recently hinted at this when he said that the team used the Unreal Engine, a technology previously used in many video games and major Hollywood movies, for these scenes.

Khan said in a prepared statement: “Unreal Engine is the technology being used for Star Wars and other top-notch movies by Disney. It is the preferred tech now for filmmakers worldwide to substitute the green screen.”

With that, here's everything you need to know about Shoorveer, including release date and time, the full cast, and the number of episodes.

The actor recently revealed that he had to “look responsible” to do justice to the part: “To play this character, there's more than just physical changes. One needs to maintain the temperament, the discipline, the sharpness, the responsible person and the intelligence. It's the most difficult aspect of performing these characters.

“When you are a commando, you prepare yourself, but when you are sitting and making a decision, that's when you really need to look. It was also trusting myself, and I would say while performing this role I improved as a person.”

Deshpande is joined by Manish Chaudhari as Ranjan Malik, an IAF officer who collaborates with him to put together an elite unit called “The Hawks”.

Chaudhari said that he enjoyed the challenge of trying to understand his character's mindset: “There is a reason why we call them the most elite force of the Indian Army. Understanding such an officer who would inspire everyone to stand for a mission to protect the nation is so very different from even a regular Army officer.”

Kuldeep Sareen appears as Chaudhri's deputy Jaspreet Bhatti, while Arif Zakaria plays General Riaz, who seems to be the orchestrating villain from the trailer.

Abhishek Saha is Shome Banerjee and Sahil Mehta is Pirozshah Mehta — both are a part of The Hawks — while Shivya Pathania plays Preeti on Shoorveer.

On June 16, Disney+ Hotstar released a 24-second teaser trailer for Shoorveer, which introduced us to the main characters without revealing any plot details.

This was followed by the full-length trailer (below) nearly 10 days later. The near two-minute Shoorveer trailer gave us a closer look at the protagonists, as they tried to put aside their personal differences to protect the country against external aggression.

The trailer went on to highlight how this takes a toll on their mental health. The Shoorveer trailer ended with a series of intense yet realistic action sequences.

Here is the official synopsis for Shoorveer via Disney+ Hotstar:

When an imminent attack threatens India, an elite unit undertakes a mission that will test the limits of their courage and grit.

At the time of writing, not a single review was available for Shoorveer. Based on what we have seen in the past with Hotstar Specials, reactions and reviews are no doubt on embargo till after the time of release.

Here is the official poster for Shoorveer via Disney+ Hotstar: