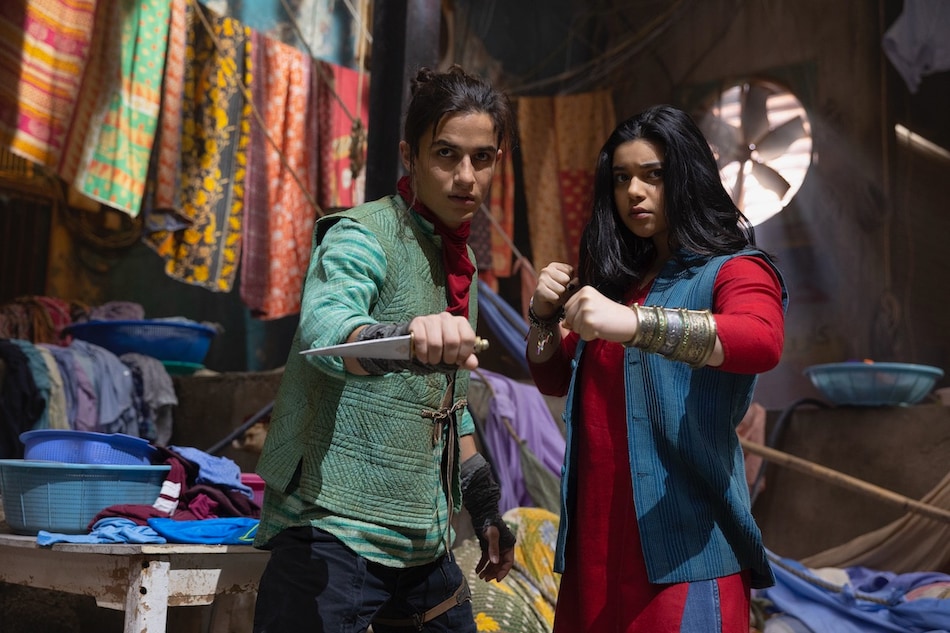 Ms. Marvel is now into its home stretch

Disney+ Hotstar has announced a list of 34 titles that will be released on its platform in July 2022. In big names, we have Karan Johar returning with the seventh season of his long-running talk show Koffee with Karan, now dubbed as “Hotstar Specials”. Koffee with Karan season 7 starts July 7 on Disney+ Hotstar. Meanwhile, Janhvi Kapoor leads Good Luck Jerry, a remake of a Tamil film about a woman who becomes a drug peddler to gather money for her mother's cancer treatment. Good Luck Jerry is out July 29. Elsewhere, the Indian Armed Forces come together to form an elite unit in Shoorveer, streaming July 15 on Disney+ Hotstar. And lastly, the Kamal Haasan-led Vikram is coming to Disney+ Hotstar on July 8, following a (successful) theatrical run that lasts a little over a month.

Beyond India, July 2022 is a good month for Spider-Man fans on Disney+ Hotstar. Five Spider-Man movies — featuring Tobey Maguire, Andrew Garfield, and Tom Holland — are now out on Disney+ Hotstar, thanks to a new partnership with Sony Pictures. If it's more superheroes you want, then look no forward than Ms. Marvel, with the final two episodes dropping in July. Also returning are Steve Martin, Martin Short, and Selena Gomez as they continue to investigate another homicide on their podcast in the second season of Only Murders in the Building.

For those after new international titles, the Joey King-led historical action drama The Princess drops July 2 on Disney+ Hotstar, in line with its Hulu release in the US. The same cannot be said of two other titles in July 2022. Over a month and a half from its theatrical premiere in the US, The Bob's Burgers Movie — based on the Emmy-winning series of the same name — is making its way to India via Disney+ Hotstar. It's out July 13. And after being promised in May, the Jessica Biel crime drama series Candy is finally on its way to India. All five Candy episodes will be out July 15 on Disney+ Hotstar.

If you are trying to look beyond Indian and American content, Disney+ Hotstar has six new Korean, Turkish, and Spanish titles on offer. (When I say “new”, I mean new to India.) Rain or Shine, with Lee Jun-ho and Won Jin-ah, is out July 7 on Disney+ Hotstar. On the same day, you can also watch Fantastic, starring Joo Sang-wook, Kim Hyun-joo, Park Si-yeon and Ji-soo. On July 14, Untouchable — with Jin Goo, Kim Sung-kyun, Jung Eun-ji and Go Joon-hee — drops onto Disney+ Hotstar. It will be followed on July 29 by Big Mouth, led by Lee Jong-suk, Im Yoon-ah and Kim Joo-hun.

There's only one Turkish and Spanish title. The former is called Hidden and will be available July 21 on Disney+ Hotstar. The latter, called Santa Evita, doesn't have an exact release date as yet. The Korean and Turkish series will be available in their original languages, as well as in Hindi, Tamil, and Telugu dubs. English subtitles only. Dubs are free — you don't need a subscription.

Over in the world of sports, the 2022 edition of Wimbledon — the flagship British tennis tournament and the only Grand Slam on grass — continues through the first 10 days of July. Novak Djokovic is looking to defend his men's singles title, while the women's singles will have a new winner as the defending champion retired. There are also two Formula 1 races in July 2022 on Disney+ Hotstar, with one in the UK and the other in Austria. And lastly, in hockey, the 2022 Women's World Cup runs from July 1–17 in Spain and Netherlands. India is in Pool B alongside England, China, and New Zealand.

With that, here's the full list of movies and TV shows coming to Disney+ Hotstar in July 2022. We've marked Disney+ originals, Hotstar Specials, and Disney+ Hotstar Multiplex titles in bold.

July 5
Only Murders in the Building: Season 2, weekly

Only Murders in the Building Season 2