Bridgerton Is Netflix’s Biggest Series Ever, as 82 Million Members Tune In

It hit number one on Netflix’s “Top 10” lists in 83 countries, including India. 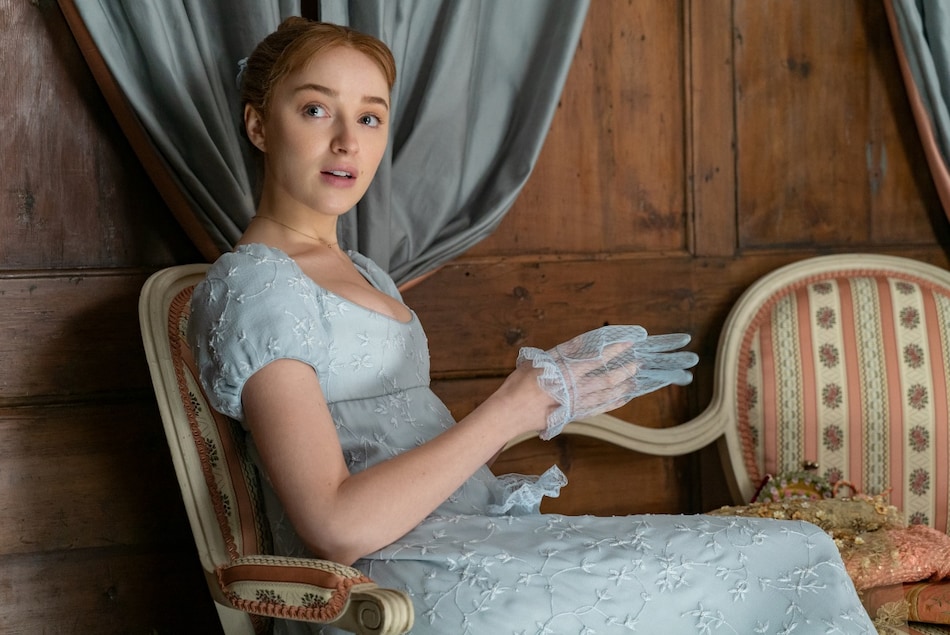 Bridgerton — the Regency-era London romantic drama produced by Shondaland — is now Netflix's biggest original series of all time, the streaming service has announced. Over 82 million households watched Bridgerton in the first 28 days, with the show hitting number one on Netflix's daily “Top 10” lists in 83 markets, including India, the US, and the UK, and featuring on the “Top 10” list in every market Netflix is available except Japan. Like with The Queen's Gambit, Bridgerton's success has pushed the books it's based on into The New York Times bestseller lists — for the first time.

The 82-million figure for Bridgerton helps it surpass Netflix's previous biggest series, The Witcher. The Henry Cavill-starrer fantasy series was watched by 76 million Netflix subscribers in the first four weeks of release, when it premiered back in December 2019. Bridgerton arrived in the same period (December 2020) a year later, though it also benefited from the fact that people are spending more time indoors due to the ongoing COVID-19 pandemic, and that Netflix has more subscribers now than it did when The Witcher released.

Thank you for making Bridgerton our biggest series ever pic.twitter.com/Euac58hs61

Of course, the most important thing to note with Netflix's viewership figures is that it's based on a very relaxed methodology. Netflix counts watching two minutes of a TV show or a movie as a view, unlike previously when members had to watch 70 percent of a series' episode or an entire film before they were counted. That means Netflix ratings are not worth much. After all, who here hasn't given up on something after catching the first few minutes? If you bail half an hour into an eight-episode hourlong series, have you really “viewed” the series? Netflix seems to think so.

Still for Netflix, Bridgerton joins the string of hits that the streaming service has had during the pandemic. The Queen's Gambit, the chess drama with Anya Taylor-Joy, became the most watched limited series with 62 million households tuning in in the first four weeks, and the Omar Sy-led French mystery thriller Lupin is on track to hit 70 million households. Lupin released on January 8, so it hasn't been 28 days yet. The number could end up being higher. After all, it happened with Bridgerton. Netflix projected 63 million 10 days in, but it's now come in at 82 million.

Bridgerton has already been renewed for season 2. Alongside the announcement, creator Chris Van Dusen had said of its appeal: “I think the show really provides an incredible escape for audiences at a time where that's exactly what's needed. Bridgerton is this lavish, vibrant, steamy Regency love story; it is about romance, love and joy; I think all of those things are really universal themes people are responding to.”