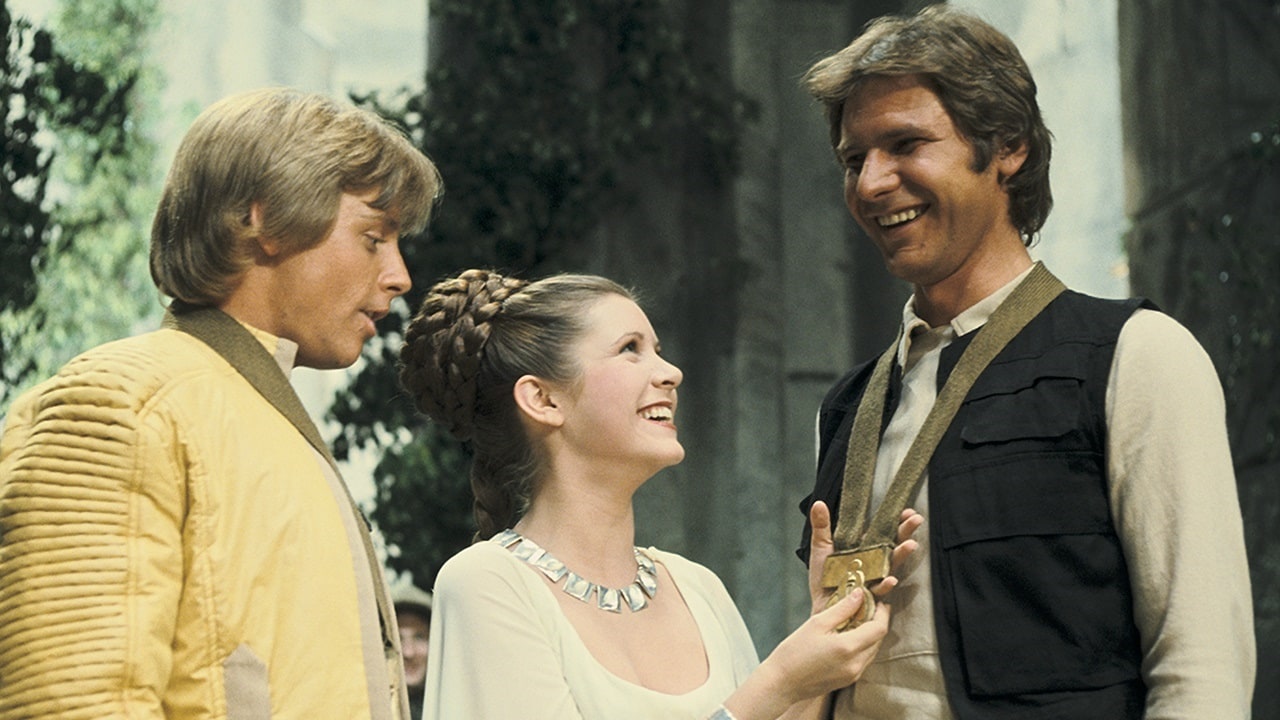 Carrie Fisher, the actress best known for her star turn as Princess Leia Organa in the Star Wars films, died Tuesday aged 60, days after a cardiac arrest on a transatlantic journey. She was enamoured by fans and people in the industry, to whom she was much more than a beloved character, but also a strong supporter and voice on treatment of mental illness and drug addiction.

Her Star Wars co-star Mark Hamill, said in a Facebook post: “Carrie was one-of-a-kind who belonged to us all - whether she liked it or not. She was [sic] OUR Princess, damn it, and the actress who played her blurred into one gorgeous, fiercely independent and ferociously funny, take-charge woman who took our collective breath away.”

Fisher passed away on Tuesday morning (December 27) in Los Angeles, and a family representative confirmed her death to People Magazine. “She was loved by the world and she will be missed profoundly,” her daughter Billie Lourd, said in a statement. Fisher's health was said to be stable on Christmas Day, following a cardiac arrest on a flight from London to Los Angeles 15 minutes before landing. She was then rushed to a nearby hospital upon arrival.

Fisher had been in London filming for the third season of sitcom Catastrophe. She will also be present in next December's Star Wars: Episode VIII, reprising her role from the original trilogy, as she did in last year's Episode VII: The Force Awakens. She also lent her voice to the video game Lego Star Wars: The Force Awakens released this year.

Fisher was born to singer Eddie Fisher and actress Debbie Reynolds in California, and moved to London to study the arts. Her first role was in 1975’s Shampoo alongside Warren Beatty. The Star Wars films served as a breakout role for the then 19-year-old Fisher, the first of which - 1977's Star Wars, colloquially known as Episode IV: A New Hope - was only her second feature film. She would return to the famous role in later chapters, for 1980's Episode V: The Empire Strikes Back, and 1983's Episode VI: The Return of the Jedi.

Fisher then went on to appear in films such as Hannah and Her Sisters, The ‘Burbs, and When Harry Met Sally. Fisher's career would extend much beyond the screen though, as she not only appeared in Broadway shows, but also displayed a knack for writing - becoming a script doctor, writing novels and memoirs, and even penning an advice column earlier this year.

Her work as script doctor was mostly uncredited, but she helped iron out errors in films such as Hook, Lethal Weapon 3, and The Wedding Singer. She was also said to have worked with George Lucas on the scripts for Star Wars prequels.

As a novelist, she published a semi-autobiographical work about her struggles with drug addiction, titled Postcards from the Edge, which she would herself later turn into a successful screenplay and film of the same name, starring Meryl Streep, in 1990.

She later wrote an autobiographical one-woman play and an accompanying non-fiction book, called Wishful Drinking, in which she spoke openly about her problems with bipolar disorder, and the stigma attached to mental illnesses.

Last month, Fisher brought to life The Princess Diarist, a collection of diaries she kept while filming the Star Wars, which detailed her affair with Harrison Ford. Her turn as an advice columnist happened in June for the Guardian, in which she offered advice about "everything from heartbreak to addiction, to mental illness, and gender equality".

Perhaps the fondest way to remember Fisher comes by way of her own words, offered tongue-in-cheek in her book Wishful Drinking, in which she details a conversation with Lucas about how “there's no underwear in space”. She wrote:

What happens is you go to space and you become weightless. So far so good, right? But then your body expands??? But your bra doesn't — so you get strangled by your own bra.

Now I think that this would make for a fantastic obit — so I tell my younger friends that no matter how I go, I want it reported that I drowned in moonlight, strangled by my own bra.