The nonfungible token was auctioned after the Academy Awards ceremony for cancer charity. 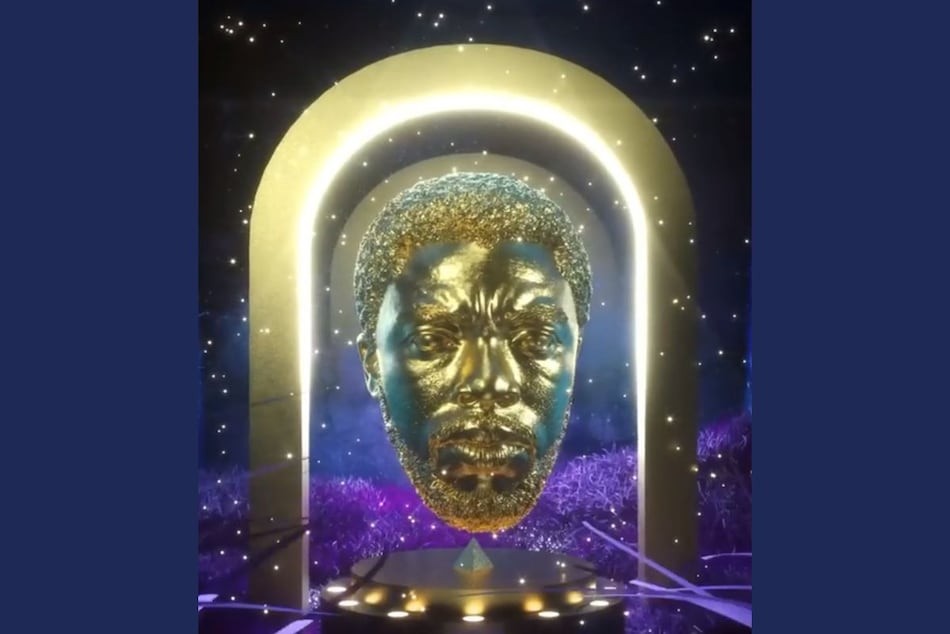 A 3D tribute to actor Chadwick Boseman was given as a gift to all Oscar nominees this year, and the work, created by artist Andre Oshea, will also be minted as a special NFT, that will be auctioned online to raise money for charity. "The way to immortalise an artist is to honour them with art," said artist Andre Oshea, who was tasked to create a special tribute NFT (non-fungible token) for the late actor, which was to be a part of gift bags for Oscar nominees at the ceremony on Sunday. Sharing a small clip of the digital tribute on his Instagram handle, Oshea said that bringing this piece to life had been one of the “most challenging and rewarding experiences as an artist,” for him.

The NFT will be auctioned on Rarible and 50 percent of the proceeds will go to the Colon Cancer Foundation, a New York-based non-profit organisation dedicated to reducing colorectal cancer incidence and death. In his post, Oshea further said: “Their goal is to donate 10,000 colorectal exams to underserved communities. We can change lives with this NFT.”

Boseman, the actor and playwright, died of colon cancer in August 2020. He was diagnosed with the disease in 2016 but continued acting and simultaneously supporting cancer charities. His last film Ma Rainey's Black Bottom — released posthumously the same year — received critical acclaim and earned him an Oscar nomination for the best actor. However, Anthony Hopkins won the Best Actor for his work in The Father over the late actor.

Boseman, though, had received a Golden Globe Award for Best Actor — Motion Picture Drama. He also won the Male Actor in a Leading Role award at the 27th Screen Actors Guild Awards for his work in the same film.

A non-fungible token is a digital asset — with no tangible form of its own — that a person can buy or sell. From collectable sports cards to digital sneakers, they can be just anything. No two NFTs are identical, which means there can only be just one NFT for one thing, making the creation and circulation of fake tokens difficult. And because no two NFTs are identical, they cannot be directly exchanged with one another like cryptocurrencies.

When people buy NFTs, they get certificates secured with blockchain technology. Though it's still a relatively new trend in the blockchain world, it's gaining momentum rapidly. Videos, in-game items in video games, and even a tweet have been auctioned as NFTs. Twitter CEO Jack Dorsey's first tweet sold as an NFT fetched him $2.9 million (roughly Rs. 20 crores).

Seth Phillips, whose has shared many photos of funny, relatable placards about annoying day-to-day problems on Instagram account of over 7.5 million followers, announced that he was ready to make the most of his digital assets —him posing with the placards — by turning them into his very own collection of NFTs. His first collection includes a badge, with the first 157 signs.

There are several types of NFTs that have their own setup process. In case you want to set up digital art NFTs, you can do so through one of the popular online markeplaces — OpenSea. Even though you can list your collection for sale on OpenSea, you need to keep in mind that first-time sellers will have to pay a gas fee – Ethereum blockchain transaction cost – before listing anything.