No clues for Black Panther 3 — just an additional tribute to Chadwick Boseman. 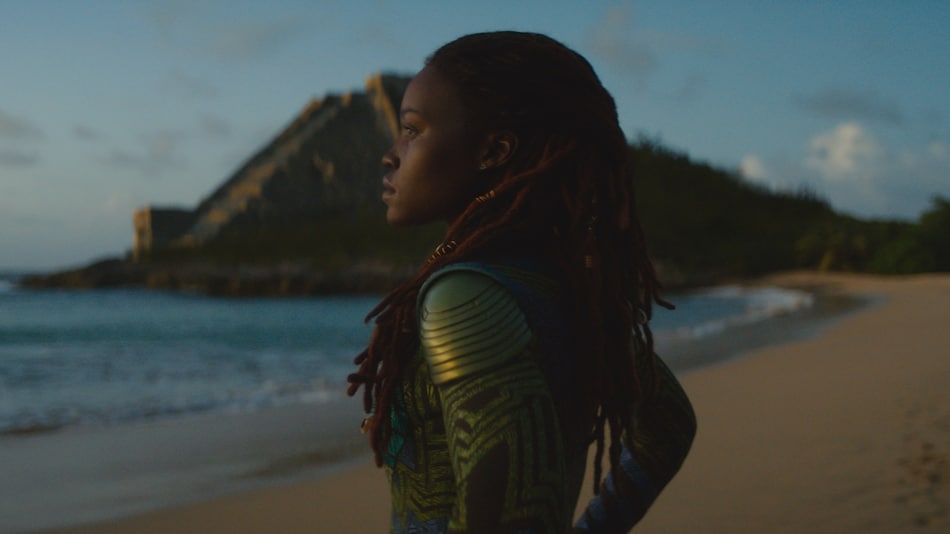 Black Panther: Wakanda Forever — now playing in cinemas worldwide — ends with the words “The Black Panther will return,” just as with the most recent Marvel Cinematic Universe movie before it, Thor: Love and Thunder. It essentially promises that the titular superhero and the world of Wakanda will be back for more. While there hasn't been any announcement on that front, Marvel Studios president Kevin Feige did say that he has had discussions on a third Black Panther movie with Wakanda Forever director Ryan Coogler. And if you were hoping that Black Panther: Wakanda Forever post-credits scene would offer any clues in that regard, well there aren't any. That said, it does give us something that has never happened in the comics — and finds a way forward for the character of T'Challa, who was retired after the death of Chadwick Boseman in 2020.

Warning: spoilers ahead for Black Panther: Wakanda Forever. Proceed at your own risk.

The mid-credits scene in the new Black Panther movie picks up right where the movie ends: on a Haitian beach. A crying Shuri (Letitia Wright) is joined by Nakia (Lupita Nyong'o) and a young boy (Divine Love Konadu-Sun). Nakia says that he's her son Toussaint, she had him before T'Challa/ Black Panther (Boseman) died, and she now wants to introduce him to his “auntie” Shuri. Now, though the word auntie is more flexible in African cultures — as it is in India — it's immediately clear to everyone in the room who his father is. Thankfully, the movie doesn't dance around it for long either.

Black Panther 2 Review: Not Even Ryan Coogler Can Save Marvel's Phase 4

Nakia tells Shuri that T'Challa suggested they settle outside of Wakanda, which would allow Toussaint to grow up without the pressure of the throne. And though they knew of T'Challa's illness, he didn't want them at his funeral. That would've thrust the boy into the Wakandan limelight at the worst possible time. Nakia and Toussaint did have their own little ceremony for him, she adds. This also explains Nakia's absence from Wakanda — and the early running of the new Black Panther movie. Shuri wonders if her late mother, Queen Ramonda (Angela Bassett), had met Toussaint. Nakia says yes.

Shuri and Toussaint exchange their first words, with the boy noting he's heard his auntie is good at keeping secrets. Toussaint is his Haitian name, he adds. When Shuri asks who he is in their native tongue, he replies: “I'm Prince T'Challa, son of King T'Challa.” Coogler and Feige said they weren't going to ever recast T'Challa, so they have found the next best step for Black Panther's future. Give T'Challa a kid (and give him the same name too), who will age into him eventually. These are big shoes for an actor to fill in like 15–20 years.

To me, this is also interesting on a political level. T'Challa and Nakia were never officially married, on screen at least. How will Wakanda's many tribes take to a child of their late king who goes by his name but hasn't lived among them. Will he be accepted? And though he may be the firstborn son of the late king, Wakanda doesn't really operate like that. Anyone can challenge to be the Black Panther and assume the throne. M'Baku enters the fray at the end of Wakanda Forever — and of course, there's Shuri, who has assumed the mantle of Black Panther.

But given the boy's age, it's not something a Black Panther film will need to deal with for a long time. And who knows what shape Wakanda will be in by then.