What If…? Gets Season 3 Renewal, Spider-Man: Freshman Year and X-Men ‘97 Details Revealed

What if…? Season 3 got renewed early, ahead of Season 2 premiere, which is set to release in early 2023. 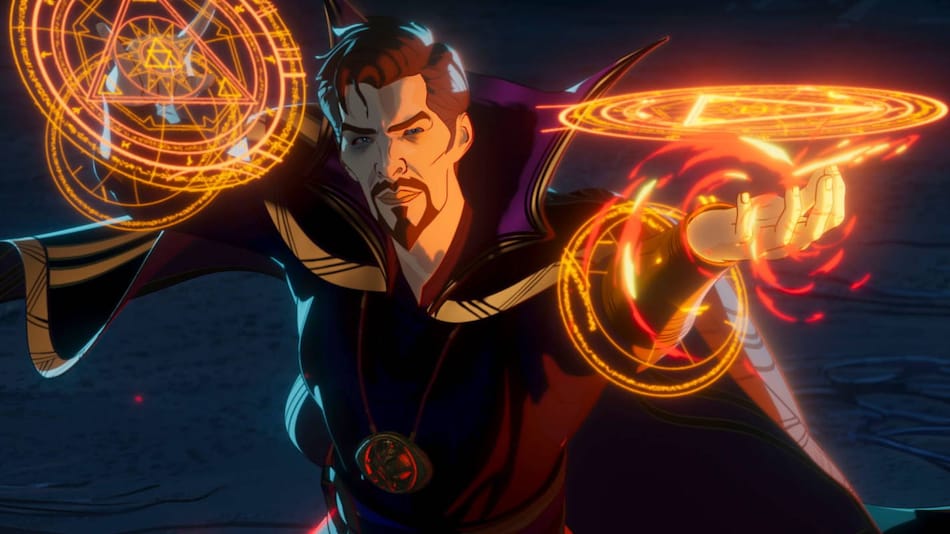 What if...? Season 1 has three Emmy Award nominations

What if…?, Marvel Studios Animation's Emmy-nominated series, has been renewed for Season 3. The announcement was made during a San Diego Comic-Con panel — ahead of the Season 2 premiere, which is on track to release exclusively on Disney+ Hotstar in early 2023. The studio also confirmed a sequel to Spider-Man: Freshman Year and the revival of X-Men ‘97 — which aims to continue the story of the original cartoon. All these shows are slated to release on Disney's streaming service.

Director Bryan Andrews and writer AC Bradley made the announcement, following the surprise screening of a random What If…? Season 2 episode. It continues our journey with The Watcher (Jeffrey Wright) as a guide, exploring the vast stretches of the multiverse, introducing new takes on beloved characters, and spinning reality to tell a series of wondrous tales set in the Marvel Cinematic Universe.

Marvel Studios' What If…? Season 2, an Original series, streaming early 2023 on @DisneyPlus. pic.twitter.com/ajOYCWccm6

Actors from the live-action movies reprise their roles as voice cast as well. Earlier this month, the series received 3 Emmy Award nominations — Outstanding Animated Program and two nominations in the Character Voice-Over Performance category for Chadwick Boseman and Jeffrey Wright.

Producer Jeff Tramell also revealed some images from the upcoming Spider-Man: Freshman Year animated show — set to release in 2024, exclusively on Disney+. The concept art features a classic, old-time comic book style, and is set in its own distinct universe. Notable changes include Peter's relationship with Norman Osborne — who will serve as a mentor to the future web crawler.

Doctor Strange will also serve as a supporting character in the series while the other doc — Octavius is the antagonist. Charlie Cox will be reprising his role as Daredevil, and throughout the series, fans will be treated to multiple Spider-Man costumes. The panel also greenlit a second season for the show, titled Spider-Man: Sophomore Year.

X-Men ‘97 is another animated series heading over to Disney's streaming service — continuing the story from the original cartoon. Fans in India might recognise this show from the TV channel, Jetix. This marks Disney's first mutant-related project acquiring 20th Century Fox.

The show is expected to release in Fall 2023, with a second season already greenlit. The X-Men ‘97 sequel lineup features Wolverine, Rogue, Gambit, Cyclops, Storm, Jean Gret, Beast, and Jubilee. All characters will have the original design, albeit digitally drawn — resulting in odd outlines. The panel also showcased the rogues gallery, including the likes of Magneto, Mister Sinister, Emma Frost, Callisto, and Sebastian Shaw.

What if…?, Spider-Man: Freshman Year, and X-Men ‘97 will release for streaming, exclusively on Disney+ Hotstar.