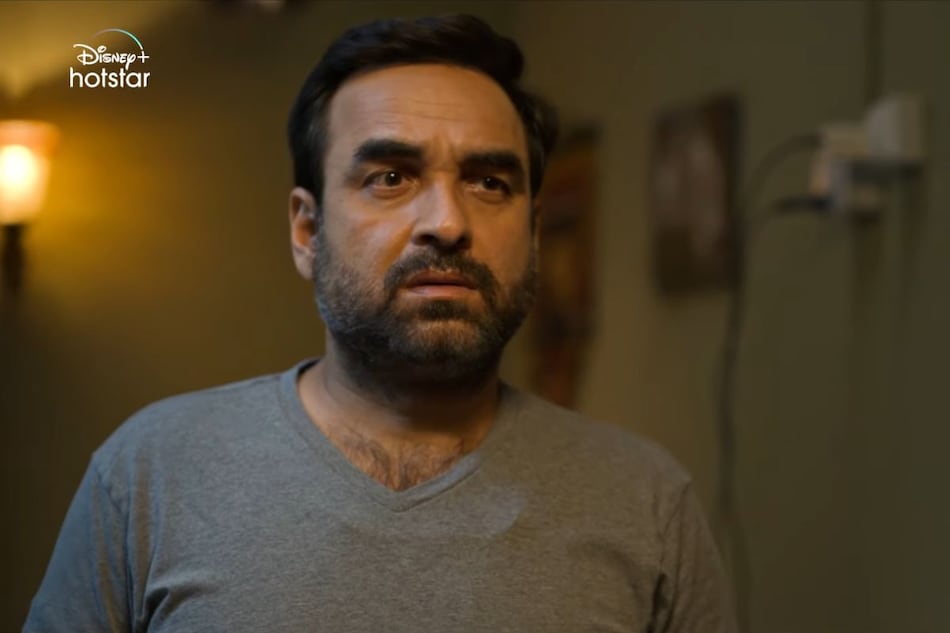 Criminal Justice season 3 trailer is here. Titled ‘Adhura Sach,' Disney+ Hotstar dropped a full-length trailer for the third chapter, which sees Pankaj Tripathi's return as a lawyer challenging the Indian judicial system. The studio released a short teaser for the show earlier this week. As a remake of the British original BBC show, Criminal Justice Adhura Sach brings forth a new spine-chilling case. It will be available for streaming on Disney+ Hotstar, starting August 26. There is no word of an episode count.

The ringing of a doorbell kicks off the Criminal Justice Adhura Sach trailer, as we see lawyer Madhav Mishra (Tripathi) opening his door to a stranger. The visitor, played by Swastika Mukherjee (Paatal Lok), identifies themselves as Avantika Ahuja, in need of dire help. Cold cuts reveal that her daughter Zara Ahuja had been found murdered by a group of fishermen, with the prime suspect being her own brother Mukul (Aaditya Gupta).

Taking the mother's plea into consideration, advocate Mishra accepts the case, to try and clear Mukul's name — as it gets tarnished by the media shoving boom mics and cameras into his face. Things seem to be progressing steadily until the trailer starts listing all the evidence held up against Mukul's statement. His phone contained pictures of the crime scene, fingerprints on the murder weapon matched, while the autopsy report revealed drugs in Zara's system — the same as the ones in Mukul's possession.

As you would expect, this creates a conundrum for our witty attorney, as we see him start suspecting his client. “Whatever it is, tell me the truth,” says Tripathi while we see a phone-recorded video of Mukul's violent acts. “I smell something fishy around here.” Starring opposite him would be Shweta Basu Prasad (The Tashkent Files) as Lekha, a prosecutor fighting to convict Mukul of the murder. Meanwhile, Gaurav Gera plays Mishra's assistant. A brief shot also reveals the suspect mixing some smokey yellow-coloured liquid — acid maybe?

“Only you feel Mukul is innocent, because you're his mother,” a voiceover utters, as we see quick shots of him being bullied at school and forcefully submerged in water — probably an aftermath of the allegations. Rohan Sippy, who directed Criminal Justice Behind Closed Doors, is back with the third season of the Hotstar special. The new chapter also brings back Anupriya Goenka as Nikhat Hussain and Mita Vashisht as Corporate Lawyer Mandira Mathur.