Alongside Not Okay, more Koffee with Karan season 7, and the return of Premier League. 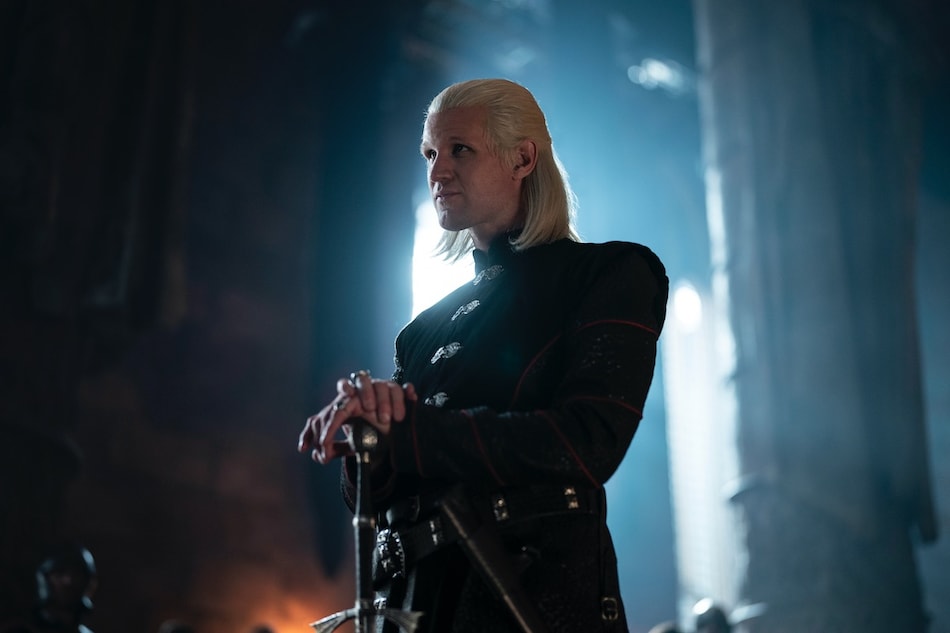 Matt Smith as Prince Daemon Targaryen in House of the Dragon

Disney+ Hotstar has announced a list of 44 titles that will be released on its platform in August 2022. She-Hulk: Attorney at Law leads the way as the new Marvel series, with Bruce Banner/ Smart Hulk (Mark Ruffalo) now serving as life-coach to his cousin Jennifer Walters/ She-Hulk (Tatiana Maslany). Tim Roth's Abomination and Charlie Cox's Matt Murdock/ Daredevil are back, after cameos in Shang-Chi and the Legend of the Ten Rings and Spider-Man: No Way Home, respectively. She-Hulk begins August 18 on Disney+ Hotstar. The other big title this month is the first Game of Thrones spin-off, House of the Dragon — starting August 22 — which traces the fall of House Targaryen after a war of succession kicks off between a niece and his uncle, leading to what we know as Dance of the Dragons.

Marvel fans might also want to check out the five-episode shorts series I Am Groot, featuring Baby Groot (Vin Diesel) and Rocket (Bradley Cooper) from Guardians of the Galaxy. I Am Groot drops all episodes August 10 on Disney+ Hotstar.

She-Hulk to Never Have I Ever Season 3, the Biggest Web Series in August

If you are looking beyond new series, then keep an eye out for Not Okay, a comedy-drama led by Zoey Deutch (Vampire Academy). She plays an aimless aspiring writer who fakes an Instagram-friendly trip to Paris in the hopes of boosting her social media clout. But when a terrifying incident strikes, she's pulled into a lie bigger than she ever imagined. Now an influencer and advocate, she knows it's only a matter of time before the façade cracks. Disney+ Hotstar hasn't set a date for Not Okay. The other movie is the latest Pixar title, Lightyear, a Toy Story action-adventure spin-off led by the voice talents of former Captain America, Chris Evans. After a run at the cinemas, Lightyear arrives August 3 on Disney+ Hotstar.

The only known original title from India so far is Cadaver, a medical thriller starring Amala Paul, Riythvika Panneerselvam, and Munishkanth. Anoop S Panicker is the director. Cadaver is available August 12 on Disney+ Hotstar in Tamil, Telugu, Hindi, Kannada, and Malayalam.

There's a lot more coming to Disney+ Hotstar in August that we don't have a date for. We've provided estimates below, going by dates for other regions. The critically-acclaimed series Reservation Dogs — co-created by Taika Waititi — is back for a second season. Reservation Dogs season 2 has started in US, so now we wait like we did for season 1. Elsewhere, Steve Carell and Domhnall Gleeson star in The Patient, a psychological thriller about a therapist held prisoner by a serial killer. Meanwhile, the eight-episode miniseries Mike chronicles the life of Mike Tyson through the fictional series format. The animated comedy Little Demon — with the voices of Danny DeVito and Aubrey Plaza — is about a mother and her Antichrist daughter trying to live a normal life, while Satan attempts to win custody of the latter's soul.

If you enjoy documentaries, there are some big names in August on Disney+ Hotstar. Ryan Reynolds and Rob McElhenney will show up in Welcome to Wrexham, a docu-series that captures what happened to the oldest Welsh football club and the working-class town after the two Hollywood stars took ownership of Wrexham AFC. Fun fact: they have never worked together before, and have never run a football club. Like before, no Disney+ Hotstar date on Welcome to Wrexham for now, but we do have an estimate below. The second one is a movie that follows the relationship of Princess Diana and Prince Charles — documented a lot in recent years — drawing on archival audio and video footage. The Princess, as it's now called, drops August 14 on Disney+ Hotstar.

Nope to Laal Singh Chaddha, the Biggest Movies in August

While everything we've listed so far needs a Disney+ Hotstar subscription, what follows necessarily doesn't. In August, Disney+ Hotstar will begin releasing five more Turkish and Korean-language series. And while the original versions will be restricted behind a paywall, their Hindi, Tamil, and Telugu dubs are available to everyone for free. Life of Secrets and Sisterhood are the two Turkish show; both out August 4. That leaves the three South Korean series in When the Weather is Nice (August 4), Soloman's Perjury (August 18), and Sketch (August 25).

That brings us to sports. The only major tournament announced so far is the return of the topflight English football league, Premier League, which kicks off August 6 at 12:30am IST (midnight) with Arsenal away at Crystal Palace. All 20 clubs will be involved over the weekend, with Fulham off to Liverpool on Saturday evening, Southampton at Tottenham later that day, and Chelsea at Everton even later. On Sunday, the two Manchester clubs are in action, with Manchester City away at West Ham and Manchester United hosting Brighton.

August 22
House of the Dragon, weekly

August 24
Fearless: The Inside Story of the AFLW

Only Murders in the Building Season 2

City on a Hill Season 3

In the Soop: Friendcation

Further reading: Disney Plus Hotstar, Disney Plus, Disney Plus Hotstar Multiplex, Hotstar August 2022, Premier League, She Hulk Attorney at Law, House of the Dragon, Koffee with Karan season 7, Cadaver, Not Okay, Lightyear, Reservation Dogs season 2, The Patient, Little Demon, Welcome to Wrexham, The Princess, Mike, Westworld, I Am Groot, Industry season 2, Last Week Tonight with John Oliver Season 9, What We Do in the Shadows Season 4, Only Murders in the Building Season 2, Adamas, High School Musical The Musical The Series Season 3, Everythings T

Solana Hack: Nearly 8,000 Wallets Drained Off $8 Million in One of DeFi’s Largest Attacks So Far