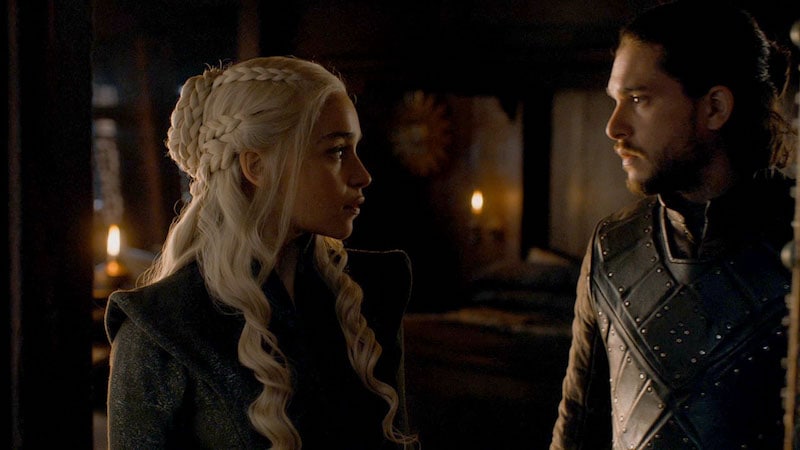 While Jon Snow and Daenerys Targaryen were getting it on in Game of Thrones' Season 7 finale, Bran Stark's narration revealed that Jon's real name is Aegon, and the son of Rhaegar Targaryen and Lyanna Stark. But intercut between those scenes was a forlorn Tyrion Lannister, as he watched Jon go into Daenerys' quarters, and then stood there pondering.

If it wasn't clear to you why he had a worried look, Peter Dinklage - the actor who plays Tyrion - has helpfully provided an insight into the character's thought process in a behind-the-scenes video released by HBO.

"It's dangerous for everybody involved," he said. "I'm sure it's good for both of them in the moment, but you don't even get the relief of how beautiful it could be or should be."

"No, it's not good. It should be, but it's not. It's Game of Thrones; there's a long history of romance not ending well in this show."

Game of Thrones Season 7 Finale: How Will That Big Jon Snow Twist Play Out?

"But it's that thing, when you suddenly feel that deeply about someone and you go through those events together. It's like a runaway train, you can't stop it happening."

Game of Thrones Season 7 Episode 7 'The Dragon and the Wolf': The Top 7 Moments

Emilia Clarke - the woman behind Daenerys - even added her viewpoints on Jon and Dany being nephew and aunt, mimicking a vomiting reaction as how that would make them feel.

While Clarke might understandably have such a reaction given the perception of incest in our society, the Targaryen noble family has had a much different much view of it. In fact, Daenerys herself is the product of incest, given her parents were brother (Aerys) and sister (Rhaella).