Google is said to be in talks with companies distributing free and ad-support streaming television channels. 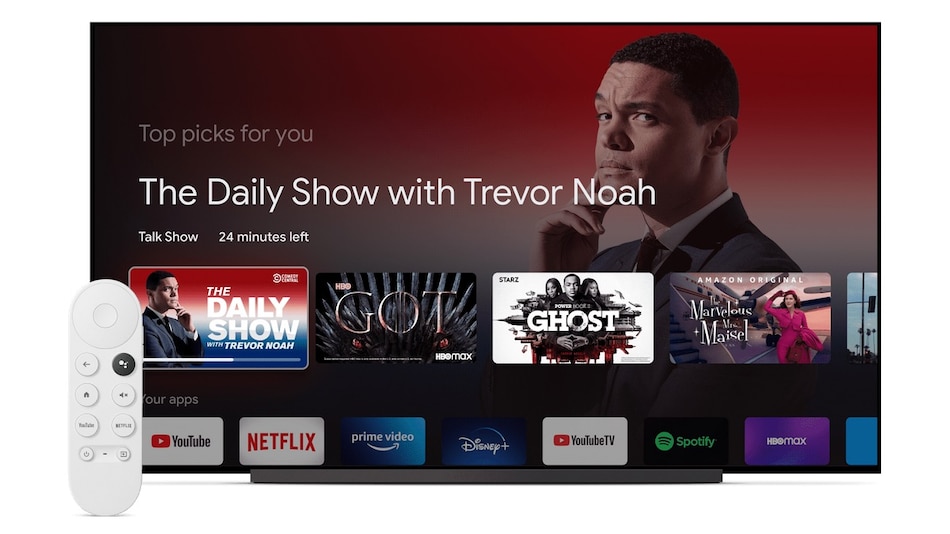 Google is reportedly looking to add free TV channels to its Google TV platform in the near future. Google TV is an Android-based smart TV platform that runs on Chromecast and select smart TVs from Sony, TCL, among others. Google TV already supports several streaming apps like Disney+ Hotstar, Netflix, and more, and it is said to be now looking to take things up a notch by adding free TV channels to the mix. Google is reportedly in talks with companies distributing free and ad-support streaming television channels.

Protocol reports citing industry sources that free streaming channels could launch on Google TV as early as fall this year or alongside its smart TV partners in 2022. With this addition, Chromecast owners will be able to browse channels through a dedicated Live TV menu. Currently, this menu only offers paid TV services like YouTube TV subscription service. The new free TV channels will be offered alongside these subscription-based live channels.

The report says that these channels may have the look and feel of traditional, linear TV networks, complete with ad breaks and on-screen graphics. These efforts are similar to what Samsung offers with its TV Plus service every month on its smart TV range. This service integrates free streaming channels, and Samsung is reported to stream “billions of minutes" of linear programming every month.

Even Roku and Amazon have reportedly followed Samsung's footsteps to introduce live channels on their devices. It is said that Roku, which is not available in India, has added over 200 free channels to its platform. Most smart TV makers of today ideally add free streaming channels into their program guides to allow users to transition between streaming channels and live TV easily. With the addition of free live channels to Google TV, Chromecast users will also benefit from it.

To recall, Google TV was announced in September last year as a new interface based on Android TV. It has launched with features like personalised For You recommendations from across subscriptions, as well as the ability to create a Watch List to which you can add movies and shows from anywhere on your phone or laptop via Google Search.

Inspiration4 in Space: What Life Is Like Aboard the SpaceX Dragon Capsule