Set in the early 2000s the show dramatises the events of Bihar’s most dangerous criminal being apprehended. 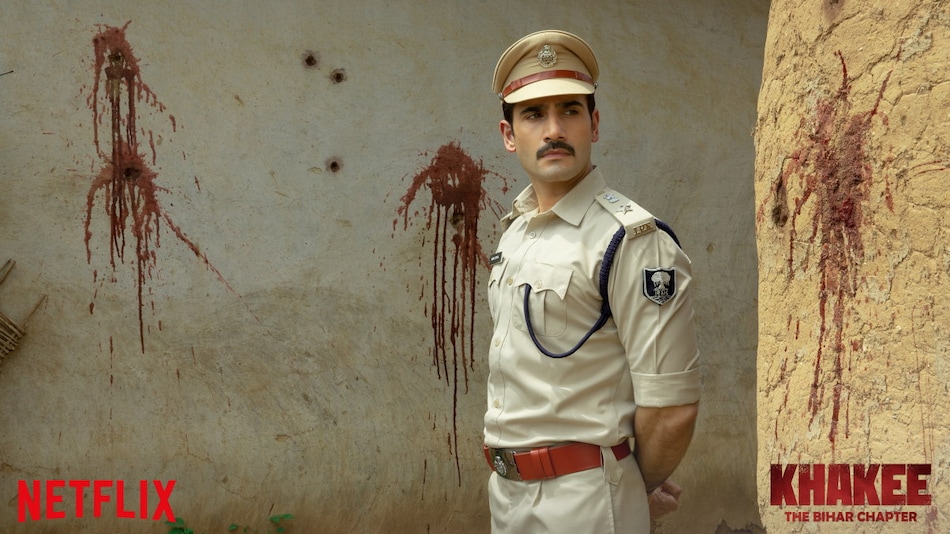 Karan Tacker as IPS Amit Lodha in a still from Khakee: The Bihar Chapter

Khakee: The Bihar Chapter just got a teaser. After unveiling the new Neeraj Pandey-helmed crime series, earlier this week, Netflix has now dropped a teaser for the same, starring Karan Tacker and Avinash Tiwary in the lead as two men on the opposite ends of the law. Bhrav Dhulia, best known for Rangbaaz season 1, directs the series, from a script penned by Uma Shankar (Maharani season 1). Khakee: The Bihar Chapter drops November 25 on Netflix.

The trailer for Khakee: The Bihar Chapter opens with long shots of a band of police officers honing in around a settlement, which seems like the hotspot for criminal activities in the state. “There was a time when Bihar was thought to be the state with the highest crime rate and the lowest conviction rate,” the narrator says. While not directly implied, Netflix refers to the early 2000s timeline, when the dreaded gang lord Vijay Samrat held utmost control over criminal activities in the heartland of Bihar. Played by the aforementioned Tiwari, the crime lord was said to be notorious for extortion, kidnapping, and the massacre of numerous people, to the point where it became common routine in the location.

In the midst of the Samrat's substantial influence, enters a celebrated police officer Amit Lodha (Tacker), who recounted the struggles in his book, “Bihar Diaries: The True Story of How Bihar's Most Dangerous Criminal Was Caught.” Netflix seems to be dramatising the events from the said book, and present it in an easily digestible format, for mainstream audiences. The Khakee: The Bihar Chapter teaser is presented like a montage, jumping between on-foot chase sequences, explosions, and friction with the government, who turned a blind eye to the heinous events. “A burning topic for the opposition. A challenge for the police,” Lodha describes the going-on of the state. “And for the civilians, it's God's will.”

“As an admirer of the platform, which stands for such diversity in content and formats, I am elated to announce Friday Storytellers' Partnership with Netflix for our upcoming series Khakee-The Bihar Chapter, creator Pandey said in a prepared statement. “This cop-and-crime thriller, set during the early 2000s in the heartland of Bihar, is a big story which we have been wanting to create and share for some time. And through the directorial lens of Bhav Dhulia and the production expertise of my partner Shital Bhatia, we have endeavoured to bring the flavor alive with the tonality and treatment.”

Khakee: The Bihar Chapter drops November 25 on Netflix. Judging by the title, it seems like the show will be an anthology, of sorts.

iPad Pro 2022 With M2, iPad 2022 Models Go on Sale in India for the First Time Today: Price, Specifications
Bitcoin Momentum Drops Off to Settle Value Around $20,300 as Investors Look to Book Profits