And we have a Monica, O My Darling poster alongside. 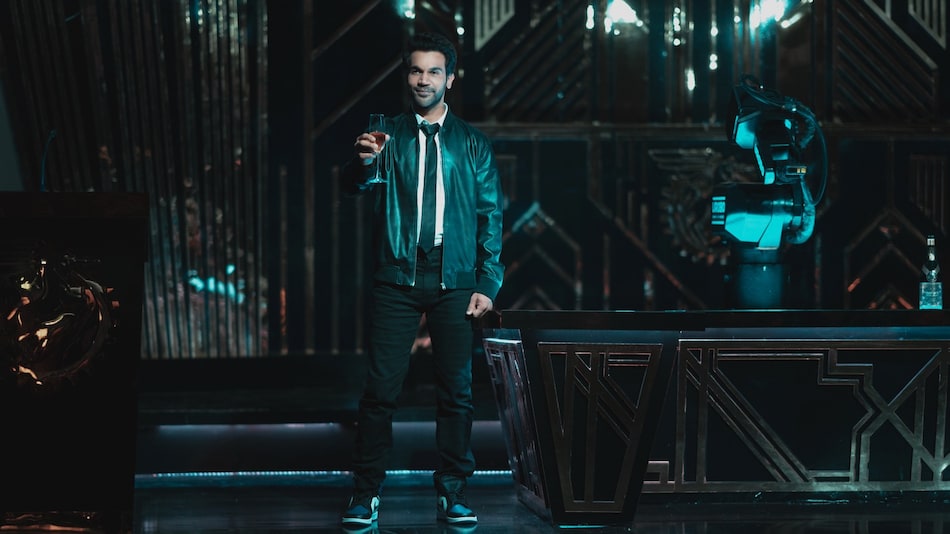 Monica, O My Darling — the Netflix movie with Rajkummar Rao, Huma S Qureshi, and Radhika Apte — now has a release date: November 11. On Wednesday, Netflix announced that Mard Ko Dard Nahi Hota director Vasan Bala's dark comedy neo-noir whodunnit will be released in a month. Monica, O My Darling is described as “an ode to movies about the perfect plan that led to mayhem in the lives of the people involved. Discover lust, blackmail, betrayal, blood, mystery, and some robots crushing human skulls on a dark and devilish roller coaster where survival is the key.” Alongside, Netflix has unveiled the Monica, O My Darling poster (bottom), and a new photo with Rao (above).

Behind the scenes, Bala directs off a screenplay by Yogesh Chandekar (Andhadhun). Sarita Patil (Drishyam), Sanjay Routray (Andhadhun), and Dikssha J Routray (Andhadhun) are the producers on the Netflix film. Monica, O My Darling is a production of Matchbox Shots.

Monica, O My Darling is out November 11 at 1:30pm IST on Netflix in India and around the world.

Here's the official poster for Monica, O My Darling from Netflix: