Breathe: Into the Shadows season 2, and Wednesday are also part of the November lineup. 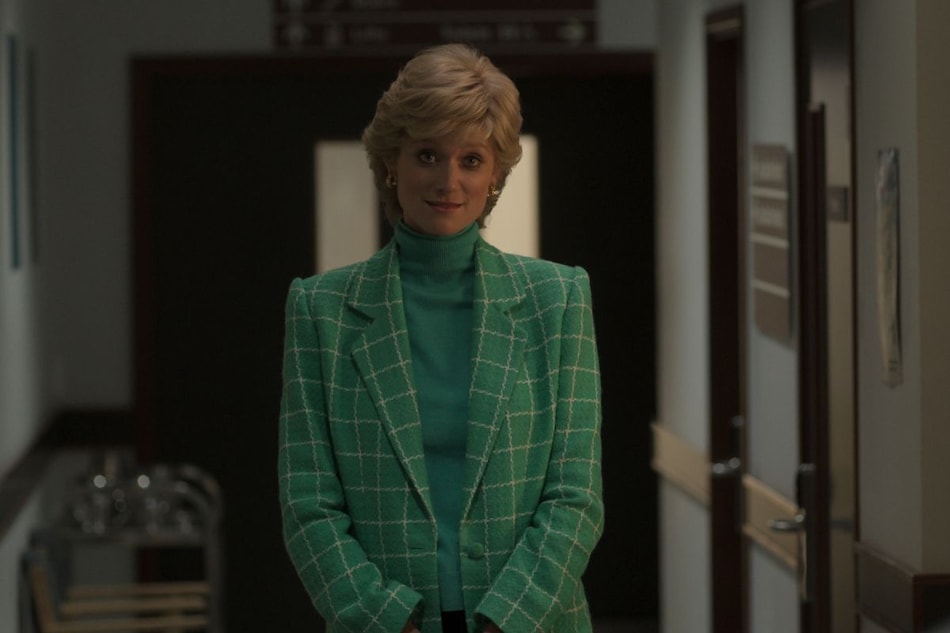 Elizabeth Debicki as Princess Diana in The Crown season 5

What are the biggest TV shows and web series in November 2022? On the India end, we've got two crime shows, starting with the Abhishek Bachchan-led Breathe: Into the Shadows season 2, which puts the serial killer J back onto the streets to resume his murder spree. The series premieres November 9 on Amazon Prime Video. Then there's Khakee: The Bihar Chapter, which draws plot beats from the memoirs of real-life Indian cop Amit Lodha, who incarcerated one of the most dangerous criminals in the state in the early 2000s. Khakee: The Bihar Chapter drops November 25 on Netflix.

Meanwhile, Netflix's The Crown returns for its fifth chapter, as Queen Elizabeth II approaches the 40th anniversary of her accession. The penultimate season touches upon the collapse of the Soviet Union, as familial troubles are exposed to the public. The Crown season 5 is out November 9 on Netflix. The studio also has an Addams Family spin-off planned for this month, starring Jenna Ortega in the lead. Wednesday sees the titular character struggle through high school and navigate new friendships. It releases November 23.

But that's not all. For your convenience, we have curated a list of the biggest TV shows coming to Netflix, Amazon Prime Video, Disney+ Hotstar, and Mubi in November. Apart from the seven shows listed below, this month also bids adieu to the Diego Luna-led Star Wars series Andor on November 23. And if you're looking for even more long-form streaming choices, head to our hub for upcoming web series.

Breathe: Into the Shadows Season 2

When: November 9
Where: Amazon Prime Video

Set free from the psychiatric facility on account of decent behaviour, Dr. Avinash Sabharwal (Bachchan) is back on the prowl to finish the deed — murder the remaining six preys, based on his alternate, limping personality, ‘J's' directions.

Having kidnapped his own daughter without realising, thanks to his split personality disorder, Sabharwal had ordered the killings of 10 individuals as ransom, in the first season of Breathe: Into the Shadows, not to be confused with the R. Madhavan-led first season of Breathe. (Technically, this is the third season of Breathe, if you see it as an anthology.) Inspector Kabir Sawant (Amit Sadh) — who's been around since the start — returns to keep a close eye on the family, hoping to prevent the murders and pin down a new accomplice named Victor.

Breathe: Into the Shadows season 2 ropes in Aspirants fame Naveen Kasturia in this new sinister role, who fanboys over Sabharwal's actions and assists J in accomplishing the heinous tasks, ranging from death by drowning to abandoning a bound victim on rail tracks.

All episodes of Breathe: Into the Shadows season 2 drop together on November 9.

Watch the Trailer for Breathe: Into the Shadows Season 2

Abhishek Bachchan in a still from Breathe: Into the Shadows season 2
Photo Credit: Amazon Prime Video

When: November 9
Where: Netflix

The fifth chapter in the British royal monarchy drama sees another cast overhaul, as we jump forward in time to the 1990s. The recent demise of Queen Elizabeth II is sure to invoke some sentiment, as we head into the penultimate chapter of Netflix's The Crown, with Imelda Staunton — Dolores Umbridge from the Harry Potter movies — on the throne as the new Queen, taking over from Olivia Colman (The Favourite). Jonathan Pryce (The Two Popes) joins the ensemble as the Queen's husband and Duke of Edinburg, Prince Philip, who passed away in April last year.

All episodes of The Crown season 5 will be available at once on November 9.

When: November 18
Where: Disney+ Hotstar

Recently divorced 41-year-old Dr. Toby Fleishman (Jesse Eisenberg) delves into the world of dating apps, finding immense success he never saw in his youth. When his ex-wife, Rachel (Claire Danes), randomly disappears one day, dropping the kids off with him, it completely changes his daily routine. Based on the eponymous novel by Taffy Brodesser-Akner, the eight-episode series is narrated by Fleishman's friend Libby (Lizzy Caplan), who follows the strange occurrences over the period and the events that led to their 14-year-long marriage breaking down.

Fleishman Is in Trouble premieres with the first two episodes on November 18, after which, it will follow a weekly rollout schedule every Friday until January 6, 2023.

When: November 23
Where: Netflix

Dismissed from normal schools owing to her heinous behaviour, teenage goth girl Wednesday Addams (Jenna Ortega) is enrolled into the Nevermore Academy, a safe haven, where she can be with folks of her kind — outcasts, freaks, and monsters. In between homework assignments, she suspects there's something amiss with her new home, discovering secret societies, hidden libraries, and a homicidal monster whose shadow draws heavy inspiration from F.W. Murnau's 1922 film Nosferatu. Mastering her psychic powers and partnering with an interactive hacked-off hand, Wednesday must prevent a monstrous killing spree and solve the supernatural mystery that affected her family 25 years ago.

All episodes of Wednesday season 1 are releasing together on November 23.

When: November 25
Where: Netflix

Early 2000s Bihar was entangled in a series of violent crimes, as dreaded ganglords established their authority over the state through mass kidnappings, robberies, and massacres. This routine changes when Indian Police Service (IPS) officer Amit Lodha (Karan Tacker) sets foot into the territory, aiming to take down local mafia don Chandan Mahto (Avinash Tiwary) with an ultimatum: he'll achieve it before Independence Day.

Based on the memoirs of real-life police officer Amit Lodha, in his book “Bihar Diaries: The True Story of How Bihar's Most Dangerous Criminal Was Caught,” this new Netflix series pits two struggling men on the opposite ends of the law.

Helmed by Neeraj Pandey (A Wednesday!), Khakee: The Bihar Chapter builds up the clash between the two leads, and seems to focus on the background stories for both lead characters, be it the ignorance from the law enforcement or the downtrodden eventually turning against society. The series seems to have changed names for the ganglord as well, as the original assaults were led by an Ashok Mahto, charged with the aforementioned felonies.

All episodes of Khakee: The Bihar Chapter will be available at once on November 25.

Watch the Trailer for Khakee: The Bihar Chapter

Avinah Tiwary in a still from Khakee: The Bihar Chapter
Photo Credit: Netflix

When: November 27
Where: Mubi

Acclaimed Danish filmmaker Lars von Trier (Antichrist) is returning for a third and final round in The Kingdom miniseries, exploring the paranoia of loony patients and staff in the neurosurgical ward of a Copenhagen hospital. The Kingdom Exodus builds upon and examines the mystery surrounding the sanatorium, through the lens of a sleepwalker Karen (Bodil Jørgensen), who one night, unknowingly wanders into the dark, to find herself at the hospital gates. Similar to his 2018 film The House That Jack Built, von Trier's self-indulgence sets the opening for The Kingdom Exodus, which feels super meta, as Karen is angered by the goings-on in the original TV series.

Fans of the original 1994 series will be thrilled to notice the sepia colour grading that prevails within the confines of the ward, alongside von Trier's erratic camera movement that relies on handhelds, a derivative of the Dogme 95 vow he took with filmmaker Thomas Vinterberg (The Hunt, Another Round) back in 1995.

The Kingdom Exodus comprises five episodes — releasing weekly, one at a time — and will feature both old and new faces, ranging from Udo Kier to Alexander Skarsgård (The Northman). The latter previously worked with von Trier on 2011's Melancholia, and is a replacement for an undisclosed character from the original series.

When: November 30
Where: Disney+ Hotstar

Set 20 years after the events of the eponymous 1988 Ron Howard film, which saw an aspiring dwarf sorcerer Willow Ufgod (Warwick Davis) vanquishing the evil Queen Bavmorda from their mystical world of Andowyne, Lucasfilm is now giving it a TV series sequel of the same name.

Davis returns in the titular role, summoned by a new rescue party, led by princess Kit (Ruby Cruz), who desires to save her abducted twin brother. The only problem is, our group of unlikely heroes must step foot into the realm of the unknown, located beyond the “edge of the world.” The undisclosed threat is still out there, rallying forces in preparation for intruders, as our team of inexperienced warriors clash swords, cast spells, and set things ablaze using a flamethrower, of sorts.

Besides Davis, the cast is entirely new, starting with Erin Kellyman as knight-in-training Jade, Ellie Bamber (Nocturnal Animals) as kitchen maid Dove, Tony Revolori (Spider-Man: Far From Home) as Graydon the scholar, and Amar Chadha-Patel as the sword-wielding thief Boorman.

Though discussions about continuing the original film's arc have been taking place since 2005, the idea of rebooting Willow as a Disney+ TV series was floated by writer Jonathan Kasdan in 2019. And though production went smoothly for the most part, directors had to be changed several times, ranging from Jon M. Chu (In the Heights) to Jonathan Entwistle, before settling for Stephen Woolfenden, who helms the first two episodes of Willow.

Willow will debut November 30, with a new episode every Wednesday until January 18, 2023.

Breathe: Into The Shadows Season 2

Realme 10 Pro+ Display Features Teased Ahead of November 17 Launch: Details
Featured video of the day
Corning Launches the Next Generation of Glass