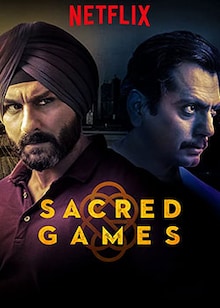 Share
Season 1
Crime
2.8 ★ 2018 Season 1 Hindi 18+
Sartaj Singh, a troubled yet honest policeman receives an anonymous call from a gangster kingpin who has been missing for over 17 years. A twisted race against time begins when the gangster warns him about impending doom that?ll take over Mumbai city in 25 days.

Sartaj Singh (Saif Ali Khan) is a troubled policeman surviving on sleeping pills who is stuck at a lower rank as a “low-performing officer” due to his honesty. His life turns upside down when he receives an anonymous call from Gaitonde (Nawazuddin Siddiqui), an infamous underworld gangster who is missing for over 16 years now.

The gangster kingpin urges Singh to save Mumbai, which is destined to be doomed within 25 days. Sartaj is helped by a Research and Analysis Wing (RAW) officer Anjali Mathur (Radhika Apte) during the journey. The rest of the season is interspersed with present-day frantic and flashbacks of Gaitonde’s journey from a poverty-stricken childhood to being a crime lord.

Sacred Games is the first Indian original created by Netflix, based on Vikram Chandra’s 2006 novel of the same title. It is also the only Indian series to appear on The New York Time’s “The 30 Best International TV Shows of the Decade" list. 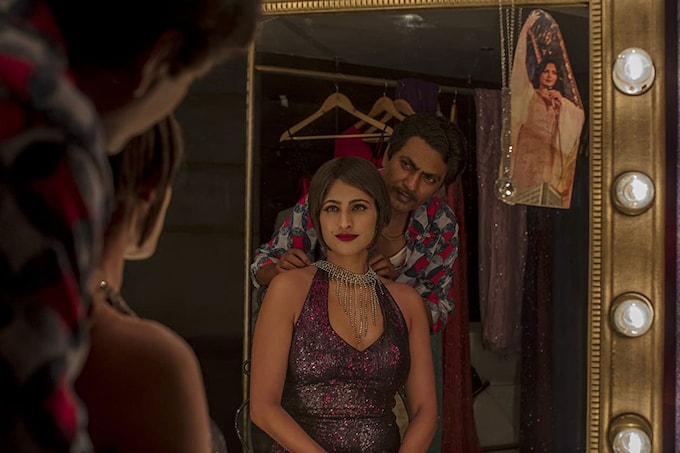 The last couple of years have been eventful for the Indian streaming space. Ever since players like Netflix and Amazon Prime Video jumped into the scene, the market has seen an increased amount of quality online content from Indian artists, be it stand-up routines, movies, or TV series. In June last year, Netflix managed to rope in one of the pioneers of Indian indie cinema, Anurag Kashyap, for Sacred Games, the first Netflix Originals Web series to be made in India. Gadgets 360 got access to the first four of the eight episodes of the show and here's our review with mild spoilers.