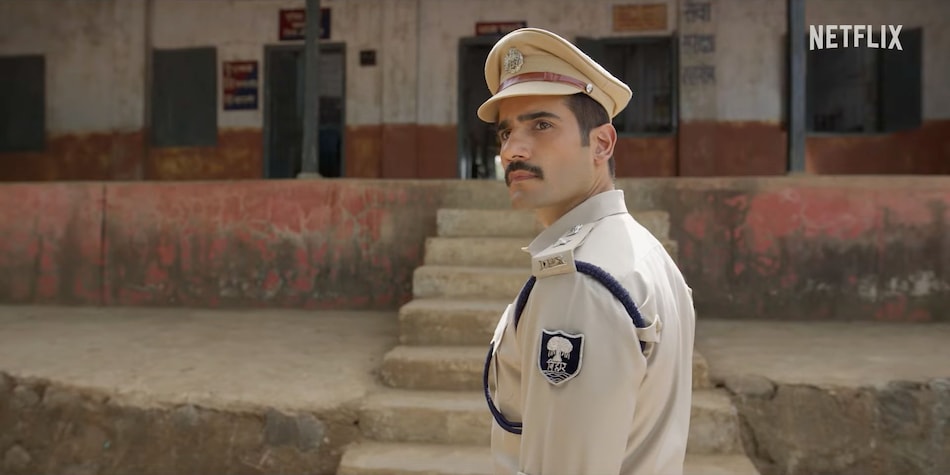 Given the subtitling in the name — “The Bihar Chapter” — this feels like an attempt by Netflix India to turn this into a potential anthology cop franchise called Khakee. It could take the form of Delhi Crime, where the cops stay and the crime changes. But the generic title — “Khakee” — gives it enough flexibility for future seasons to be centred on a different story altogether.

Alongside, Netflix has also unveiled a sneak peek at Khakee: The Bihar Chapter, which is essentially 45 seconds of behind-the-scenes look at what you can expect. Considering this is the first time we're hearing about the TV show, it seems like a case of a title that was shopped around after it had finished production. Pandey has previously created the Kay Kay Menon-led spy thriller Special Ops franchise for Disney+ Hotstar, the Indian Men's Cricket Team docuseries Bandon Mein Tha Dum! for Voot Select, and the Manoj Bajpayee-narrated diamond docuseries Secrets of the Kohinoor for Discovery+.

“As an admirer of the platform which stands for such diversity in content and formats, I am elated to announce Friday Storytellers's partnership with Netflix with our upcoming series Khakee: The Bihar Chapter,” Pandey said in a prepared statement. “This cop and crime thriller, set in the early 2000s, from the heartland of Bihar is a big story, which we have been wanting to create and share for [some time].

“And through the directorial lens of Bhav Dhulia and the production expertise of my partner Shital Bhatia, we have endeavoured to bring the flavour alive with the tonality and treatment. Shot in extreme trying circumstances at Jharkhand and Bihar across multiple [waves of the COVID-19 pandemic], it boasts of a talented ensemble depicting strong characters which we hope will resonate with the local and the global Netflix audiences.”

Netflix India's VP of content, Monika Shergill, added: “We are excited to bring one of India's best storytellers, Neeraj Pandey, on Netflix with his powerful crime drama series Khakee: The Bihar Chapter. A thrilling true story of the rise of a dreaded criminal and a determined cop, Neeraj will take the audiences in India and across the world on an intense and unparalleled journey through Bihar.”

Khakee: The Bihar Chapter is “coming soon” to Netflix worldwide.