Coming to Indian cinemas in Hindi, Tamil, Telugu, and English. 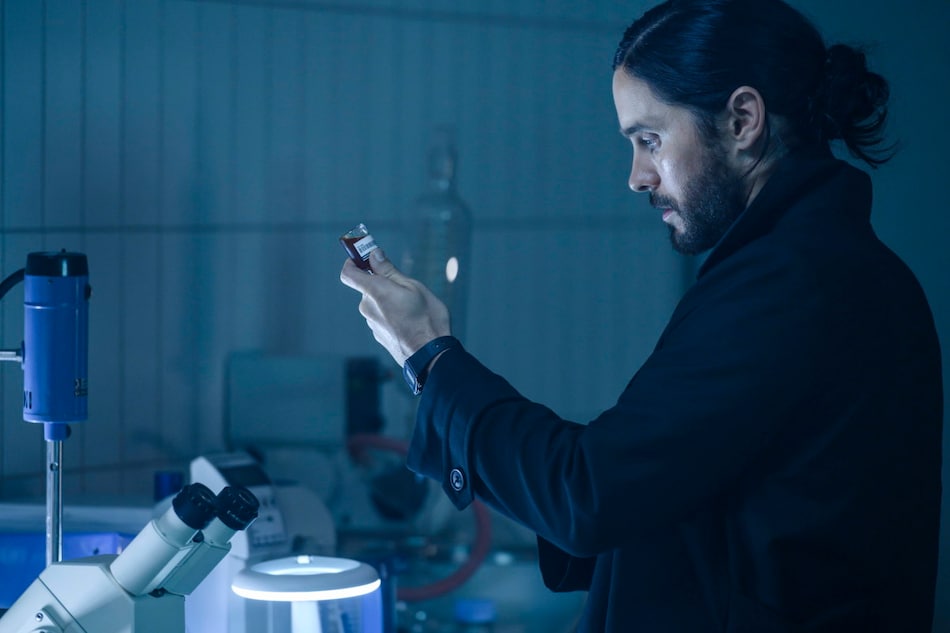 Jared Leto in and as Morbius

Morbius' release date has been delayed by Sony Pictures. The Jared Leto-led superhero movie will no longer release later this month on January 28, due to concerns around the fast-spreading Omicron variant of the novel coronavirus that has extended the ongoing COVID-19 pandemic. Instead, Morbius — based on the Marvel Comics character of the same name — has been pushed back to April 1. As a result, Morbius is no longer the first superhero movie of 2022. That honour now (maybe temporarily, depending on Omicron) goes to the Robert Pattinson-led The Batman, slated to release March 4 as of now. But could 2022 be 2020 all over again?

This is the fifth delay for Morbius due to the COVID-19 pandemic. Before the coronavirus sent the world into lockdown in March 2020, the Morbius movie was set for a late July 2020 release. Morbius was first pushed to March 2021, then to October 2021, before being driven further back to January 2022. Now, it won't release at least until April 2022. This is also partly a result of Sony Pictures wanting to stay away from its own releases. The Tom Hardy-starrer Venom: Let There Be Carnage took that October 2021 slot, was followed by Ghostbusters: Afterlife in November 2021, and then Spider-Man: No Way Home in December 2021 — all in cinemas.

The last of those is especially noteworthy given the new Spider-Man movie continues to break pandemic and non-pandemic box office records. Spider-Man: No Way Home is not only the biggest movie to release during the COVID-19 era, but it's also the 12th highest-grossing movie of all time (and the third highest-grossing Hollywood movie of all time in India). That suggests audiences are willing to take risks for movies they really want to watch. Obviously, Morbius doesn't have that kind of buzz surrounding it. Moreover, Omicron is a much bigger threat than it was last month. And Sony Pictures clearly isn't willing to gamble and potentially lose money.

With Morbius getting out of the way, the spotlight will now move onto other big Hollywood films. The next big title is the Agatha Christie adaptation Death on the Nile (February 11) that stars Gal Gadot, Armie Hammer, Tom Bateman, Annette Bening, Russell Brand, Ali Fazal, Rose Leslie, Dawn French, Sophie Okonedo, Jennifer Saunders, Letitia Wright, and director Kenneth Branagh. How long will Disney wait before it pulls the plug? Sony Pictures will be in focus once again post that, with its long-in-the-works adaptation of the Uncharted PlayStation video game — led by Tom Holland and Mark Wahlberg — currently lined up for February 18.

In addition to Leto as Dr. Michael Morbius who gives himself powers after accidentally infecting himself with a form of transgenic vampirism, the Morbius movie also stars Matt Smith as Morbius' friend Loxias Crown who suffers from the same blood disease as Morbius, Adria Arjona as Morbius' scientist fiancée Martine Bancroft, Jared Harris as Morbius' professor mentor, Al Madrigal as an FBI agent hunting Morbius, Tyrese Gibson as a superpowered FBI agent also hunting Morbius who has a “hi-tech weapons-grade arm”, and Michael Keaton returning as Adrian Toomes/ Vulture from Spider-Man: Homecoming. Yes, Morbius is part of Sony's Spider-Man Universe alongside the Venom movies.

Morbius is now slated to release April 1 in cinemas worldwide. In India, Morbius will be available in English, Hindi, Tamil, and Telugu.