What do they tell us about the future of the MCU? 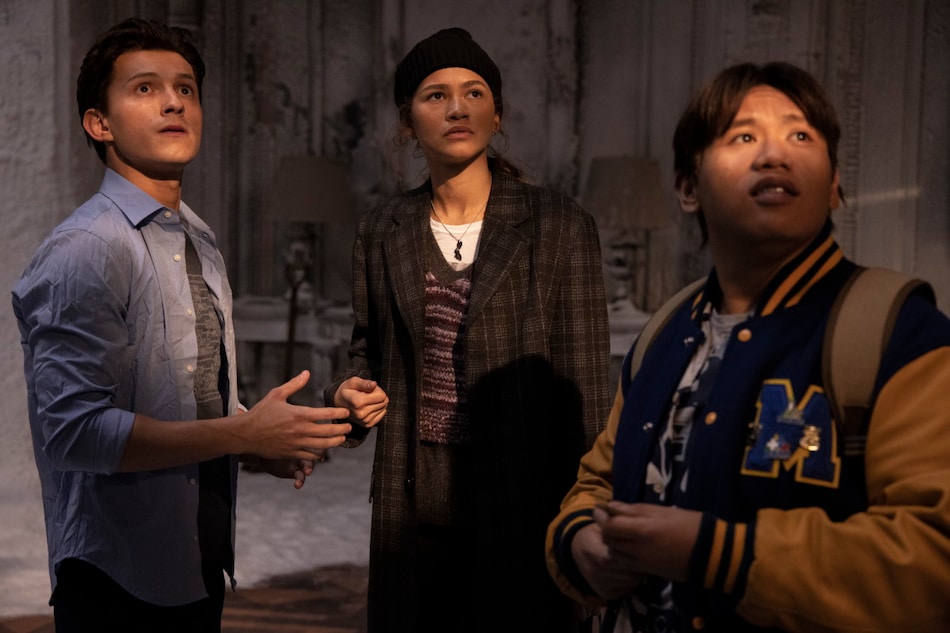 Spider-Man: No Way Home — out now in cinemas worldwide — sends Tom Holland's Peter Parker/ Spider-Man on his craziest solo adventure yet, as he faces off with returning villains from five other Spider-Man movies. But what about his future? Holland has been hemming and hawing, and others who gave some concrete info have tried to walk back their comments. The No Way Home ending leaves Parker on a clean slate of sorts, and the scenes during the credits don't tell us anything new about the future of Holland in the Marvel Cinematic Universe. That said, the Spider-Man: No Way Home mid-credits scene does set up a new face-off should Spidey return. There's only one scene to be fair, the No Way Home post-credits scene is a trailer.

Warning: major spoilers ahead for Spider-Man: No Way Home. Proceed at your own risk.

Having cured all the old Spider-Man villains, the MCU's Peter Parker (Holland) discovers that Doctor Strange (Benedict Cumberbatch) is struggling to hold their universe together. As Parker approaches him, Strange warns him that he can't hold down the fort much longer and that more threats from all other dimensions are starting to filter through. Parker then wonders if things will go back to normal if Strange were to use the original spell: make everyone forget Peter Parker. Strange says it would but asks him if he's sure. After Parker nods, Strange tells him to bid his goodbyes as he has little time.

Parker first swings down to have a final chat with the other Peter Parkers, played by Tobey Maguire (from the Spider-Man trilogy) and Andrew Garfield (from the two The Amazing Spider-Man movies). He thanks from their help, before swinging away to see his girlfriend MJ (Zendaya) and best friend Ned Leeds (Jacob Batalon), where he delivers the bad news. They are about to forget he ever existed. MJ tells him he loves him, but before Parker can reply, she tells him to say it to her when he sees her again. Ned makes Parker promise that he will fix things.

As Strange's spell is about to kick in, Parker swings away — I wonder what would happen if he just stayed in front of their faces as they forgot him. The visiting Peter Parkers fade into thin air and are transported back into their own universes. The cured villains — Dr. Norman Osborn/ Green Goblin (Willem Dafoe), Dr. Otto Octavius/ Doctor Octopus (Alfred Molina), Flint Marko/ Sandman (Thomas Haden Church), Curt Connors/ Lizard (Rhys Ifans), and Max Dillon/ Electro (Jamie Foxx) — follow them.

Days or weeks later, Parker visits the coffee shop that MJ used to work at, with a little note he has prepared. After he walks in, Ned follows him in right after but walks past him. Parker orders a coffee and then listens in on their conversation as Ned congratulates MJ on her acceptance at MIT. As MJ returns with his coffee, Parker congratulates her on MIT — and they have an exchange about MJ's oft-repeated line (“If you expect disappointment, you can never be disappointed.”) MJ is taken aback how this stranger knows that.

All You Need to Know About Spider-Man: No Way Home

Parker tries to bring himself up to broaching the topic, but then reconsiders likely because he sees how MJ's life is better off now. He turns around and leaves the coffee shop, breaking the promise he made to MJ and Ned. Soon after, Parker moves into a tiny new apartment, and then goes swinging around New York during Christmas in a new suit that he seems to have designed for himself.

The mid-credits scene in Spider-Man: No Way Home finds Eddie Brock/ Venom (Tom Hardy) — from Venom and Venom: Let There Be Carnage — wearing a Mexico hat and drinking at a bar. He's talking to the bartender (Cristo Fernández, from Ted Lasso) who has been telling him about the kinds of superheroes and villains that exist in the MCU. It's blowing Brock's mind (a billionaire flying in a tin suit? A purple alien who likes stones?).

Brock then wonders if they — Venom always talks in a “we” persona — should maybe visit this Spider-Man in New York. The Spider-Man: No Way Home mid-credits scene is tied to the Venom: Let There Be Carnage mid-credits scene, where Brock was seemingly transported into the MCU and learnt about Parker's real identity on the news. His teleportation into the MCU makes a little more sense after you've seen Spider-Man: No Way Home — it's thanks to that Strange spell.

Though it makes no sense why Brock is really here. After all, he doesn't know any Peter Parker? It's not something we've been told ever in the Venom movies. Anyway, back to the Spider-Man: No Way Home mid-credits scene.

The bartender wants Brock to settle the bill before he leaves for New York to look for Spider-Man, but before any of that can happen, Strange's second spell from the end of Spider-Man: No Way Home kicks in — sending Brock back to his universe. Well not all of him it seems, as the camera trains on a little black goo that's been left behind. What's the logic to this now? Why does a piece of Venom get to stay?

Truth be told, this is a purely cynical motive that allows Sony Pictures to have either Holland and Hardy meet one another in the next Venom or Spider-Man movie — or cast someone else as Venom in the MCU. Maybe it'll be that bartender, who knows.

This is new for the MCU, at least going by my memory. The post-credits scene in Spider-Man: No Way Home is not a scene — instead, it's a first trailer for the next Marvel movie, Doctor Strange in the Multiverse of Madness, led by Benedict Cumberbatch and Elizabeth Olsen. I suppose it will be released online soon, but until then, here's what goes down in the Doctor Strange in the Multiverse of Madness trailer.

It starts off with Strange's words from earlier in Spider-Man: No Way Home, about how we know frighteningly little about the multiverse. We then see Strange pay a visit to Wanda Maximoff/Scarlet Witch (Olsen) who's gotten into farming it seems since the WandaVision days. He asks her how much she knows about the multiverse. There's a whole lot of action, Christine Palmer (Rachel McAdams) getting married while Strange looks on, and first looks at America Chavez (Xochitl Gomez) and the new hairdo for mentor-turned-enemy Karl Mordo (Chiwetel Ejiofor).

But easily the biggest reveal — and this will be a SPOILER for those who like to go into movies completely in the dark — is what seems to be the main villain: another Doctor Strange (Cumberbatch), from elsewhere in the multiverse I gather. He's a bit like that Doctor Strange Supreme we met in the Disney+ animated series What If...?

The Doctor Strange in the Multiverse of Madness trailer — or the Spider-Man: No Way Home post-credits scene, depending on how you see it — ends by saying: “Doctor Strange will return.”

Spider-Man: No Way Home is now playing in India in English, Hindi, Tamil, and Telugu. Doctor Strange in the Multiverse of Madness is out May 6, 2022 in cinemas worldwide.