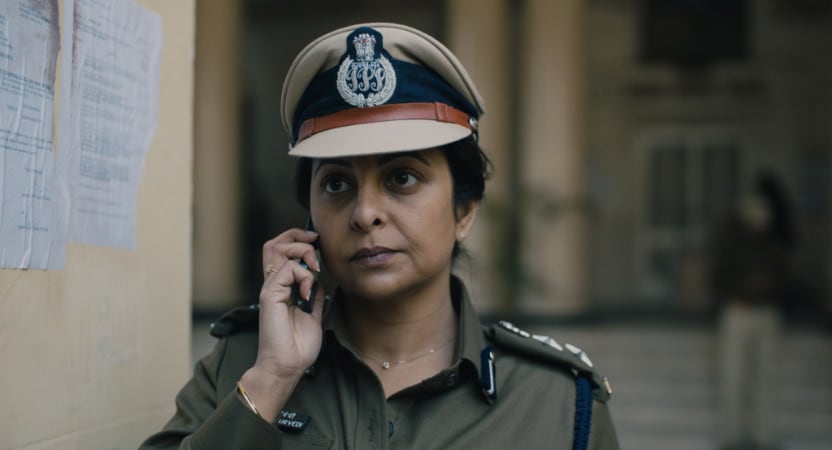 Netflix has acquired Delhi Crime — a seven-part police procedural thriller series from Indo-Canadian writer-director Richie Mehta (Amal, Siddharth), just hours before its premiere at the 2019 Sundance Film Festival — and announced a release date for its members: March 22, 2019. The first season of Delhi Crime is “inspired by and follows the notorious December 2012 investigation by the Delhi Police into a devastating rape of a young woman that reverberated across India and the world. Throughout seven hour-long episodes, Delhi Crime captures the complexities of the scrutiny, the emotional toll on the investigating team, and their determination to bring the perpetrators to justice in a fraught environment.”

Deadline claims that Netflix has picked up Delhi Crime with a two-season order, and the second season “will follow many of the same characters as the cops tackle a new crime”. Originally titled ‘Delhi Crime Story', possibly influenced by American Crime Story, Delhi Crime is set to premiere Tuesday, January 29 at Sundance's Indie Episodic section in Park City, Utah. Mehta's first film, Amal, was nominated for six Canadian Screen Awards — the Canada equivalent of the Oscars and the Emmys — and won multiple awards on the festival circuit. His last feature film, Siddharth, picked up three Screen Awards nominations after winning a couple of festival awards.

“The making of Delhi Crime has been a personally transformative journey; speaking to every individual involved, retracing the paths that the police took during the course of the investigation, and hearing of the determination that it took for the case to be closed, despite severe limitations,” Mehta said in a prepared statement. “I hope that we've been able to provide context, catharsis and open once again a difficult conversation that must be had about the forces that enabled this brutality.”

Mehta added that over six years of research went into the making of Delhi Crime, which has been shot on location in New Delhi. The show came about after Mehta had a conversation with Neeraj Kumar, a former Commissioner of the Delhi Police, who “introduced him to the investigating team, and offered access to hundreds of pages of legal documents that were prepared as part of investigation”.

“Delhi Crime is an important story told with sensitivity and responsibility, and we are honoured to help bring this series to Indian and global members,” Simran Sethi, Netflix's director of international originals, said. “It is honest and emotional and powerful. Shows like this bring a much-needed lens to the lived reality of women around the world. Watching this series is an affecting experience, and we are sure it will be as meaningful of an experience for Netflix audiences as it was for us.”