She-Hulk, House of the Dragon, Never Have I Ever, and More: August Web Series on Netflix, Hotstar, Prime Video

Alongside Peacemaker, The Sandman, Crash Course, and Delhi Crime season 2. 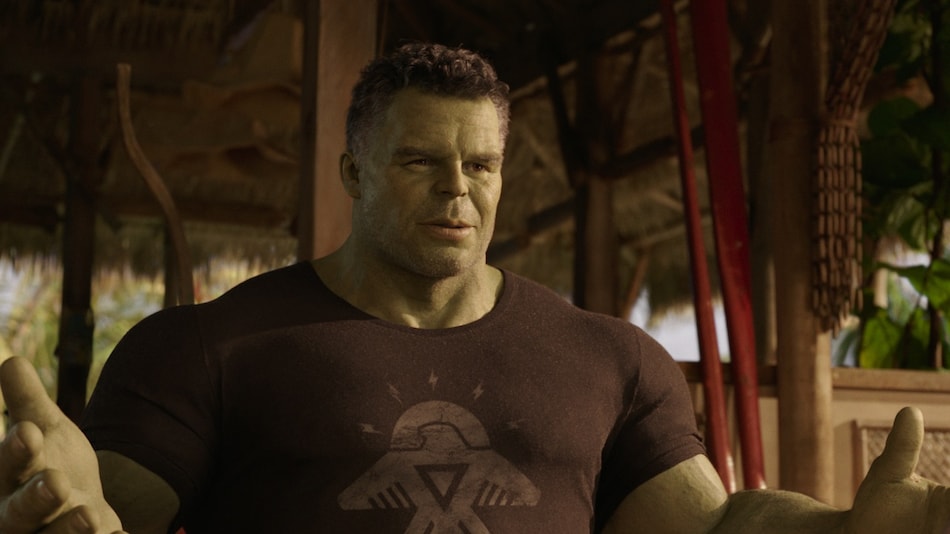 Mark Ruffalo as Smart Hulk in She-Hulk: Attorney at Law

In August, seemingly every major Hollywood franchise has a new TV series on offer. Marvel Studios unveils a new green monster in She-Hulk: Attorney at Law, debuting August 17 on Disney+ Hotstar. DC Comics, meanwhile, has the John Cena-led Peacemaker — it arrives August 14 on Amazon Prime Video in India, over half a year after its US premiere. August also heralds the return of Westeros on TV, as the first Game of Thrones spin-off House of the Dragon begins August 22 on Disney+ Hotstar. And while Star Wars was set to drop Rogue One spin-off Andor at the very end of the month, it's now been pushed to September.

From India, both Netflix and Prime Video have announced one original as yet. The former gives us the second season of the International Emmy-winning Delhi Crime, with the police drama series returning August 26. As for the latter, it has a Kota coaching institute coming-of-age drama in Crash Course — but it's not like Kota Factory, as I will tell you in a minute. Crash Course drops all episodes August 5 on Netflix. There is another coming-of-age web series in August that features Indians, or rather people of Indian origin. Never Have I Ever — the Mindy Kaling-created comedy series — is back for its third season August 12 on Netflix.

Darlings, Morbius, The Walking Dead Season 11, and More on Netflix in August

There are a lot more TV shows coming out in August. The Sandman — a live-action adaptation of one of the greatest graphic novels of all time — is one you should definitely keep an eye on. You can learn more about it below. And beyond the eight shows featured below, you can discover even more upcoming web series on our dedicated page. Prime Video has multiple seasons of Doom Patrol and Raised by Wolves in August, Netflix has The Walking Dead's latest season, Disney+ Hotstar has another Marvel title with Guardians of the Galaxy, and Apple TV+ has two new series, alongside the end of a third one with Jason Momoa.

With that, here's our TV shows and web series guide for August 2022.

When: August 5
Where: Amazon Prime Video

Seemingly not happy with Netflix buying Kota Factory, Amazon has commissioned one of its own. Though going by the trailer, this one is clearly infusing more drama into the proceedings. Teenagers are beating each other for reasons not entirely clear. One of the students might be getting too close to a staff member. And Annu Kapoor — who plays Arvind Batra, the head of a coaching institute — is shouting at the top of his lungs, declaring he can't tolerate being second.

Stuck between Batra and Ratanraj Jindal (the guy who owns a rival institute) are eight new students who have come to Kota with mighty dreams and ambitions. But as the pressure and competition get to them, cracks start to appear in their friendships, first loves turn into heartbreaks, and — in what feels ripped from headlines — lives are put at risk. Crash Course is promising a coming-of-age series against the backdrop of adults bickering over who earns the most money.

Manish Hariprasad — an associate producer on Chennai Express and No One Killed Jessica — is the creator and writer on Crash Course. Gully Boy actor Vijay Maurya directs all 10 episodes, which are available together at once on August 5.

When: August 5
Where: Netflix

Neil Gaiman's seminal comic book — regarded as one of the greatest graphic novels of all time — is finally coming to our TV screens. The 10-episode first season is expected to cover the first two volumes, “Preludes and Nocturnes” and “The Doll's House”, which make up the first 16 issues. The Sandman ran for 75 issues, published between 1988 and 1996.

Like the comics, The Sandman follows Dream (Tom Sturridge), who is the personification of dreams and stories. After escaping a 105-year-long imprisonment at the hands of a group of black magic occultists, Dream sets out to reclaim his lost equipment and to restore order in his Kingdom of Dreaming. That involves confronting rogue dreams who escaped during his absence.

All 10 episodes of The Sandman are available August 5 on Netflix.

Never Have I Ever season 3

When: August 12
Where: Netflix

Now that Devi (Maitreyi Ramakrishnan) and Paxton (Darren Barnet) are officially dating, her social status is skyrocketing at Sherman Oaks High School. But some girls can't believe it, and in turn, Devi starts to question her own relationship. As Devi realises her problems aren't over, a new Indian-American boy enters the scene: Des (Anirudh Pisharody).

Meanwhile, her friends Eleanor (Ramona Young) and Fabiola (Lee Rodriguez) are dealing with own problems, including the everyday pressures of high school. Poorna Jagannathan (Devi's mother), Richa Moorjani (Devi's cousin Kamala), and Jaren Lewison (Ben) are all back too — and the trailer reveals that Devi's nani (K.T. Thangavelu) will feature too.

Mindy Kaling and Lang Fisher return as head writers, with Fisher also serving as showrunner. Never Have I Ever has already been renewed for a fourth and final season, set to premiere in 2023.

All 10 episodes of Never Have I Ever season 3 are out August 12.

Darren Barnet as Paxton, Maitreyi Ramakrishnan as Devi in Never Have I Ever season 3
Photo Credit: Lara Solanki/Netflix

When: August 14
Where: Amazon Prime Video

Seven months on from its American premiere, the spin-off series centred on John Cena's titular jingoistic killer — first introduced on last year's soft-reboot The Suicide Squad movie — is coming to an OTT platform in India. (That also means you can enjoy the viral, glorious Peacemaker intro for yourself as it was meant to be seen.)

Peacemaker is set following the events of that movie, in which he was considered dead but miraculously brought back in a post-credits scene. After recovering at the hospital, Christopher “Peacemaker” Smith (Cena) is forced to join black ops squad Project Butterfly that is on a mission to eliminate parasitic butterfly-like creatures who have taken over human bodies.

The only good thing about the long wait is that you don't have to wait between new episodes. All eight Peacemaker episodes are available August 14 on Prime Video.

When: August 17
Where: Disney+ Hotstar

The next chapter of the ever-growing Marvel Cinematic Universe centres on Hulk/ Bruce Banner's (Mark Ruffalo) lawyer cousin. After accidentally being contaminated with his blood, single attorney Jennifer Walters (Tatiana Maslany) must balance her newfound powers and her legal casework. As Bruce notes in the She-Hulk trailer, being a Hulk is all about balance — and spandex.

Lastly, Charlie Cox returns as Matt Murdock/ Daredevil, after a cameo in Spider-Man: No Way Home. Jessica Gao (Rick and Morty, Corporate) is the creator and head writer on the new Marvel series. Kat Coiro (Marry Me, Girls5Eva) directs all nine half-hour episodes.

Watch the Hilarious Trailer for She-Hulk: Attorney at Law

House of the Dragon

When: August 22
Where: Disney+ Hotstar

Game of Thrones is back. Well, in a manner of speaking. Set two centuries before that HBO epic, the first Game of Thrones spin-off follows the Targaryen family, as you can no doubt tell from the title. More specifically, it follows the beginning of their end, thanks to a war of succession that was referred to as Dance of the Dragons in the history books — and on Thrones too.

In fact, House of the Dragon is based on an in-world history book, Fire & Blood, penned by George R.R. Martin himself. Unlike his A Song of Ice and Fire novels, it's not written in prose. Think of it as an encyclopaedia of sorts. The new Thrones spin-off series is based entirely on the second half of Fire & Blood, which is the first of two planned volumes.

Martin created the series with Ryan J. Condal (Colony), with the latter serving as co-showrunner alongside Miguel Sapochnik, a Game of Thrones veteran. Sapochnik has directed multiple episodes on House of the Dragon season 1, including the first episode. Ramin Djawadi, another Thrones alum, serves as the background score composer.

Watch the Fiery Trailer for House of the Dragon

When: August 26
Where: Netflix

Over three years after an acclaimed first season, the International Emmy-winning police drama is back. Upon their return, DCP Vartika Chaturvedi (Shefali Shah) and her two close associates — newly-promoted Neeti Singh (Rasika Dugal) and Bhupendra Singh (Rajesh Tailang) — are chasing after a “heinous gang of killers” who are targeting the capital city's “vulnerable senior citizens.”

All Delhi Crime season 2 episodes will be available August 26 on Netflix.

Never Have I Ever Season 3