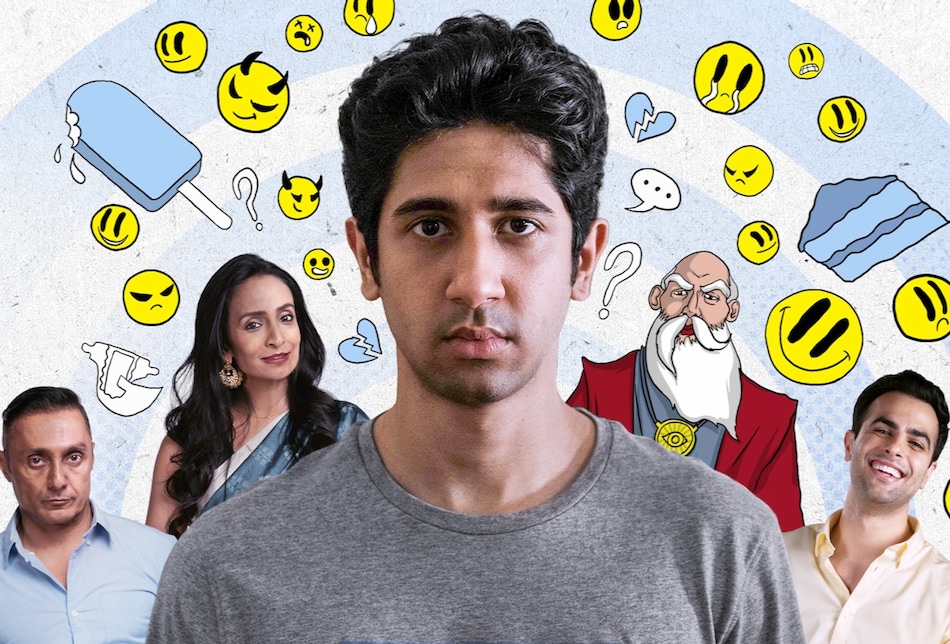 Netflix is getting in bed with Zoya and Farhan Akhtar. On Wednesday, the world's biggest subscription-based video streaming service announced a partnership with their respective production houses, Tiger Baby and Excel Media. (Tiger Baby is owned by Zoya Akhtar and Reema Kagti, while Excel Media was founded by Farhan Akhtar and Ritesh Sidhwani.) The first Netflix original to emerge out of this new deal is young adult dramedy series Eternally Confused and Eager for Love — coming March 18 — about awkward 24-year-old Ray (Vihaan Samat) and his imaginary friend Wiz. You can see the teaser below, and the Eternally Confused and Eager for Love trailer is dropping Friday, February 18.

Sidhwani said in a prepared statement: “Eternally Confused and Eager for Love is a labour of love. Rahul Nair has been able to capture the reality and hilarity of what most of today's young people deal with — it also has a lot of heart, and marks the beginning of our association with Netflix. We're passionate about sharing our work with the service's global audience.”

Kagti added: “Eternally Confused and Eager for Love is a fresh take on the daily struggles of Ray, a young adult, as he navigates the complexities of love, relationships and sex in a postmodern world. We are very excited to have collaborated with first-time director Rahul Nair along with Excel Entertainment and Netflix on a series which will definitely connect with the younger generation today. It is very relevant to them.”

Netflix India's content VP Monika Shergill said: “Eternally Confused and Eager for Love, as its unique name suggests, is a complex and hilarious exploration of the dating lives of young adults. Debutant writer and director Rahul Nair brings a distinctive voice to the series and has beautifully captured the day-to-day dilemmas of friendships, dating and relationships in these modern times. With this warm hearted entertainer, we mark the beginning of our association with the powerhouse storytellers, Tiger Baby and Excel Entertainment.”

Here's the official synopsis for Eternally Confused and Eager for Love:

Ray is an awkward young man who is navigating adulthood and the daunting world of romance in the 21st century. He does this with the help of ‘Wiz', a personification of Ray's inner voice, who tells us what Ray cannot say out loud. In a quest to understand if he wants sex, love or a relationship, Ray goes through a series of work-life misadventures and indecisions, continually finding himself, Eternally Confused and Eager for Love.

Tiger Baby is best known for co-producing the Ranveer Singh and Alia Bhatt-led hip-hop drama Gully Boy. Its next project is the upcoming second season of Made in Heaven — for Amazon Prime Video — whose production has repeatedly been delayed due to the ongoing COVID-19 pandemic. At Netflix, Tiger Baby also has a live-action take on the famous Archies comic books set in 1960s India, its first solo venture.

Excel Media — better known as Excel Entertainment — is known for Dil Chahta Hai, Don, and Zindagi Na Milegi Dobara. On streaming, they have a long-standing partnership with Amazon, resulting in originals such as Mirzapur, Inside Edge, and Made in Heaven (co-produced with Tiger Baby). Their next feature is horror comedy Phone Bhoot with Katrina Kaif, Siddhant Chaturvedi, and Ishaan Khatter.

Netflix's Tiger Baby and Excel Media deal will kick off with Eternally Confused and Eager for Love premiering March 18 on Netflix worldwide. Trailer is out February 18.