Spider-Man: Across the Spider-Verse Trailer Swings Through India in First Look

Plus, a reunion for Miles Morales and Gwen Stacy. 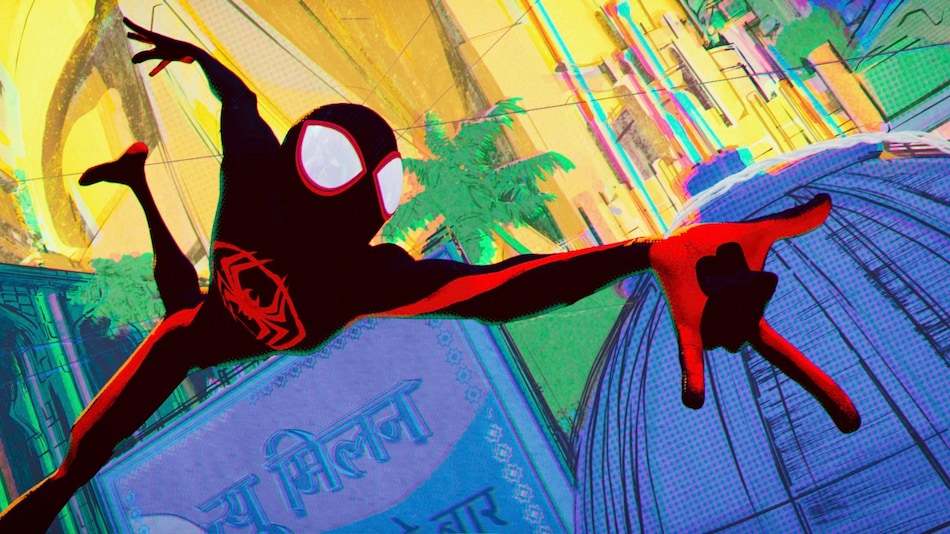 Yep, that's Hindi behind Miles Morales in Spider-Man: Across the Spider-Verse trailer

Alongside, Sony Pictures India announced that Spider-Man: Across the Spider-Verse will be available in English, Hindi, Tamil, and Telugu in cinemas in India.

Miles is listening to “Sunflower” — the hit song by Post Malone and Swae Lee introduced in Into the Spider-Verse — in his bedroom when the Spider-Man: Across the Spider-Verse (Part One) trailer opens. He has no clue that there's a multi-dimension portal open above him, through which Gwen is staring at home. After Gwen finally gets his attention by shouting his name, the awkward Miles tries to clean up his act and inquire about her well-being. “Ugh, it's a long story,” Gwen says, “is this the room you grew up in?” Miles tries to play it off by hiding items that are not very “adult”, before Gwen chances upon his drawings in a book. She thinks they are good, but her face changes after she spots one of herself.

“I missed you too,” Gwen says cheekily as she hands him his book back. Miles wonders what Gwen is doing here in his dimension, as he assumed he would never see her again. “Wanna get out of here?” Gwen asks him without providing a response, though it's possible the Spider-Man: Across the Spider-Verse (Part One) trailer is cutting something in between to hide spoiler-y stuff. Miles says he is grounded at home, and Gwen spins out the window as she says “Bummer.” As Miles races out to catch her again, Gwen asks Miles: “Is Spider-Man grounded?” Miles dithers for a bit, but as Gwen raises her eyes in her Spider-Woman costume, Miles seemingly agrees.

Cut to Miles in costume being thrown through dimension portals, before ending up in what we soon realise is a futuristic version of India that Spider-Man: Across the Spider-Verse (Part One) has cooked up. The background music changes to confirm that, with Indian instruments scoring the scene. You can even spot words in Devanagari script in the background, including “New Milan Family Resto Bar” and then onomatopoeia with “dhadaam” — that loosely translates as crash here in Spider-Man: Across the Spider-Verse (Part One) trailer — as Spider-Man 2099/ Miguel O'Hara (Oscar Isaac) comes hurtling through another portal and crashes into Miles. Soon, they are jumping through another portal into another dimension.

'Face With Tears of Joy', 'Red Heart' Most Used Emojis of 2021: Unicode Consortium