Eleven and Co. will have the “best spring break ever”. 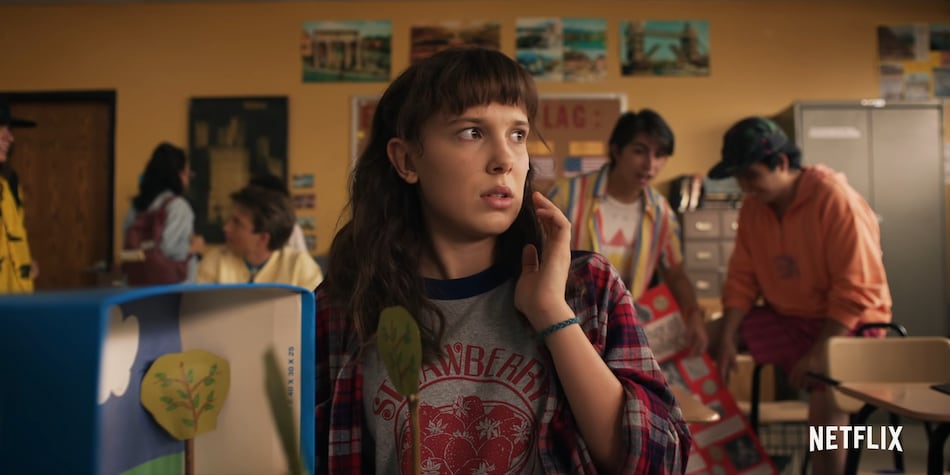 “Dear Mike, today is day 185. I think I have finally adapted,” Eleven says at the start of the new Stranger Things 4 teaser. I'm guessing the number of days refers to their time apart. The trailer gives us a glimpse of Joyce's sons, Will (Noah Schnapp) and Jonathan (Charlie Heaton), before taking us to their new California school. Eleven continues: “I even like school now. I have made lots of friends.” She seems to be lying about that last bit, as we see her wave ignored and then bullied by a couple of other girls.

“Even so, I am ready for spring break, mostly because I get to see you,” Eleven concludes, just as the Stranger Things 4 teaser trailer flips to Mike reading her letter. “We will have the best spring break ever,” Eleven's voice adds to a black background, before the new trailer shows what how horrible it will actually end up being: eerie dolls, gunshots, soldiers, skidding cars, helicopters, Humvees, a big explosion, and what seems like two covert agents holding onto Eleven. Best spring break, sure.

As for the episode titles, here's what the nine season 4 episodes will be called —

Stranger Things season 4 episode 7 has a very ominous title, “The Massacre at Hawkins Lab”, and it's clear that the scientists are up to no good. Episode 8 “Papa” feels like it's talking about Dr. Martin Brenner, the head scientist at Hawkins National Laboratory (HNL), who made the children he experimented on refer to him as Papa. Dr. Brenner is returning on Stranger Things 4. And the fourth episode “Dear Billy” could be about the late Billy Hargrove, from the point of view of his grieving sister Max Mayfield (Sadie Sink).

Stranger Things 4 will premiere in summer 2022 on Netflix. This refers to the American summer period which lasts from July to September. Stranger Things seasons 1 and 3 also dropped in the summer.