“Eleven, are you listening?” 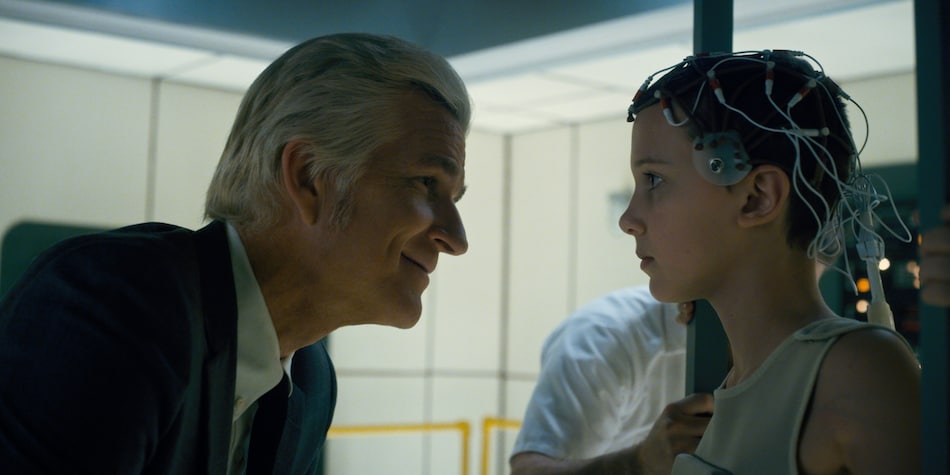 Stranger Things 4 teaser reveals that the Netflix series might bring back Matthew Modine as Dr. Martin Brenner, the head scientist at Hawkins National Laboratory (HNL) who experimented on children including Eleven (Millie Bobby Brown). Released Thursday, a new minute-long teaser for Stranger Things season 4 shows a bunch of young kids — dressed in the same one-piece that we first saw Eleven in back in season 1 — in a playroom, with one of the toys possibly picking the numbers used to identity the children. Cut to Modine's Brenner (or rather his back) as he walks into the aforementioned room.

“Good morning, children,” Brenner declares in the Stranger Things 4 teaser as the camera turns away from the door, with the kids replying, “Good morning, Papa.” Brenner then adds, “How are you today?” and gets a chant-like “Good, Papa,” in return. Brenner continues, “Good. I'm glad to hear it. Because today, I have something very special planned for you.” As the camera continues to pan away, Brenner's voice slowly gives way to someone panting, just as the camera reveals a door with the “11” nameplate on it. Cut to Eleven's eyes as Brenner whispers: “Eleven, are you listening?”

The new Stranger Things 4 teaser suggests that Brenner is showcasing Eleven's abilities to the other children at Hawkins National Laboratory. And given the brief glimpse we get of Eleven's face, this seems very much like a flashback scene — which might also explain how Brenner is back. If you will recall, Brenner was killed by the Demogorgon in Stranger Things season 1 finale. But, for what it's worth, a former HNL worker claimed that Brenner was still alive. And Stranger Things creators the Duffer Brothers have noted that no one is dead if you don't see a body — a classic movie rule.

Brenner acknowledged their words in an interview with NME last October: “I love that the [Stranger Things] fans are trying to figure out where Dr. Brenner is, because we're all wondering, you know, is he in the Upside Down? Did the Demogorgon drag him away? Is he going to re-emerge? And the show's creators, the Duffer Brothers, have said that unless you see a body, the character's not dead. And obviously we never saw Dr. Brenner's body.”

Stranger Things 4 is expected to release in 2022 on Netflix. It is currently in production.