Shaadisthan director Raj Singh Chaudhary is behind the camera on this ‘80s Rajasthan thriller. 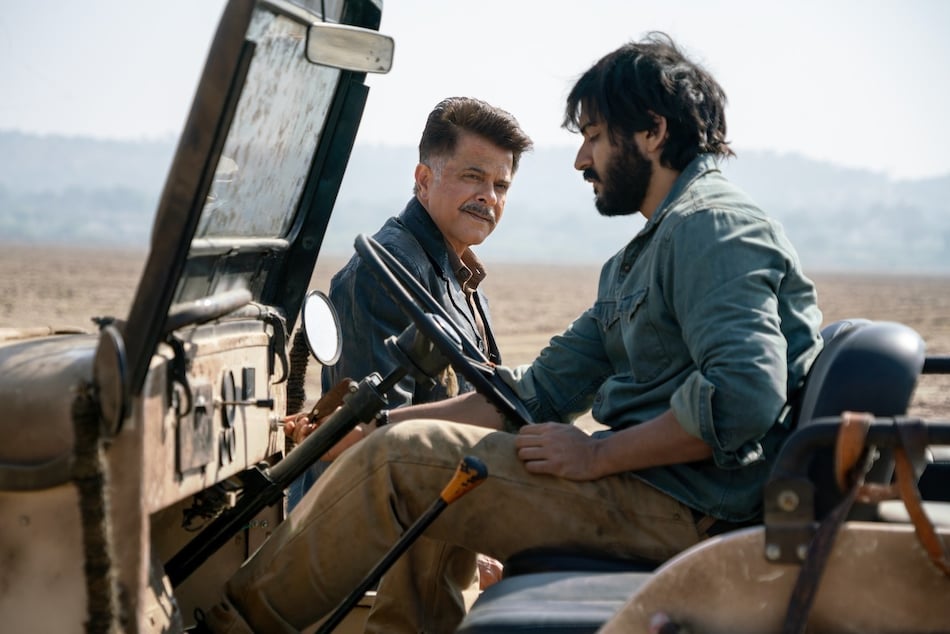 The Kapoor father and son are returning to Netflix. On Monday, Netflix announced a new revenge thriller movie called Thar that stars Anil Kapoor and Harsh Varrdhan Kapoor alongside Fatima Sana Shaikh (Dangal) and Satish Kaushik (Deewana Mastana) — with a series of first looks. Set in the ‘80s, Thar follows Siddharth (Harsh Varrdhan) who moves to the Rajasthan city of Pushkar for a job and “embarks on a journey to avenge his past. Will he succeed or does Pushkar have something else to offer him?” Netflix claims Thar is inspired by noir and Western genres. Raj Singh Chaudhary (Shaadisthan) is the writer and director on Thar, and the film will premiere in summer 2022 on Netflix.

Chaudhary co-wrote and directed the Disney+ Hotstar original Shaadisthan. He has previously co-written the 2009 drama Gulaal with Anurag Kashyap, and contributed to the story on Kashyap's 2007 thriller No Smoking. On Thar, Chaudhary is working with cinematographer Shreya Dev Dube (the black-and-white Bengali film Cat Sticks) and composer Ajay Jayanthi (a mix engineer on Mirzapur).

“I am extremely proud of what we have achieved with Thar and am super excited about the film for several reasons,” Anil Kapoor said in a prepared statement. “The genre itself — a noir thriller set in Rajasthan that pays tribute to the genre of the classic Western is a first for Indian cinema and audiences.

“Thar is a playground where the dynamism of new blood meets the experience of industry stalwarts, both on and off screen. On screen we see the fresh pairing of Harsh Varrdhan Kapoor and Fatima Sana Sheikh, and off-screen we see director Raj Singh Chaudhary creating magic with a team of ambitious risk-taking debutantes, director of photography Shreya Dev Dube and music composer Ajay Jayanthi.

“As an actor and a producer, I have always strived to push the envelope and disrupt the status quo with innovative content. Thar is a manifestation of this obsession and I'm thrilled to have a partner as supportive and collaborative as Netflix to take this story as far and wide as it can go. We, at AKFC Network truly believe that audiences in India and across the globe will love and embrace the film for all its beauty, grit and thrill.”

Netflix India director for films and licensing Pratiksha Rao added: “At Netflix, we are huge fans of films, just like our members. Bringing to them the most entertaining and diverse films is not possible without taking creative swings with passionate filmmakers, and Thar is an example of such storytelling. We were drawn towards Raj's passionate vision for the unique story, and were excited to collaborate with AKFC.”

Thar will be released in summer 2022 on Netflix worldwide.