Doctor Strange in the Multiverse of Madness, Bhool Bhulaiyaa 2, and More: May Movie Guide to OTT and Cinemas 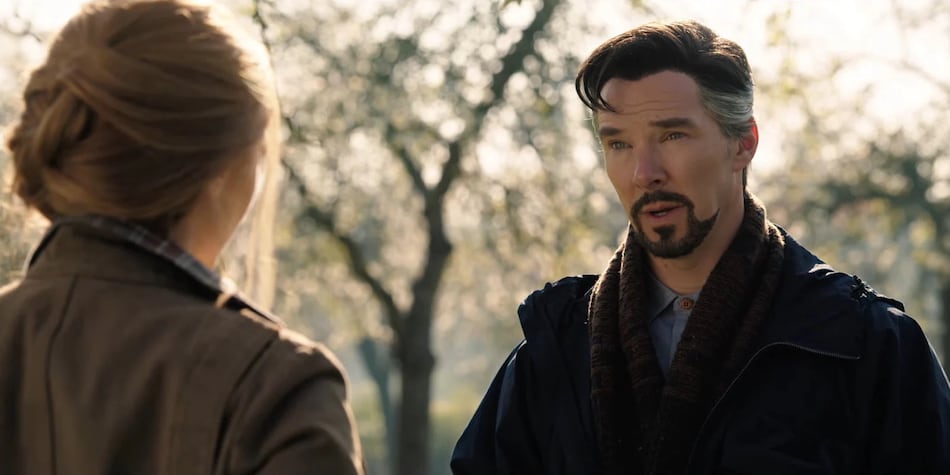 Benedict Cumberbatch in Doctor Strange in the Multiverse of Madness

The biggest movie from India in May 2022 is the sequel to Priyadarshan's 2007 horror comedy, Bhool Bhulaiyaa 2, with Kartik Aaryan, Kiara Advani, and Tabu. Bhool Bhulaiyaa 2 is out May 20 in cinemas worldwide. A week prior to that, Ranveer Singh plays a feminist Gujju bhai in Jayeshbhai Jordaar. That film is out May 13 in cinemas. And a week prior to that, father-son duo Anil and Harsh Varrdhan Kapoor lead the crime thriller Thar — out May 6 only on Netflix. Over on Amazon Prime Video on the same day, we'll get Keerthy Suresh and Selvaraghavan in the Tamil-language revenge drama Saani Kaayidham. Lastly, the Ayushmann Khurrana-led action thriller Anek is slated for a May 27 debut, but we don't even have a trailer yet. 🤷🏻‍♀️

The 9 Biggest Web Series in May on Netflix, Hotstar, Prime Video, and Apple TV+

Escaype Live, Obi-Wan Kenobi, Home Shanti, IPL, and More on Hotstar in May 2022

But that's not all in May. You can discover more films below, as well as at the very end — in a table — where we list every film out this month. With that, here's our movie guide to May 2022 to cinemas, Netflix, Amazon Prime Video, Mubi, Disney+ Hotstar, SonyLIV, and Zee5.

When: May 6
Where: Cinemas

Following the multi-versal mania of Spider-Man: No Way Home, Benedict Cumberbatch's Doctor Strange has to deal with similar problems of his own. But in his case, other versions of him aren't helping. Rather, one of them — Sinister Strange — is actively sabotaging him. Our Strange takes help from the new Sorcerer Supreme Wong (Benedict Wong) and former Avenger Scarlet Witch/ Wanda Maximoff (Elizabeth Olsen) to restore order to the world, the universe, and everything beyond.

Chiwetel Ejiofor returns as Strange's former mentor Karl Mordo who switched sides at the end of the first Doctor Strange film, alongside Rachel McAdams as Strange's former surgeon colleague and lover Christine Palmer. All of Cumberbatch, Wong, Olsen, Ejiofor and McAdams play multiple versions of their characters on Doctor Strange in the Multiverse of Madness. Xochitl Gomez is new to the Marvel Cinematic Universe as America Chavez, a teenager who can travel between dimensions.

Sai Raimi — best known to superhero fans for the Tobey Maguire Spider-Man trilogy — is the director on Doctor Strange in the Multiverse of Madness. The screenplay comes from Michael Waldron, who created the Tom Hiddleston-led Disney+ series Loki.

When: May 6
Where: Netflix

Father and son duo Anil and Harsh Varrdhan Kapoor lead this neo-noir Western-inspired crime thriller set in eighties Rajasthan in the sleepy desert town of Pushkar, where a series of violent killings have occurred. Arriving in Pushkar for a new job, antique dealer Siddharth (Harsh) is also on a journey to avenge his past. And his path crosses with local cop Surekha Singh (Anil) who sees the murders as the chance to prove himself.

When: May 13
Where: Cinemas

With a heavy (fake) accent, Ranveer Singh plays the feminist son of a patriarchal Gujarati couple (Boman Irani and Ratna Pathak Shah), who takes off on a road trip with his pregnant wife Mudra (Shalini Pandey) in this Aditya Chopra-produced comedy-drama, after it's revealed she's going to have a second daughter. With the police after them and everyone around them ready to snitch at a moment's notice, how far will they get? Can Jayeshbhai usher those around him into the next millennia?

The Worst Person in the World

Adrift and aimless, an indecisive millennial (Renate Reinsve) living in Oslo navigates love, career, and a pursuit for meaning in this fantastic movie from director Joachim Trier. The Worst Person in the World spans four years of her life — presented in 12 chapters, a prologue, and an epilogue — as Julie switches multiple professions, dates a guy 15 years older than her, contemplates an affair, and ponders the idea of being a mother.

Anders Danielsen Lie and Herbert Nordrum play two of Julie's love interests. The Worst Person in the World is the final part of Trier's spiritual Oslo Trilogy that also includes the 2006 comedy-drama Reprise, and the 2011 drama Oslo, August 31st.

Following a premiere at Cannes 2021, Mubi acquired the India rights to The Worst Person in the World — with the film premiering in India now in May, almost a year on from its Cannes debut.

When: May 20
Where: Cinemas

Manjulika is back after a decade and a half — and all over the Bhool Bhulaiyaa 2 trailer. In the sequel to Priyadarshan's 2007 horror comedy, Kartik Aaryan's self-proclaimed Rooh Baba / Ruhan Randhawa claims he can see dead people and interact with their spirits. In reality, it's just a big scam. As Rajpal Yadav's returning Chhote Pandit notes: “He's an even bigger rascal than me.”

But after Ruhan opens a forbidden door, he lets out Manjulika who neatly takes the form of Ruhan's love interest Reet Thakur (Kiara Advani). The Bhool Bhulaiyaa 2 trailer also hints that Manjulika might even take the form of Ruhan himself at one point. With an entire village in chaos, the guy who didn't believe in ghosts now must deal with a formidable one.

When: May 27
Where: Cinemas

For over three decades — it's been 36 years since the last film, if you're counting — flight instructor Captain Pete “Maverick” Mitchell (Tom Cruise) has done his best to avoid being promoted. But Maverick must confront his past after he's put in charge of training a new cadet of Top Gun graduates, among whom there's Lieutenant Bradley “Rooster” Bradshaw (Miles Teller), the son of his late best friend Nick “Goose” Bradshaw.

Editor's note: Downton Abbey: A New Era was originally scheduled for a May 20 release in cinemas, but on May 3, Universal Pictures India announced that the movie had been moved to June 3. This is likely due to the fact that Universal has another movie opening on May 20 in The Bad Guys.

The Worst Person in the World