Alongside Raising Dion, Love Is Blind, and more Keeping Up with the Kardashians. 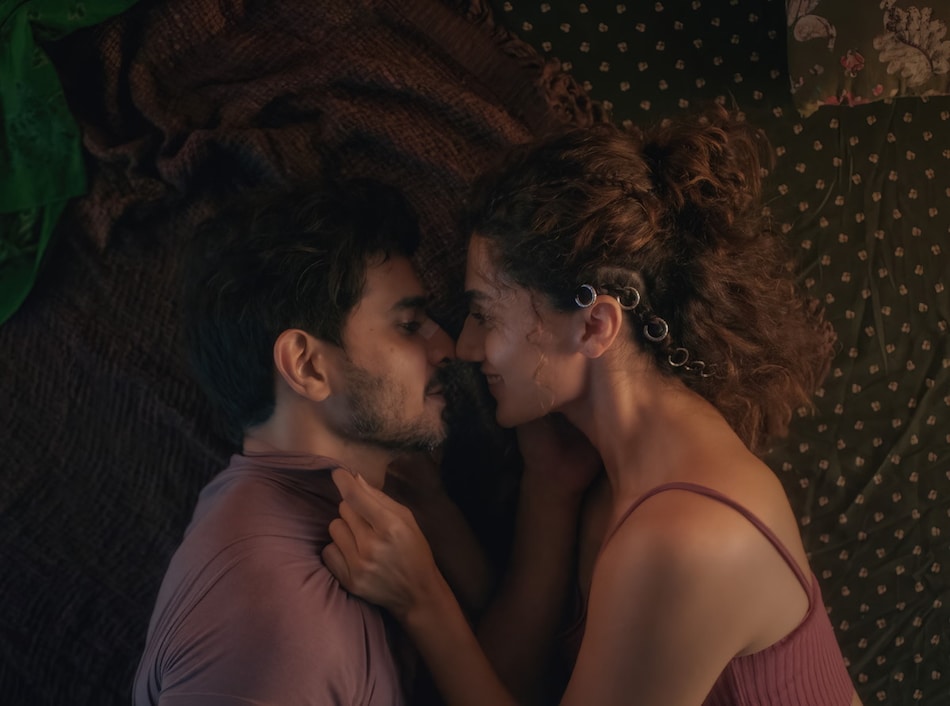 Netflix has announced two originals from India for February so far. Taapsee Pannu and Tahir Raj Bhasin — his second Netflix release in as many months, following Yeh Kaali Kaali Ankhein — lead Looop Lapeta, the Indian remake of Sundance Audience Award-winning Run Lola Run, in which a woman must race against time (emphasis on time) to save her boyfriend after he loses a mobster's cash. Looop Lapeta is out February 4 on Netflix worldwide. The other Indian Netflix original in February is The Fame Game (previously Finding Anamika), wherein Madhuri Dixit Nene plays India's most famous actress who goes missing, with the search for her chipping away at the flawless facade of her life and family. The Fame Game drops all episodes February 25 on Netflix.

Internationally, among new Netflix originals in February, we have Emmy winner Julia Garner (Ozark) in Inventing Anna, about con artist Anna Delvey who duped New York's elite into believing she was a German heiress. Shonda Rhimes' first Netflix series, Inventing Anna premieres February 11 on Netflix. In improvisational crime comedy Murderville — available February 3 — an eccentric detective (Will Arnett) teams up with clueless celebrity guest stars in Conan O'Brien, Kumail Nanjiani, Annie Murphy, and Sharon Stone. Fans of the Cuphead game will be treated to the animated The Cuphead Show! February 18 on Netflix. And the Black Mirror creators give us an over-the-top interactive trivia toon in Cat Burglar, stealing in February 22 on Netflix.

From Gehraiyaan to Uncharted, What to Watch in February

The biggest new Netflix original series in February might in fact be Vikings: Valhalla — out February 25 — though technically speaking, it's a sequel to the long-running Vikings that finished over a year ago. A hundred years have passed when Vikings: Valhalla begins, and with that, comes a new generation of legendary heroes. Returning series in February include the Steve Carell-led Space Force as US military's newest agency struggles for lift-off. Space Force season 2 launches February 18 on Netflix. The mom-son superhero drama Raising Dion also gets season 2 this month — February 1 in fact — with a widowed mom trying to protect her superpowered son and solving the great mystery around his abilities.

If fiction is not for you, Netflix will unveil a docu-series about Ye — also known as Kanye West — in jeen-yuhs: A Kanye Trilogy, charting his life and career over the two decades it spent filming him. Jeen-yuhs: A Kanye Trilogy slides in February 16 on Netflix. Meanwhile, the commitment-driven reality series Love Is Blind returns for season 2 on February 11 — it will drop five episodes at a time. (If you're really into it, there's also a Love Is Blind Japan starting February 8 on Netflix.) For those looking for something trashier, more seasons of Keeping Up with the Kardashians will be available February 17 on Netflix in India.

With that, here's the full list of movies and TV shows coming to Netflix India in February 2022. We've marked Netflix Original titles in bold.

February 10
Into the Wind
State of Mind
Three Christs
Until Life Do Us Part: Season 1

February 14
Devotion, a Story of Love and Desire
Fishbowl Wives

February TBA
Business Proposal: Season 1
Love, Life & Everything in Between