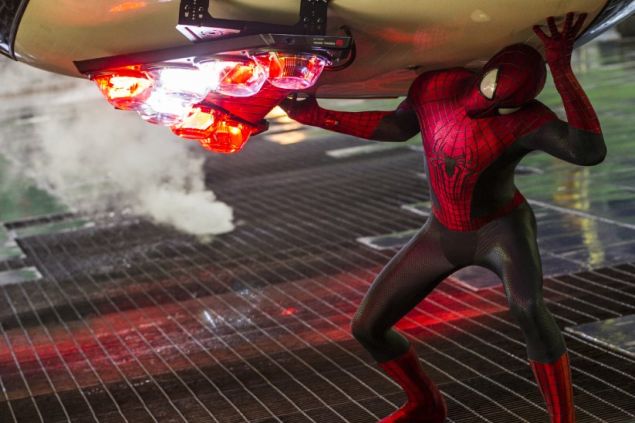 When the Amazing Spider-Man released in 2012, rebooting the series just five years after Sam Raimi's Spider-Man 3, there was a lot of doubt about whether the move made sense so quickly. Of course, with Disney having built up a steady stream of superhero movies coming out every year, it was natural for Sony to try and bring Spider-Man back in the theatres as well. The movie - made by the rather aptly-named director Marc Webb - paid off enough to warrant a sequel less than two years later.

Unfortunately, caught up in the new trend of Universe building (think Avengers, and the upcoming Batman vs Superman which is a launchpad for a Justice League movie) the Amazing Spider-Man 2 gets burdened with more weight than it can carry. 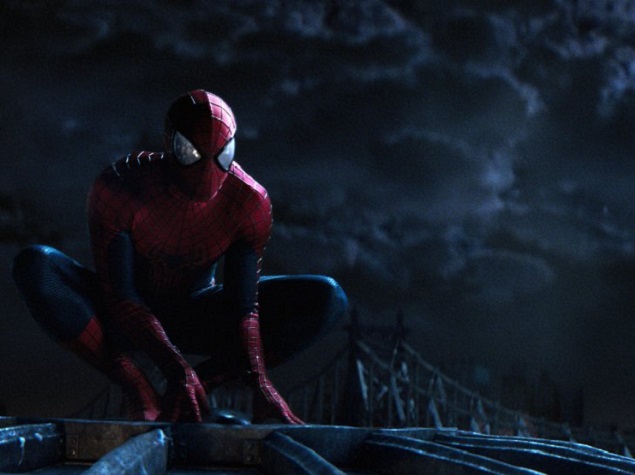 On the plus side, as self-confessed Spider-Man fans across various movies, comics and cartoons, we can promise that Amazing Spider-Man 2 delivers a huge amount of fanservice - giving us some great action sequences and superheroes and supervillains that really come to life, making good use of the special effects budget.

Unfortunately, they're still not able to overcome one of the big problems of the previous movie, which is that the interactions between Gwen Stacy (played by Emma Stone) and Peter Parker (Andrew Garfield) just make both the characters look like annoying teenagers. Both actors do share a lot of chemistry on screen and are extremely likeable, but their characters are not. 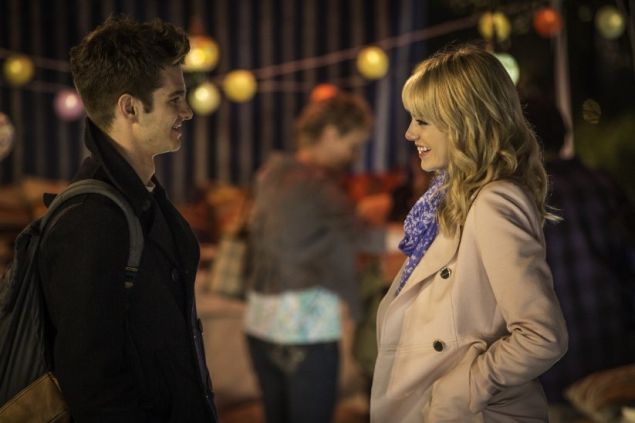 The movie treads on familiar tropes, and while it doesn't get as heavy handed as the "great power... great responsibility" speech of the previous incarnation of Spider-Man, the Amazing Spider-Man 2 shows us how Peter Parker's life as a teenager is wildly disrupted thanks to his secret identity as Spider-Man.

Early in the film, he's late for Gwen Stacy's commencement speech at their graduation because of a fight with a mobster (Paul Giamatti). He realises that the life he leads is a dangerous one, and breaks up with Gwen to keep her safe. Naturally, this doesn't last, and a lot of the teen drama feels needlessly shoehorned in, much like it did at the end of the first movie.

Gwen herself seems to be a locus for trouble - aside from knowing Peter Parker, she also worked with the Lizard in the first movie, and in this movie, her colleague Max Dillon (Jamie Foxx) turns into Electro, a supervillain whose powers are - you guessed it - themed around the manipulation of electricity. He looks a little bit like Arnold Schwarzenegger's Mr Freeze, which is fitting given how thematically-driven both characters are. 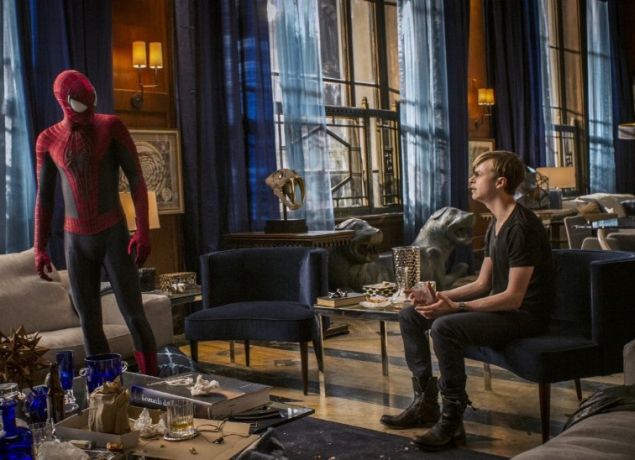 In case two supervillains weren't enough for you, the movie also introduces us to Harry Osborn (Dane DeHaan, who does look perfect for the part). Fans of the comics already know what that means, and we'll keep this spoiler free for everyone else, but suffice it to say that his big scene is pretty good. However, by the time the movie finishes introducing all the key players, you're already a little fatigued.

All the actors, particularly Garfield and Stone, give good performances, but they're working against tedious plotting. As a result, much like the first movie in the new series, you end up with some ridiculous deus ex machina setups that take you out of the narrative completely. 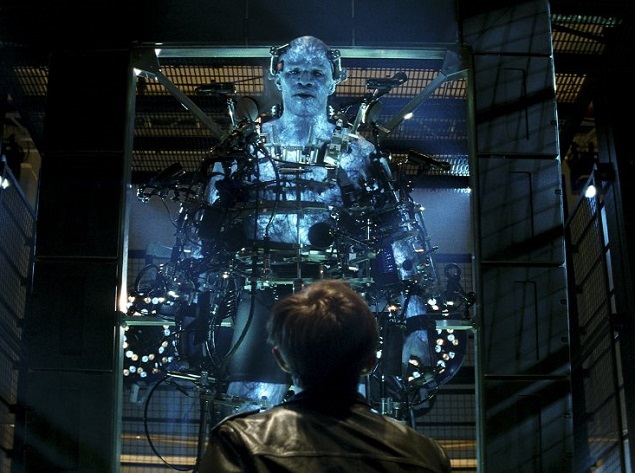 Jamie Foxx's Electro is where a lot of the camp in this movie comes from, and while you can see that the writers were trying to make him interesting and even somewhat sympathetic, he instead just comes across as over the top and cartoonish. Again, this isn't a sin per se, and a lot of people are going to enjoy watching Electro go on a rampage, but it seems to be at odds with the general look and tone of the movie.

On the other hand, it's a great movie to just watch. Without worrying about the plot or what the characters are talking about, if you just watch it for the giant battle in Times Square, or the fight between Spider-Man and Rhino then you're going to really enjoy things.

Watching Osborn turn into the Goblin, and just looking at the detailing on the Rhino suit Giamatti fights Spider-Man in is wonderful, while Stan Lee's usual cameo will make fans smile, as always. At the end of the day, the movie looks great even if it doesn't always make sense.

That's really what's at the core of our complaint with the movie. Despite amazing special effects and action sequences that make it clear that this is a very modern movie, the writing seems firmly grounded in an earlier era of storytelling. 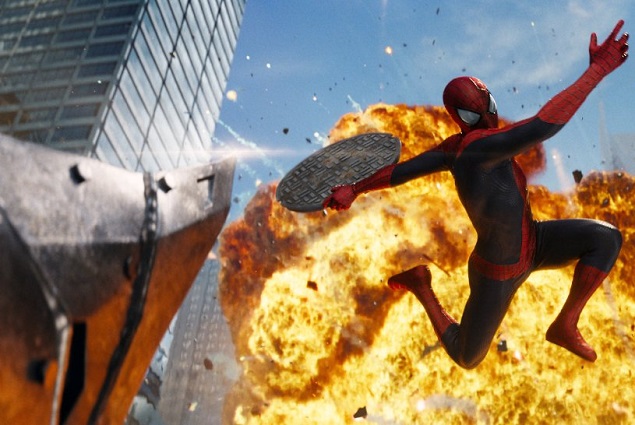 If these new Spider-Man movies had released instead of the Tobey Maguire ones, there would be no complaints, whatsoever. Today though, we're used to movies like Christopher Nolan's Batman series, and Joss Whedon's take on the Avengers (which released in the same year as the Amazing Spider-Man). Recently, Captain America: The Winter Soldier showed us how you can take a camp character and convoluted plot, and turn it into something that's gripping.

If you're looking for a comic book romp with lots of amazing action, then the Amazing Spider-Man 2 delivers. We will certainly be watching the movie again. Over the last few years though, we've come to expect a little more from superhero movies, and this movie doesn't quite match some of the best work we've seen in the genre, staying firmly in the middle, just like the first part.

The Amazing Spider-Man 2 released in India Thursday, in 2D and 3D, and has a run-time of 142 minutes.

OnePlus One '2014 Flagship Killer' to get general availability in June
Acer Iconia W4 3G tablet with Windows 8.1 launched at Rs. 29,999