Zero neo-noir, half romantic drama, Gehraiyaan is its own strange and disappointing beast. 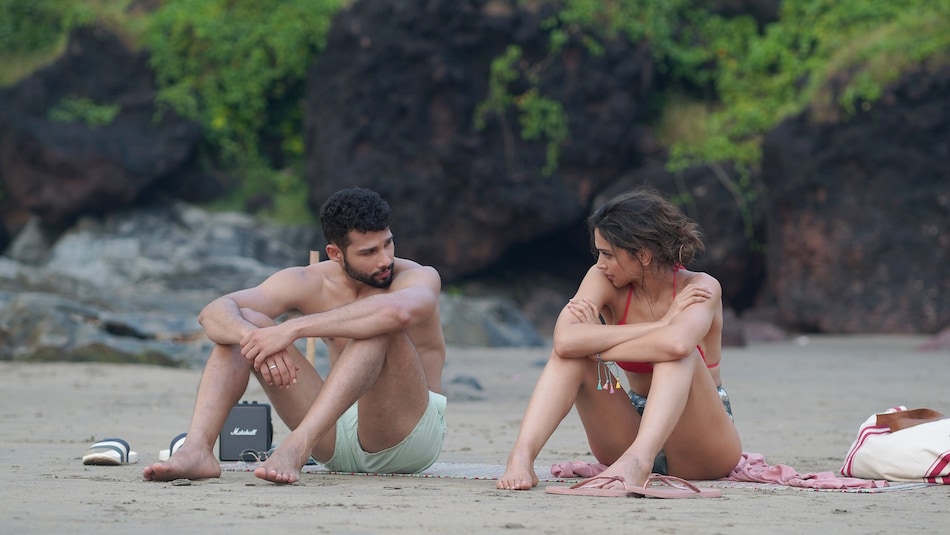 Gehraiyaan — the new Amazon original movie with Deepika Padukone, Siddhant Chaturvedi, and Ananya Panday — is a classic case of being all over the place. It starts off as a romantic character drama, as the Gehraiyaan trailers and songs have hinted at. An aimless woman (Padukone) is trying to pick between two guys and their polar-opposite philosophies, and a man who takes no prisoners (Chaturvedi) is trying to have it all and juggle two worlds. But Gehraiyaan transforms into another beast over the course of its bloated 133-minute runtime (sans credits), becoming more and more plot and event-driven. It's been described as “domestic neo-noir” by the Gehraiyaan cast and director Shakun Batra, but it's not that — Gehraiyaan bears no traits of the neo-noir genre. It's just poor drama.

To be fair, Batra's direction is not at fault. The 39-year-old competently handles the character work, lends small little touches that embellish the film, and his decision to shoot on location — Gehraiyaan shuttles between Mumbai and Alibaug, plus a yacht in the Arabian Sea — and the production design by Abid T.P. (Moothon) give the Amazon movie a lived-in feel.

But it's the writing choices that ultimately doom it. Batra co-wrote Gehraiyaan — that's Hindi for depths — with frequent collaborator Ayesha DeVitre (Kapoor & Sons, Ek Main Aur Ekk Tu), and Sumit Roy who has contributed to two upcoming features for Karan Johar's Dharma (Takht, Rocky Aur Rani Ki Prem Kahani). On Gehraiyaan, Batra and DeVitre are operating in a very different space, away from the broad-brush family drama of Kapoor & Sons.

For reasons I can't fathom, Batra and Co. push Gehraiyaan in an unnatural direction. Films have to feel consistent in the world they set up — and for 100 minutes or so, this one is. Gehraiyaan's world involves millennial men and women trying to find meaning and happiness, dealing with childhood traumas and things left unsaid, and navigating some thorny moral quandaries. But soon after, Gehraiyaan completely loses itself in what can only be described as a point of no return. Its world is fractured, it's all out of control, and it goes overboard (in one instance, quite literally). Staying through Gehraiyaan's final half hour feels like a severe case of whiplash.

From Gehraiyaan to Badhaai Do, What to Watch in February

The disappointing thing is that Batra didn't need to push the story to the degrees it goes to. Gehraiyaan could have been about everyday people and everyday occurrences, which it more or less is for a while. But the new Indian Amazon movie gets worse and worse in the third act — before succumbing to a final-shot twist that erased all my good memories of the film. Batra delayed Gehraiyaan by a couple of weeks at the last minute — it was slated for Republic Eve originally — because he was still putting final touches to his movie, but it's clear now that it needed a much bigger rethink at a much earlier stage.

Gehraiyaan primarily revolves around the lives of the aforementioned two characters. Alisha “Al” Khanna (Padukone) is a 30-year-old yoga instructor — she's been in a six-year-long relationship with Karan Arora (Dhairya Karwa, from 83) who quit his lucrative ad copywriter job and is now a struggling and unemployed novel writer. Alisha feels stuck in life, her career isn't going anywhere and she thinks she's moored to her boyfriend. And there's Zain Siddiqui (Chaturvedi, from Gully Boy), a real estate developer who's engaged to Alisha's cousin Tia “Tee” Khanna (Panday). Though Alisha and Tia grew up around each other, Tia is actually closer to Karan as they studied together in the US. As Alisha says early in Gehraiyaan, she knows her cousin through her boyfriend.

Returning to India after a while, Tia invites Alisha and Karan to spend a weekend with them at their Alibaug beachside bungalow. It's how Alisha and Zain's paths cross for the first time — and soon they discover they have more in common with one another than with their respective beaus. For one, they both like to think of themselves as outsiders. They are also similar in that they both have a traumatic past. And even though he's now in fiancée territory, Zain can't stop himself from flirting constantly with Alisha. You know where this is going — after all, the Gehraiyaan marketing machine has told you already. Alisha and Zain start seeing one another behind Tia and Karan's backs, which naturally leads to all sorts of complications. Though it's more than what you might expect.

Sidenote: a lot has been made of Gehraiyaan's intimate scenes, which is funny because there is not a single sex scene in the movie. There is a lot of kissing, that's about it.

These are the best portions of Gehraiyaan — the first 30 minutes or so — and Batra does well to develop the characters. Padukone's feels the most fleshed out. She's ambling through life, never ready to take charge, and she has convinced herself she has the worst luck. It's possibly a coping mechanism. Alisha doesn't want to end up like her mother who felt suffocated in her own relationship, but by reminding herself of this fact every day, it's almost as if she wills it to happen. Padukone appropriately plays Alisha as insecure and a bit bitter. Some of this is reminiscent of The Worst Person in the World, Joachim Trier's wonderful portrait of a woman in her 20s who doesn't really know what she wants out of life. But then it stops being that movie.

Following the first act that's largely told through Alisha's perspective, the bulk of the second shifts to flesh out Zain. Chaturvedi brings a cheeky and menacing edge to Zain, though I couldn't help but feel that the character slid into generic territory. Gehraiyaan is clearly interested in showing that the guy who takes what he wants is clearly a symbol of toxic masculinity today. When driven into a corner, Zain isn't beyond gaslighting his loved ones and not owning up to his BS. But it's also here that Gehraiyaan gets dragged into unnecessary narrative beats — which not only elongate the film's runtime, but also detract from what was until then a solid exploration of human nature.

Just like Alisha, Gehraiyaan mires itself in quicksand. Most of the second act also features a song every 10 minutes or so. It happens every time — save on one occasion — Batra wants to move the story forward in time. It feels like a cheat. (It's also obviously a commercial tactic. After all, Bollywood songs exist to promote the movie. They rarely serve a purpose in the films themselves.) Unable to write scenes that would push the characters in a meaningful manner, Gehraiyaan opts for a frivolous musical montage.

The most useless thing though is the pivotal moment I've hinted at, which careens Gehraiyaan and sinks it into an abyss. Not only does it break the movie, it relies on a character intentionally behaving in a dumb manner. Naturally, it feels artificially constructed — like the writers are pulling strings.

The Great Indian Murder Review: Possibly the Worst Thing Disney+ Hotstar Has Made

Speaking of artificiality, the ADR process — known colloquially as dubbing in India, a long Bollywood tradition — feels unnatural at times and pulls you out of the scene. You can tell that the actor has spoken over their own lines. And speaking of technical concerns, there's unusually poor CGI or the camera indulges in weird Dutch angles.

The cinematography otherwise, from Kaushal Shah (Mumbai Diaries 26/11), is elegant and harsh. It's not a combination, don't worry. Batra and Shah aren't afraid to push into their actor's faces during intense moments, but they also pull back to showcase their dreamy lives that frequently involve chilling on a yacht or by the beach-house pool.

Ultimately, Gehraiyaan is a confused movie — one that sets itself up nicely at basecamp, only to climb up the wrong mountain. The fall is not gracious. Gehraiyaan further suffers from the expectations it itself built. Caught in a place where they didn't know how to sell the movie without spoiling its secrets, Dharma and Amazon's marketing machine sold it as a full-on romantic drama. I'm not saying the trailers are misleading, but they leave out so much. The impression audiences have of the movie before they hit play is not what the movie is for most of its runtime. This isn't exactly the film's fault, but it's not like Gehraiyaan pulls off the switcheroo effortlessly. Instead, it sinks to the bottom — and all life is drained out of it when it re-emerges from the depths.