Return to Hogwarts, Euphoria, This Is Us, and More: January Guide to Netflix, Disney+ Hotstar, Prime Video

Alongside Ozark season 4, This Is Us season 6, Human, and Yeh Kaali Kaali Ankhein. 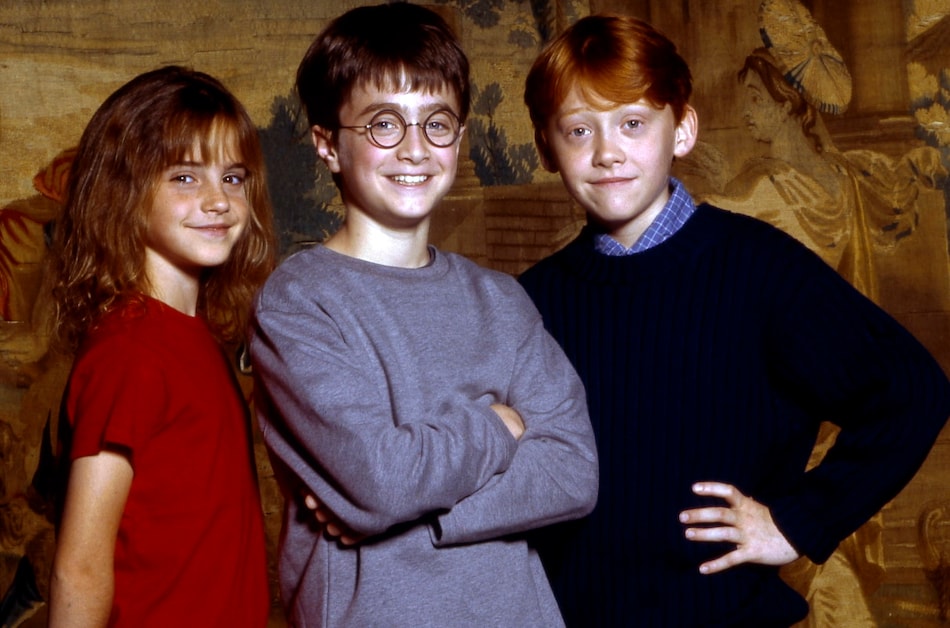 Harry Potter trio is back in Return to Hogwarts reunion special

January 2022 may lack big OTT releases, but there's still plenty of movies and TV series to keep you entertained. The Harry Potter reunion special, Return to Hogwarts, kicks off the year on Amazon Prime Video. Daniel Radcliffe, Emma Watson, Rupert Grint, and many other Harry Potter cast and crew members will reunite to talk about their journey during shoots. Elsewhere, the Zendaya-led teen drama Euphoria returns after a long time with its second season. Euphoria season 2 begins January 10 in India on Disney+ Hotstar. You might also be interested in the return of the emotionally turbocharged This Is Us and the Jason Bateman-led crime drama Ozark, both of which are back for their final seasons. Ozark season 4 premieres January 21 on Netflix, while This Is Us season 6 begins January 5 on Disney+ Hotstar.

From India, we have a couple of OTT originals to look forward to in January 2022. Shefali Shah and Kirti Kulhari play doctors in the Hotstar Specials medical thriller Human, needling in January 14 on Disney+ Hotstar. On the same day, Netflix will offer its next Indian series Yeh Kaali Kaali Ankhein, a pulpy thriller starring Tahir Raj Bhasin, Shweta Tripathi, and Anchal Singh, among others.

There's even more in January 2022. Ricky Gervais' black comedy-drama After Life wraps up with the third and final season January 14 on Netflix. Billions continues its run without lead star Damian Lewis, as the sixth season begins January 24 on Disney+ Hotstar. The third season of Snowpiercer begins January 25 on Netflix. The third season of Apple TV+'s psychological horror Servant kicks off January 21. Kristen Bell stars in the psychological thriller satire The Woman in the House Across the Street from the Girl in the Window, available January 28 on Netflix. The Righteous Gemstones makes a belated return with season 2 beginning January 10 on Disney+ Hotstar. Bridget Everett is in Somebody Somewhere starting January 17 on Disney+ Hotstar. And Asgar Farhadi's A Hero is expected January 21 on Prime Video.

When: January 1
Where: Amazon Prime Video

Following in the footsteps of Friends: The Reunion back in May, HBO Max is delivering an unscripted reunion special for another famous nostalgic property. Is this HBO Max's growth strategy? I wonder what's next. Anyhoo, a lot of the main Harry Potter cast is back to talk about their experiences while making said films.

Harry Potter author J.K. Rowling conspicuously missing from Return to Hogwarts, in what seems like an effort by HBO Max and Warner Bros. to ward off controversy given Rowling's repeated transphobic remarks. Rowling does appear through archival footage.

When: January 5
Where: Disney+ Hotstar

The decades-spanning story of the Pearson family is about to come to an end. Time to buy more of those tissue boxes. This Is Us' sixth season will also be its final — putting a bow on the heartbreaking and emotional journey of Jack (Milo Ventimiglia) and Rebecca (Mandy Moore) as young parents in the 1980s (the triplets are almost here), and their 37-year-old kids Kevin (Justin Hartley), Kate (Chrissy Metz) and Randall (Sterling K. Brown) who struggle for love and meaning.

Memories are forever, the season 6 trailer said, though that's not so for one character who's slowly losing her memories. This Is Us season 6 premieres Tuesday, January 4 on NBC in the US. It will air day-and-date on Disney+ Hotstar starting Wednesday, January 5. New episodes weekly.

When: January 7
Where: Amazon Prime Video

George Clooney directs this coming-of-age adaptation of J.R. Moehringer's 2005 memoir of the same name, about the Pulitzer-winning novelist's life growing up in Long Island. As a young fatherless man (Tye Sheridan), he would seek refuge from his chaotic home in a local pub where his uncle (Ben Affleck) worked as a bartender. As you can guess, his uncle became a father-figure and he learned about life from the bar's patrons.

Lily Rabe and Christopher Lloyd also star. William Monahan (The Departed) provides the screenplay. Reviews for The Tender Bar have ben mediocre since its December theatrical premiere in the US.

When: January 10
Where: Disney+ Hotstar

Spider-Man: No Way Home's Zendaya returns in her Emmy-winning role for the sophomore season of this high school drama. Barring the two one-hour specials in late 2020 and early 2021, Euphoria has been gone for much longer, with the first season having wrapped up in August 2019. That's two months and five years, a long time for a series to be away following its debut.

When: January 13
Where: HBO Max

Peacemaker debuts with three episodes on premiere date, with the remaining five episodes releasing once a week thereafter on Thursdays. Peacemaker won't be available in India, Gadgets 360 has learnt.

When: January 14
Where: Disney+ Hotstar

After landing her dream job at an upscale Bhopal hospital, 35-year-old Dr. Saira Sabbarwal's (Kirti Kulhari, from Four More Shots Please!) star grows under the tutelage of the iconic 45-year-old Dr. Gauri Nath (Shefali Shah, from Delhi Crime). But after they help fast track a pharma giant's new heart drug that causes lethal side effects, their lives are thrown into chaos — and intertwined with that of a young migrant worker who is determined to seek justice against those who benefit.

Directing for the first time without his brother Ethan, Joel Coen gives us a black-and-white take on age-old brilliant material. Do I have to say it? Fine, it's Macbeth by William Shakespeare. But the main characters have been aged up here, with the 67-year-old Denzel Washington and the 64-year-old Frances McDormand stepping into the shoes of Lord and Lady Macbeth.

You know how the rest of the story goes; you've seen it enough times. Corey Hawkins, Moses Ingram, Brendan Gleeson, and Harry Melling also star. The Tragedy of Macbeth has received rave reviews since its premiere at the film festival circuit. This is not one to be missed.

When: January 14
Where: Netflix

Aggressively and relentlessly pursued by politician's daughter Purva (Anchal Singh) who will go to any lengths to marry him, mild-mannered romantic simpleton and small-town man Vikrant (Tahir Raj Bhasin) finds everything in his life — including his true love Shikha (Shweta Tripathi) — falling apart. Vikrant must go down a dark path and take drastic measures to reclaim his life.

All episodes of Yeh Kaali Kaali Ankhein will release at once, as is customary for Netflix originals.

When: January 21
Where: Netflix

Behind the scenes, Chris Mundy returns as showrunner and writer. All seven episodes of Ozark season 4 Part 1 will be available at once.

When: January 25
Where: Disney+ Hotstar

Downton Abbey creator Julian Fellowes is moving his talents of observing the class divide and showcasing the lives of the aristocrats across the pond and half a century back. The show is set during the historical Gilded Age, a period of economic boom in the 1800s that increased wages and inequality.

Its ensemble cast includes a proud old-money socialite (Christine Baranski), her sister (Cynthia Nixon) who relies on her charity, a woman (Carrie Coon) trying to break into polite society, a new-money robber baron (Morgan Spector), and a young ambitious writer (Denée Benton). The Gilded Age is centred on a penniless young woman (Louisa Jacobson) sent to live with her wealthy aunts after her father dies.

Tiffany Haddish, Sam Richardson, Ilana Glazer, Ben Schwartz, Zoë Chao, and Dave Franco lead the cast of this comedic murder mystery series. After a popstar (Franco) is murdered at his high school reunion, the detective on the case (Haddish) asks everyone to give her their “mind movie.” That means in each episode, one character will offer their perspective on what happened at the party. In Rashomon style, except way less dour.

The Afterparty is the first live-action TV series created by Christopher Miller (21 Jump Street, The Lego Movie) and he also directs all episodes. Miller's frequent collaborator Phil Lord is involved too, as executive producer. It kicks off with a three-episode premiere, with the remaining five episodes debuting once a week Fridays thereafter.

When: January 28
Where: Mubi

Winner of the Palme d'Or at the 2021 Cannes Film Festival, this French-language body horror movie follows Alexia (Agathe Rousselle, in her feature film debut) who gets a titanium plate in her head after she is injured as a child in a car crash. Titane is absolutely nothing like you can imagine — in one scene, a woman has sex with a car and climaxes. No, I'm not making that up.

Body horror specialist Julia Ducournau (Raw) is the writer and director. Titane is a Mubi exclusive in India, Turkey, and Latin America.

Update 05/01: A previous version of this article included Gehraiyaan — the new movie with Deepika Padukone, Siddhant Chaturvedi, and Ananya Panday — that was originally slated for January 25 on Prime Video. Following Amazon delaying Gehraiyaan to February 11, it has been removed.

Bajaj to Set Up Rs. 300-Crore EV Manufacturing Facility in Pune, to Roll Out Vehicles by June 2022
Xbox Game Pass to Bring 31 Day One Titles to Xbox Consoles, PCs in 2022