With a million scrambled ideas and a melodramatic finale rivalling ‘80s Bollywood movies. 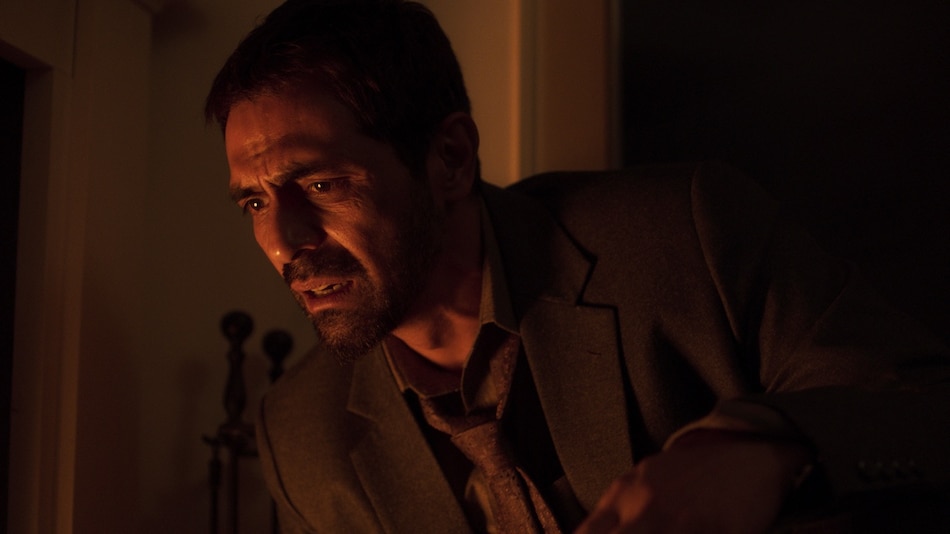 London Files — the Arjun Rampal-led series, now streaming on Voot Select — is a hilariously bad cop show. There's no getting around it, so I might as well acknowledge that straight up. Rampal's police detective is stuck inside the TV, except he doesn't know it. After all, that's the only way to explain his bewildering actions, things no cop in his position would do. At one point, while Rampal is following a suspect, he calls out their name and gives himself up, just because London Files needs an episodic cliffhanger. When his big case is wrapped up midway through the six-episode run, Rampal states that the case isn't over — not based on any tangible proof — simply because there are three episodes left.

Elsewhere during his investigation, Rampal runs into some old family items at their abandoned apartment that are inexplicably linked to his current case, thereby getting new clues through sheer luck. If you're trying to tell the audience that he's a good detective, this actually works against your argument. And in what is London Files' only bit of action, Rampal takes on four cops with guns in close quarters in the most unconvincing of fashions. But Rampal isn't the only one who is poor at his job. Towards the end of the new Voot series, even though our cop protagonist has previously been labelled rogue, a high-ranking minister reinstates him and allows him to work solo with no oversight.

But such nonsensical decisions are par for the course on London Files. The Voot original series — directed by Sachin Pathak (Kathmandu Connection) and written by Prateek Payodhi (Grahan) — spins an unnecessarily convoluted narrative that involves cults, narcotics, poisonings, media moguls, brainwashed immigrants, and a laughable wide-ranging conspiracy. At times, it feels partly inspired by Sacred Games season 2. Both shows have a guru-like figure pushing for change through violence and a disturbed detective who believes the case is only in his hands. It's weird that the London Files makers would look to a Netflix show that itself took on too much in its second season and ended up off the rails.

Of course, the Voot series is a lot more unhinged. Through all those aforementioned elements, London Files tries to portray a story about xenophobia, class differences, and punching up at privileged people. But at one point, it basically mocks the #MeToo movement, which is a whole level of weird because it makes you feel that the writer is using the series as a vendetta against an individual. What makes it weirder is that late into the season, London Files briefly hints it wants to discuss toxic masculinity, and how it manifests with fathers bringing up their boys. These disparate ideas are ham fisted into six half-hour episodes — but it's not just a runtime issue, the poor handling of every theme shows the lack of care.

Ultimately, it's all just material to be used as plot fodder for a detective tale that has no momentum or inkling of what it's trying to do. Still, nothing can prepare you for the terrible, terrible end. Not only is it poorly written, staged and acted, the series finale is a betrayal of London Files' tonal approach until that point. The forced optimism of the finale — with a tacky and weepy positive song looped over it — drove me to the edge. It's not in keeping with the bleakness and darkness of the show's universe. And out of nowhere, every character who was suffering earlier starts smiling. What is going on?! I was left completely baffled and, in turn, convinced that London Files is one of the worst things the world of Indian OTT has produced till date.

Two years after his teenage son is involved in a ghastly incident, divorcee Om Singh (Arjun Rampal) lives by himself in a London council flat. Yet, he has somehow retained his job at the Met's Homicide and Major Crimes division, under DCS Ranjh Randhawa (Sagar Aarya) who emerged out of the police academy with Om decades ago. After Maya Roy (Medha Rana), the daughter of media tycoon and anti-immigration law advocate Amar Roy (Purab Kohli) goes missing, Om is pulled in to investigate. Wait, why is Major Crimes looking into a missing person's case, you ask? Well, because Amar is a big man. Om and Amar don't get off very well, which isn't good for the detective for a) Amar is an important man, and b) Om's image in the media is already at a low point due to that mysterious past.

That backstory, along with the life of the Roy family, is fleshed out in parallel with Om's investigation into Amar's activities, with London Files moving in a non-linear fashion. The former is teased better — only in comparison — than the mundane handling of the missing girl mystery. Om feels like he failed his son and his family, and faces great shame as he's shunned by everyone he knew outside of work. But the Voot series trips itself over in trying to connect the tale of Om's troubled son with Amar's missing daughter. It's a problem of its own making after all, because London Files wants to be about a million little things, but doesn't have the insight or ability to tackle even one of them well.

But it's not Payodhi who fails, but also everyone who comes after. That is only natural with a hollow foundation. As Om, Rampal appears crazed and unbelievable. A lot of that is because Payodhi's script and Pathak's direction push him into illogical avenues. Kohli is third billed, but his Amar disappears midway through London Files. It's almost as if Kohli was hired for a few days, for he lives in London. And then there's Gopal Dutt — second billed — who's cast against type as a self-serious villain. I'm all for the idea, but it's a failure on every front. The most artificial aspect of London Files though are its English voiceovers — it's like they were conceived during post-production, and the collective budget for them was pocket change — which are up there with the finale as the worst thing about the show.

Warning: spoilers ahead for London Files. Turn around now unless you don't care.

Speaking of, it's almost impressive how London Files implodes in its final episode. The villain's big plan is to threaten to blow up a building unless the government revokes an anti-immigration bill. It's as high as the stakes have been all season, but the makers don't understand what makes a thriller. Because in the heat of a hostage situation, London Files makes time for Om and Maya to have a heart to heart. All while the villain's brainwashed gun-toting followers just stand and watch. It brought to mind ‘80s Bollywood movies where teary-eyed family members would reconcile in the most melodramatic of fashions. What follows is one of the most awful montages ever put on screen, and succinct proof that Indian originals from the likes of Voot aren't far off from the never-ending soap operas unfolding on cable TV.

London Files is released Thursday, April 21 at 12am IST on Voot Select, the premium subscription-based tier of the OTT service Voot.