Overstuffed and lacking focus, Mai careens out of control, and loses all steam by the end. 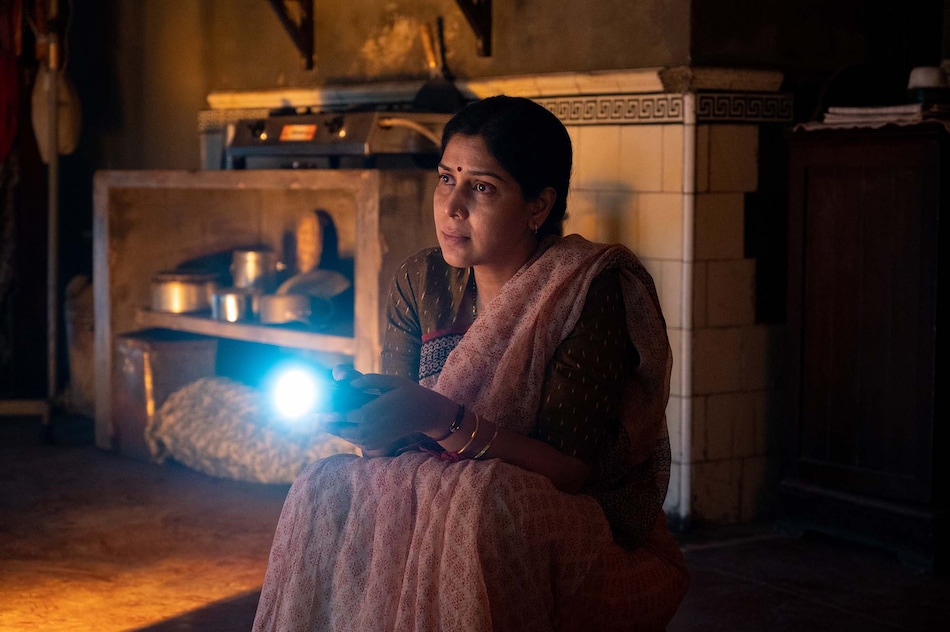 Mai — streaming Friday 12:30pm IST on Netflix — keeps asking the same question in the beginning through its titular protagonist: “Who killed my daughter?” For a series that's meant to be about a mother (Sakshi Tanwar, from Kahaani Ghar Ghar Kii) trying to find those who did the deed, it's a simple way to reassert what it's about. But maybe it ought to have served as a reminder for Mai's makers too. For the Netflix series gets side tracked — again and again — with half a dozen subplots. There's a child given up at birth. A cop stuck in a loveless marriage. Societal problems for gay henchmen. A brother- and sister-in-law who look down their noses. A cross-state medical scam, with a special forces team investigating it. And a former escort with more power than she knows what to do with.

It's a classic case of overstuffing, and in turn, terrible decision making for a six-episode series. Mai is the debut project for its creator, showrunner, writer, and director Atul Mongia — previously a casting director and acting workshop director for over a decade. Curiously, Mongia has surrounded himself with inexperience. He splits directorial duties with Anshai Lal, and screenplay duties with Tamal Sen and Amita Vyas. Their only previous credit, respectively, is the Anushka Sharma-led movie Phillauri, the Bengali-language Zee5 original Kaali, and the Madhuri Dixit Nene-led Netflix series The Fame Game. The only bit of solid experience comes via executive producer and Paatal Lok creator Sudip Sharma, but Netflix isn't touting his name anywhere in its marketing, because it either doesn't want to invoke a rival platform or maybe the truth is that Sharma was hardly involved.

The resulting impact of all that unnecessary plot — a lot of which is tangential — is that it drags it away from what Mai is supposed to be about. Not that it's much good in that department when it does stay in its lane. Mai ends up with a thoroughly unconvincing transformation of a 47-year-old housewife (Tanwar) into an ice-cold operator who's thinking two steps ahead of everyone. She repeatedly discovers key information simply through luck, mostly by being at the right place at the right time. If your protagonist's superpower is chance, you're going to get eyerolls if not outright laughter. She also survives across the six-episode Mai through plot armour or because of others' incompetence. It doesn't reflect well on her, or those who are supposedly more experienced than her.

Ultimately, Mai is yet another blunder from Netflix India — something we've come to expect from it now.

From Mai to Outer Range, the 40 Biggest OTT Releases in April

Sheel Chaudhary (Tanwar) is the typical Indian middle-aged housewife. She takes care of her house, her sister-in-law's house, and the old-age home she works at. But no one really gives Sheel credit for what she does. More importantly, she doesn't really know what's really going on at any of these places. As she starts to discover after her millennial daughter Supriya Chaudhary (Wamiqa Gabbi, from Godha and Grahan) is killed in a — oh, Netflix won't allow me to say how, even though it literally happens in the Mai trailer. Weird move, but anyhow. The nurse-housewife soon turns into a detective of sorts, following people around her hometown of Lucknow, trying to piece together who was behind the fate that befell her daughter. Turns out, it involves organised crime.

At the centre of it all is the former sex worker turned mistress Neelam (Raima Sen, credited as Raima Dev Varma) who's in charge of the aforementioned medical scam after a pivotal event. There's heat on her with a Uttar Pradesh special police force — led by SP Farooque Siddiqui (Ankur Ratan) — trying to put an end to her dealings. Neelam's underling Prashant (Anant Vidhaat, from MX Player's Pati Patni Aur Woh) is meanwhile trying to climb the organised crime ladder, with help from Shankar (Vaibhav Raj Gupta, from Gullak) who's more than his right-hand man. In between all this, Mai also tries to make room for Sheel's husband Yashpal “Yash” Chaudhary (Vivek Mushran, from Voot's Marzi) who is grieving in his own way, by turning to his past time of doing electrical repairs.

But there's no heft to any of it. That's primarily because Mai is lacking in character moments. The first time Sheel truly reflects on the loss of her daughter — it not only comes out of nowhere and hasn't built up in any tangible way, but it doesn't connect with you at all because we haven't been given a chance to know Supriya, and what we've been told of her doesn't reflect well on her. And though Tanwar is decent as the meek and docile mother, I was never really sold on her turn to merciless and deceitful. Dev Varma's Neelam adds nothing to the new Indian Netflix series, largely because the character is so thinly written. Mai sets itself up nicely by centring the narrative on two women in a male-dominated world, but then it undermines them both with its writing.

Mai, Anatomy of a Scandal, Better Call Saul Season 6, and More on Netflix in April

Except that's not the only oppressed section of society whose representation Mai botches. The Netflix series' only mute character Supriya is played by a speaking actor in Gabbi. (She's also killed off right at the beginning, though she does get a sympathy-inducing flashback scene at the start of each episode.) A minor character, who's on the spectrum, is treated as a torture prop simply to push his father into action. The saving grace are the aforementioned gay henchmen — not because the writing is distinguished, but merely because it's not problematic for a change. Most Indian writers haven't really gotten up to speed on how you're supposed to depict minorities, though for Mai, it seems like a bigger ask when all adults are viewed through a moralistic lens.

Yet nothing breaks the Netflix series more than the practicality and logistics of a 47-year-old housewife pulling off what Sheel does here. Her first crime itself seems unbelievable — in how she transports an adult body — more so given the evidence we're shown of latter stages. But the way she gets off the hook on destroying the evidence tops that. A junior criminal decides to help her out because she got him the job with the guy who's now dead. Wait, what? But Mongia and Co. do not stop there. In Mai's fourth episode, Sheel sneaks up on the big bad in broad daylight in public, in a crude attempt to poison her by switching out an item in her purse. Is this a joke? And in the Mai season finale, Sheel's big plan comes to fruition with the help of coincidence, a deaf chemist, and laughable surveillance.

In fact, this escalation of stupidity is possibly Mai's strongest suit. The deeper it pushes into the run, the more foolish and inexplicable decisions it makes. In the penultimate episode, a dead character's twin shows up as the new villain, upstaging the existing villain. And the sixth and final episode contains such an unbelievably stupid act — on behalf of a character — that all I could do was laugh. But more frustratingly, Mai just drags and meanders. It never really engages you; I kept waiting to be pulled into its world, but that didn't happen. With nary a focus or goal, the Netflix series careens out of control, and loses all steam by the time it wraps up. It's too busy elsewhere — again, Netflix won't allow me to talk about it — when it ought to have been focusing on what's in front of it.

If only someone could've reminded its makers what the series is called.

Mai is released Friday, April 15 on Netflix in India and around the world.