The latest Battlegrounds Mobile India (BGMI) update brings the bicycle as a new vehicle to ride on. 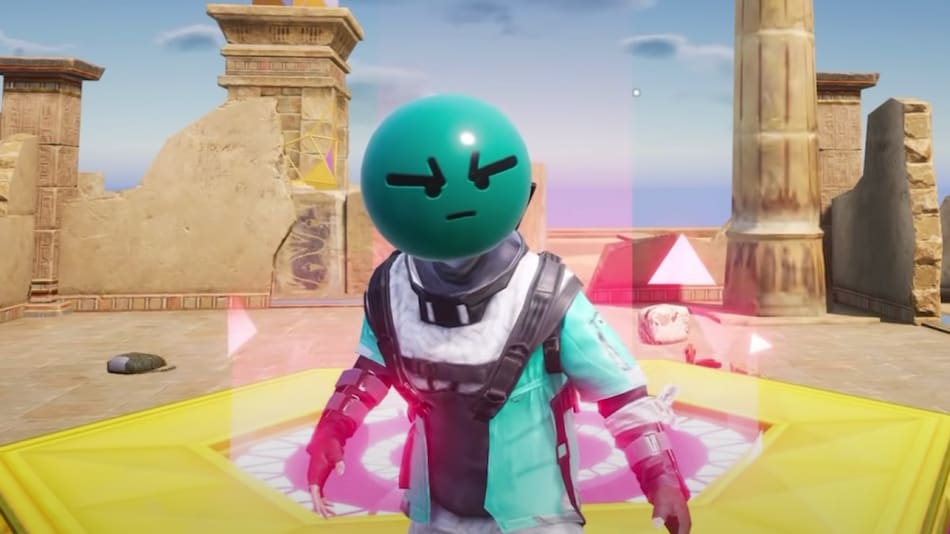 Battlegrounds Mobile India (BGMI) is getting a Holi Dhamaka 1.9.0 update this month that brings a new festive-themed mode and two Sky Islands. The BGMI March update is specifically designed to celebrate the festival of colours. It brings the Holi Dhamaka Theme Mode as well as Rainbow Plaza and Camp. The latest Battlegrounds Mobile India update also includes a new Playground that is wider and includes an indoor shooting range. There are also improvements to enhance your gaming experience.

One of the biggest changes that the Battlegrounds Mobile India (BGMI) 1.9.0 brings is the Holi Dhamaka Theme Mode that you can access by tapping the arrow button on the right bottom of Erangel and Livik maps under the Ranked tab.

Once you have entered the Holi Dhamaka Theme Mode, two different Sky Islands will appear in the Erangel and Livik maps that will have different terrain features. One of the Sky Islands has a pyramid reminiscent of Egypt, while the other one has a winter-themed ice castle.

After landing on a Sky Island, you will see that your character's face will turn into an emoji-like circle. It will grow bigger when hit by the enemy. The head will inflate to the maximum and start floating in the air once the character has been defeated. However, teammates can save the floating player by shooting at the player.

The circle head of your character will also be of a certain colour. There are four sectors in each Sky Island, and Hex Shop coins of different colours appear in each sector. If you collect the coins of the same colour as your character's face, you will be able to collect those coins faster. You can also change the face colour with transformation devices around the Sky Island.

You can use the coins you collect on the Sky Island once you land onto the ground.

Once the time on the right elapses, Sky Islands are closed and the players on them will fall to the ground. You will also reach the ground when you are defeated by an enemy on one of the Islands. Furthermore, you can jump off the Sky Island to return to the ground.

In addition to the Sky Islands, the Holi Dhamaka update brings Rainbow Plaza and Camp around Erangel. These zones include new terrains and interactable entities. If you interact with any of these entities, crates will appear.

Rainbow Square and Camp also include the bicycle as a new vehicle. It can let you jump higher and does not require any fuel or battery. However, you may become more vulnerable to an enemy attack as you cannot use your weapons when riding a bicycle.

The bicycle in the game is a portable mountain bike that can go inside your backpack and can be used anytime by taking it out.

Alongside the Holi Dhamaka updates, the latest BGMI version has the new Playground that is wider in size. It comes with the indoor shooting range where the players can practise shooting by picking the firearm of their preference.

The Playground update also includes a racking minigame where you can race competitions with your friends and practice driving alone on the tracks.

Krafton has also improved Sosnovka Bridge in the Erangel map of Battlegrounds Mobile India with new detours. The bridge connecting the military base has also included a wider road and improved bunker with new pedestrian walkways.

Random mode has also been added to both ranked and unranked matching in BGMI. This helps gamers select the desired map and play with random matching.

The new BGMI release also includes an improved audio quality to let gamers know better the direction of footsteps and gunfire in the Arena Mode.

The Livik:Aftermath map that you can play in BGMI's Unranked tab has also been improved. It includes simplified indoor building structures and modified urban zones.

Since the BGMI update has just been announced, it may reach your device in the coming days. Exact rollout details have not provided by the developer, though.