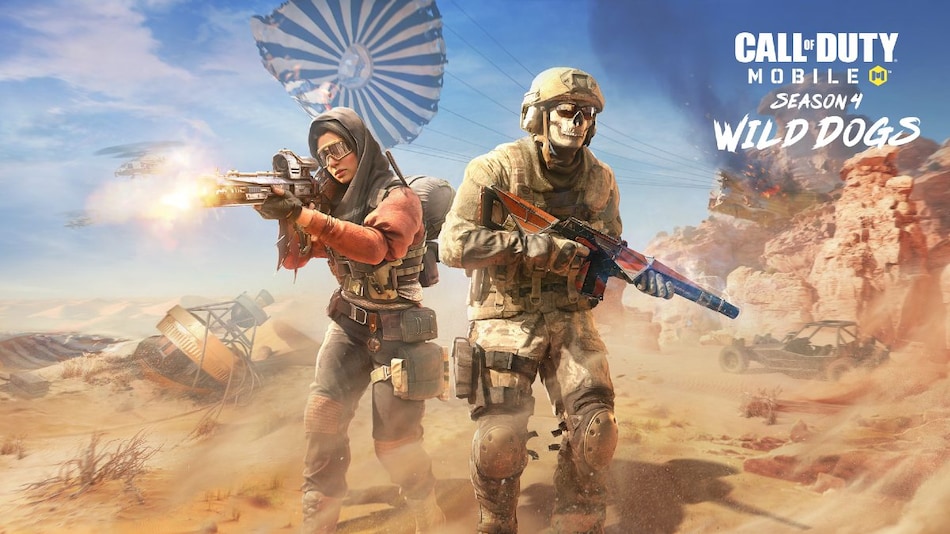 The Twitter account of Infinity Ward has a black profile picture. It is speculated that the developer may soon delve out key information, or possibly reveal the Call of Duty: Modern Warfare 2 game. Furthermore, the cover image of the developer's Twitter handle also teases Ghost character, as per a report by IGN. The developer made it quite obvious in one of its tweets in February that Call of Duty: Modern Warfare 2 is coming soon.

It is to be noted that using black-coloured profile pictures, commonly known as blackout stunt, has been one of the ways that companies, social media influencers, and top brands among others use to depict that something big is coming soon.

Meanwhile, Call of Duty Mobile will get Season 4: Wild Dogs update on April 28 at 5:30am IST / April 27 at 5pm PT. It will offer a new Battle Pass that will include free and premium items like new Operators, a new functional weapon, Weapon Blueprints, Calling Cards, Charms, COD Points, among others.

The free items in Call of Duty Mobile Battle Pass include Contact Grenade at Tier 14, Koshka functional weapon at Tier 21, a highly stable and damaging kit along with the seasonally themed Green Rust and Sand Tracks camo series. The premium items include Operators like Farah – Desert Sentinel; Ghost – Apparition; Roze – Sand Dune; and Roach, who is making a return as well as weapon blueprints like the AS VAL – Heat Shield, Swordfish – Arid Shroud, QXR – Sandpike, and Koshka – Skiff Shot.

COD Mobile players will get multiple maps including Satellite, Khandor Hideout, and Ground War. As per the update highlights shared, sandstorms will randomly appear throughout Battle Royale throughout Season 4, and they will appear like a sand wall on the horizon. Players can use a throwable turbulence generator that generates an ongoing stream of turbulent wind to go in and out of the sandstorm.

There is a new themed event called Sandstorm's Eye in which the players have to “analyse the mission map and complete tasks to move through various nodes while collecting rewards along the way.” Furthermore, completing seasonal challenges allows players to earn rewards. These rewards include Kali Sticks, the Mil-Sim – Special Warfare – Crash Down skin, and the Epic RUS-79U – Vapor Painter SMG.