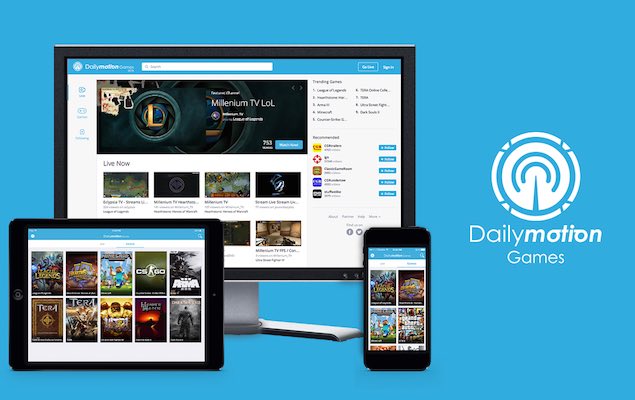 In an attempt to catch up with live-streaming services such as Twitch, Ustream and most recently, Steam, Paris-based Dailymotion has announced a new platform called Dailymotion Games. The service would allow gamers to broadcast their play lives the world over.

Dailymotion claims that gaming currently brings in 180 million video views each month along with 11 million unique visitors. This mostly consists of players who record and upload them. While it might not have the scale of YouTube or Twitch, the video service has 128 million monthly unique visitors and more than 2.5 billion video views every month, making it one of the largest online video services in the world.

Partners for the launch of Dailymotion Games include the likes of IGN, JeuxVideo.com, Gamespot, and joinDOTA to name a few. In the past, the company has live streamed a few e-sports events and does appear to be supporting the e-sports community.

"Since 2011, with the first Dailymotion Cup on Starcraft, Dailymotion has accompanied e-sport growth on the Internet." said Martin Rogard, Dailymotion's chief operating officer. "Dailymotion Games is entirely dedicated to e-sports fans and streamers who come together every evening to form an amazingly talented and gregarious community. Over the coming months, we will significantly increase our investment in the e-sport domain to ensure worldwide recognition of all our talented content producers."

The Dailymotion Games app can be downloaded for Android and iOS right now and if you prefer your streaming hijinks on console, PlayStation 4 owners will be able to watch live streams as well.