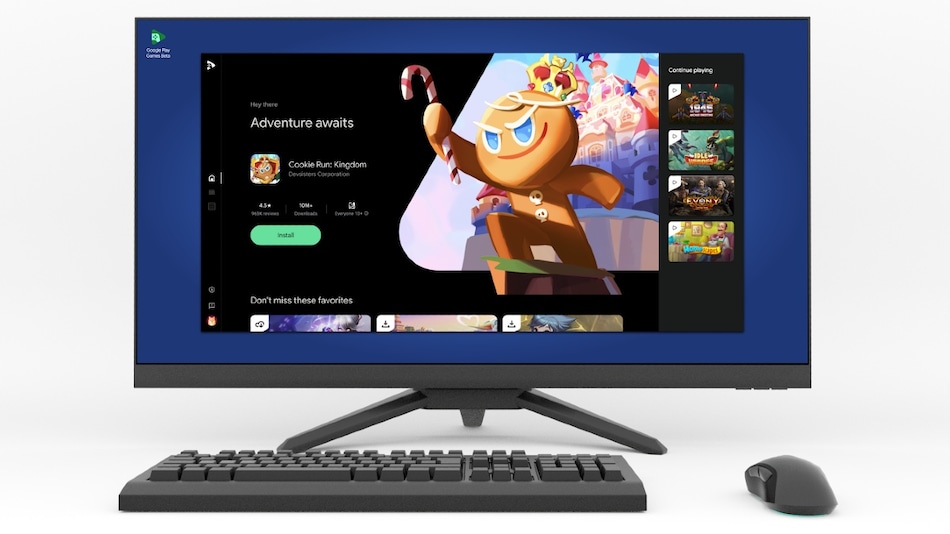 Google Play Games for PCs was rolled out to beta testers as part of a limited beta earlier this year, allowing users running on Windows PCs to try out a selection of games designed for Android. Google previously launched an initial open beta of the software on Windows PCs, but it was limited to three regions, Hong Kong, South Korea, and Taiwan. The search giant has now announced that its open beta test for Android games on Windows has been expanded to Canada, Mexico, Brazil, Indonesia, the Philippines, Malaysia, Singapore, and the US.

The company announced the expansion of its Google Play Games PC beta testing program for Android games on Windows PCs, via a blog post. Gamers can pick from titles including 1945 Air Force, Blade Idle, Cookie Run: Kingdom, and Evony: The King's Return. The app will even sync progress between PCs and mobile so you can continue where you left off on different platforms, according to Google.

While Google continues to add titles to the Play Games catalogue for Windows users, there are now over 80 games available worldwide on the service.

Since the beta was launched earlier this year, Google has attempted to support even more devices, by reducing the minimum specifications requirements to PCs running Windows 10 (or newer) with an integrated graphics card and a quad-core (or better) CPU.

Rival Microsoft has also been working to add support for Android apps to Windows 11, as part of a collaboration with Amazon which includes games and apps from the Amazon Appstore.

Although Windows 11 has a Windows Subsystem for Android from Microsoft, Google has developed a separate software to enable support for Google Play Android games. Meanwhile, Google is yet to announce when it plans to expand the beta to other popular markets, including India.