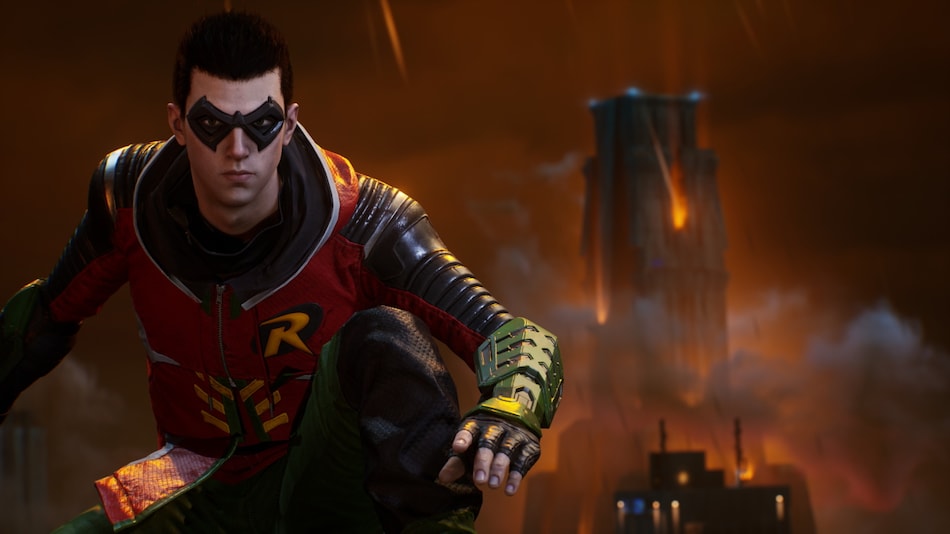 Gotham Knights' recommended PC system requirements are finally out. One day prior to launch, developer WB Games Montréal revealed the system requirements to run its upcoming superhero open-world RPG. And it's super demanding — begging for an Nvidia RTX 2070 graphics card to run the game at full-HD 1080p at 60fps. Moreover, the studio also confirmed the unlock time for Gotham Knights, starting at 12am midnight local time, on PS5 and Xbox Series S/X. Meanwhile, the PC version launches later at 10:30pm IST in India/ 10am PT in the US.

Last week, WB Games Montréal unveiled the minimum PC system requirements to run Gotham Knights on the lowest settings, which still leans on the heavier side. Following that, executive producer Fleur Marty confirmed on the game's official Discord, that Gotham Knights will be locked to 30fps on the current-gen PS5 and Xbox Series S/X. Unlike most modern console ports, the game will not include a Performance mode toggle, that allows smooth frames at the cost of reduced graphics fidelity.

Everything you Need to Know About Gotham Knights

WB Games Montreal has confirmed that Gotham Knights on consoles will run at 30 FPS with no performance/quality mode option pic.twitter.com/blAiNAFwoc

“Due to the types of features we have in our game, like providing a fully untethered co-op experience in our highly detailed open-world, it's not as straightforward as lowering the resolution and getting a higher FPS,” says Marty. This update comes after the studio also cancelled work on the last-gen PS4 and Xbox One versions, hoping to “provide players with the best possible gameplay experience.”

Here are the Gotham Knights PC requirements in full —

Gotham Knights release date and time are set for October 21, at 12am midnight local time, across PS5 and Xbox Series S/X. On PC, Gotham Knights drops later at 10:30pm IST in India/ 10am PT in the US.

Developed by WB Games Montréal, Gotham Knights is set in the immediate aftermath of Bruce Wayne/ Batman's death, assigning his well-trained students aka the Bat-Family, to restore order in the city. Players can pick between Batgirl, Robin, Nightwing, and the Red Hood, and set out on an investigative journey, as they come face-to-face against the enigmatic Court of Owls. A secret organisation that oversees nefarious activity in Gotham City, dispatching ninja-like foot soldiers called Talons to neutralise anyone who attempts to expose them.

You can play Gotham Knights campaign in solo or two-player co-op modes, making use of the new RPG-like levelling system that heavily relies on XP progression. The infamous free-flow combat, reminiscent of the Batman: Arkham games appears to have been ditched, and now introduces new elemental abilities tailored to each character's lore.

Gotham Knights launches October 21 at 12am midnight on PC, and 10:30pm IST on PS5 and Xbox Series S/X. The game is up for pre-order everywhere, including Steam and Epic Games Store for PC, PlayStation Store, and Xbox Store.

Redmi Note 12 Series Confirmed to Launch in October: All Details