PlayStation has confirmed 20 VR games at launch, including the spin-off title Horizon Call of the Wild. 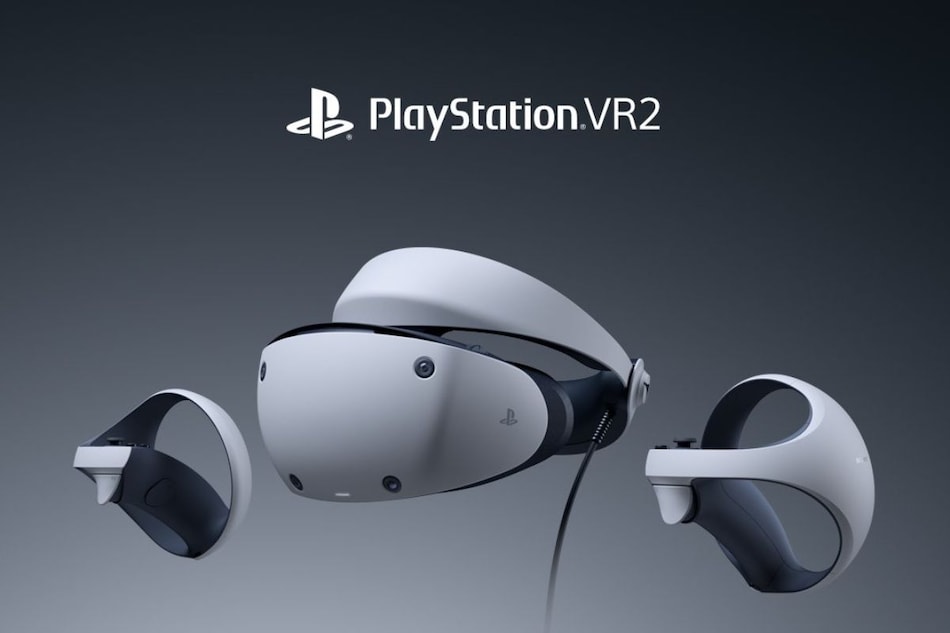 With PlayStation VR2, Sony has ditched the light-up microphone design for orb-shaped controllers

PlayStation VR2, Sony's next-gen virtual reality headset, is coming sometime in early 2023. PlayStation confirmed the news earlier today across its social media handles, with a release window locked in the early months of next year. Sony has been trickling out information over the past few months, including new features such as the see-through mode and a broadcast mode, improving upon the old-gen PlayStation VR headset launched in 2016. With the PS VR2, Sony plans on taking VR gaming to the next level, “enabling a greater sense of presence.”

While PlayStation has revealed hardware details about the upcoming virtual reality device, it still does not have a price tag. According to Sony, the PS VR2 promises a 4,000 x 2,040 OLED panel resolution, which can run at 90Hz or 120Hz refresh rates, enabling smooth navigation while gaming. The headset is also poised to feature a 110-degree FOV (field of view), the same as its predecessor. A 1080p cinematic mode is included as well, which streams the PS5 user interface and all non-VR games onto a virtual screen, running at 24Hz or 60Hz.

PlayStation has confirmed a lineup of 20 “major” games at launch for PS VR2, with one of them being featured at CES 2022 earlier this year. Developed by Guerilla Games, the title was called Horizon Call of the Mountain — a spin-off to the critically-acclaimed Horizon Zero Dawn — and is being built exclusively for the PS VR2. Resident Evil Village and No Man's Sky are also part of the list.

Sony has not revealed how much the PlayStation VR2 weighs either, but has promised that users will be able to see their surroundings, even while wearing it. The see-through view can be toggled on and off via the function button on the headset or the Card in the UI's control centre. PlayStation has embedded front cameras on the visor, allowing players to navigate their way in real-life and locate their PS VR2 sense controller whilst wearing the headset. Meanwhile, the included Broadcast mode lets you stream your gameplay on platforms such as Twitch or YouTube, while connected to the PlayStation 5 HD camera.

Current-day virtual reality systems require tracking cameras to be set up in either corner of the room for height adjustments and establishing a playing field. The PlayStation VR2 headset, however, is equipped with four integrated cameras that track your hand and controller movement. Any kind of head tilt or shift motion will also be detected and instantly reflected onto your character in-game.

The PS VR2's innards are equipped with a sensory feature — a motor that vibrates to add an intelligent tactile element, emulating sensations from within the game. At CES 2022, Sony claimed that after your character stops sprinting, the headset motor will start whirring or throbbing to resemble an elevated pulse rate.

The new PlayStation VR 2 controllers see a massive change in design, ditching the light-up microphone form for a rounded, orb-like structure. Dubbed the ‘Sense Controllers,' they follow a similar design to the more typical VR controllers — like the Oculus Quest 2 — and come with haptic feedback that emulates the sense of touch via intelligent vibrations. Adaptive triggers, enhanced controls, and finger touch detection are also part of the package.

PlayStation VR2 launches in early 2023. Currently, there is no word on if Sony is aiming for a global or a staggered regional launch.

Nothing Phone 1 Android 13 Update to Roll Out in First Half of 2023, Says Company
Google TV Update to Bring Improvements to Boot Time, Performance, Storage: Details