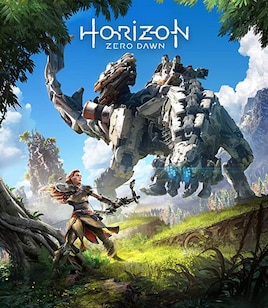 Horizon Zero Dawn represents a rarity these days. You don't often see big companies like Sony take a risk in developing a big budget console game that isn't a sequel in an existing, successful franchise. Perhaps after five titles in the Killzone universe, developer Guerrilla Games was able to convince the company to try something a little different.