PUBG Mobile Now Has Over 100 Million Downloads on Android, iOS 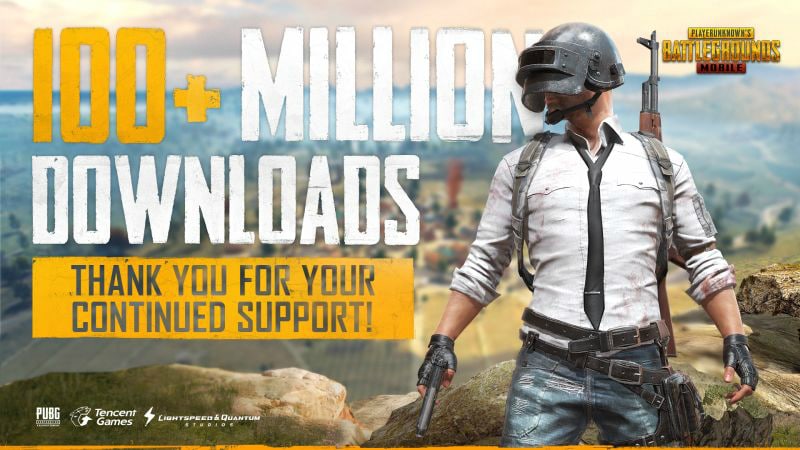 PUBG Mobile has crossed the milestone of 100 million downloads in fewer than four months since launch.

PlayerUnknown's Battlegrounds Mobile aka PUBG Mobile has now crossed the mark of 100 million downloads on iOS and Android, Tencent and PUBG Corporation announced on Thursday. The latest development comes in fewer than four months since the launch of the multiplayer battle royale game for mobile devices in March. The game is touted to be the "most accessible mobile game" - taking on Fortnite that is yet to reach all Android devices. Earlier this month, PUBG Corporation brought PUBG Mobile Lite to the Philippines to provide an optimised experience specifically for lower-end hardware. The lightweight app is expected to reach other markets in the coming future to attract gamers anticipating the arrival of PUBG Mobile-arch rival Fortnite that was launched on Android devices during the Samsung Galaxy Note 9 keynote last week.

PUBG Mobile comes as a scaled-down version of PlayerUnknown's Battlegrounds that was released for Microsoft Windows back in December last year. The game runs on Unreal Engine 4, and just like its PC version, the mobile version supports 100 players. It also offers in-game voice chat to let gamers chat with their friends. In May, PUBG Mobile surpassed the milestone of 10 million daily active users around the world, excluding China.

"We want to thank our committed development team at Lightspeed and Quantum Studios and especially thank the devoted players around the world that continue to inspire us with their passion and dedication," said Vincent Wang, the General Manager of PUBG Mobile global publishing team, in a press statement while announcing the new downloads. "We will continue to set the bar for mobile gaming and look to deliver even more great contents to our players later this year."

Early this month, Tencent Games partnered with Paramount Pictures to bring fresh music, new outfits, and all-new challenges to PUBG Mobile - all based on Mission: Impossible Fallout. The company recently updated PUBG Mobile to version 0.7.0 that brought a War Mode, a faster-paced variation of Arcade mode, as well as Clans and new weapons.