Apple Arcade, Podcasts, Contacts, were also down for many. 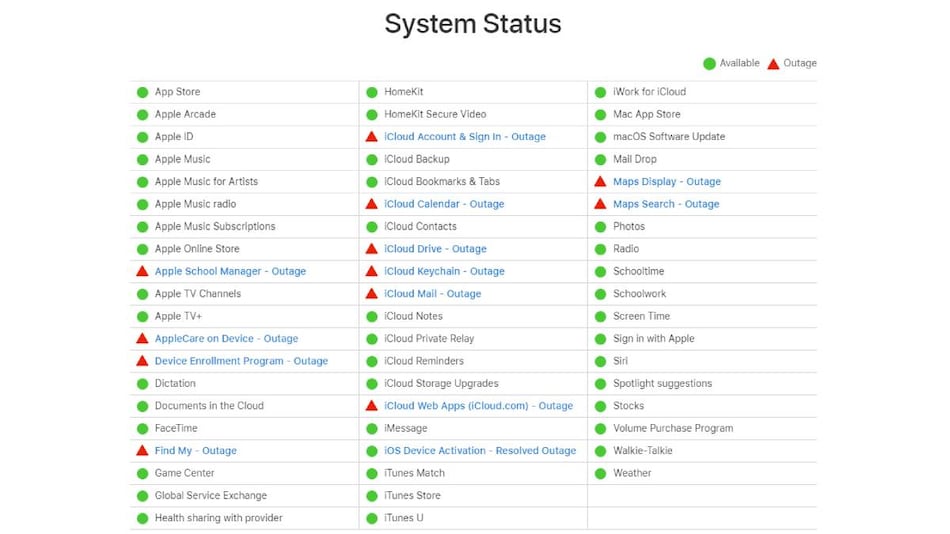 Apple said all its services, including the App Store, Apple TV and Apple Music, have resumed following an outage that started late afternoon on Monday. Nearly a dozen Apple services were down for thousands of users. The company's system status page had showed 11 outages including podcasts, music and arcade. It said Apple was investigating the issue and services may be slow or unavailable.

Downdetector tracks outages by collating status reports from several sources including user-submitted errors on its platform. The outage may be affecting a larger number of users.

The company was responding to affected users on Twitter but it was unclear what caused the outages indicated on the company's system status page.

According to the report, Apple told staff that the outage stemmed from domain name system, or DNS - an address book of the internet which enables computers to match website addresses with the correct server.

In a number of incidents last year, DNS issues caused widespread outages on social media platforms including Facebook and Instagram, and brought down websites of airlines and banks for several hours.