Google is celebrating NASA’s historic first controlled flight on another planet with an Ingenuity animation. 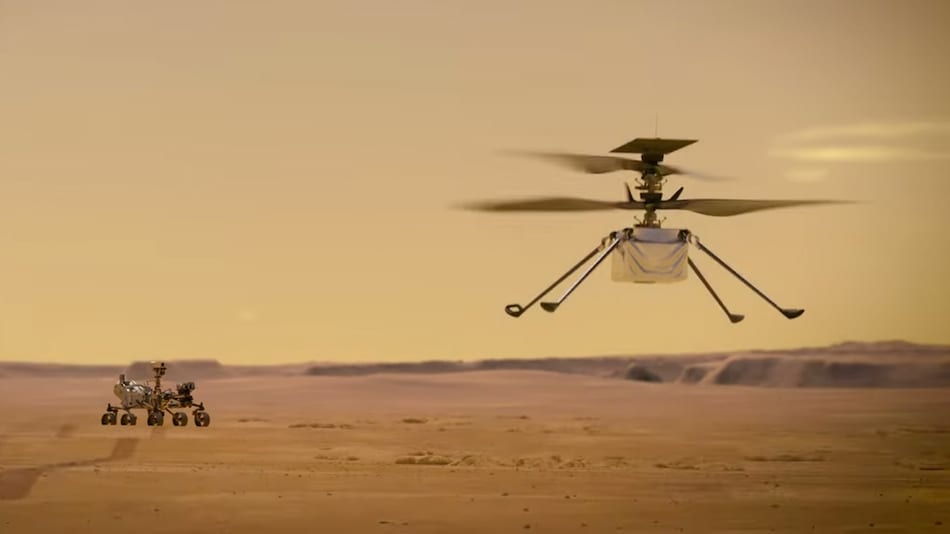 NASA successfully flew the Ingenuity helicopter on Mars on Monday

NASA Mars helicopter Ingenuity became the first aircraft in history to make a controlled flight on another planet on Monday, April 19. To celebrate the achievement, Google has created an exciting new animation on its homepage. If you run a Google search for ‘Ingenuity NASA', a small and animated version of ‘Ingenuity', orange in colour, appears on the screen. With its rotors whirling, clicking on the animation launches the Ingenuity for a flight around your screen over an animated red surface, similar to that of Mars or the Red Planet.

Many others shared the excitement and joy of having the virtual helicopter hover around the screen.

click on the device and your page will come to Marsian life!! ???? ???? pic.twitter.com/42axEwbxzf

Here are some more reactions:

I flew my Ingenuity.
Fly yours through this https://t.co/65rUIcjLeJ pic.twitter.com/mjkrAnEWTk

After NASA, Google also shared a gif of the feature, saying, "Ten vertical feet for a helicopter, one giant leap for space exploration. Congrats @NASA #MarsHelicopter on an amazing first flight!"

Following the safe hovering and landing of Ingenuity, NASA shared a video on Twitter where lead engineer MiMi Aung is heard telling her team, “We can now say that human beings have flown a rotorcraft on another planet!”

"We've been talking for so long about our Wright brothers moment. And here it is."

The video showed the chopper on the ground at first, before hovering three meters above the surface of Mars, and then touching down again. NASA Associate Administrator for Science Thomas Zurbuchen said the Ingenuity helicopter has succeeded in performing this amazing feat on another world, 117 years after the Wright brothers succeeded in making the first flight on earth.

“While these two iconic moments in aviation history may be separated by time and 173 million miles of space, they now will forever be linked,” he said.

“As a homage to the two innovative bicycle makers from Dayton, this first of many airfields on other worlds will now be known as Wright Brothers Field, in recognition of the ingenuity and innovation that continue to propel exploration,” Zurbuchen added.