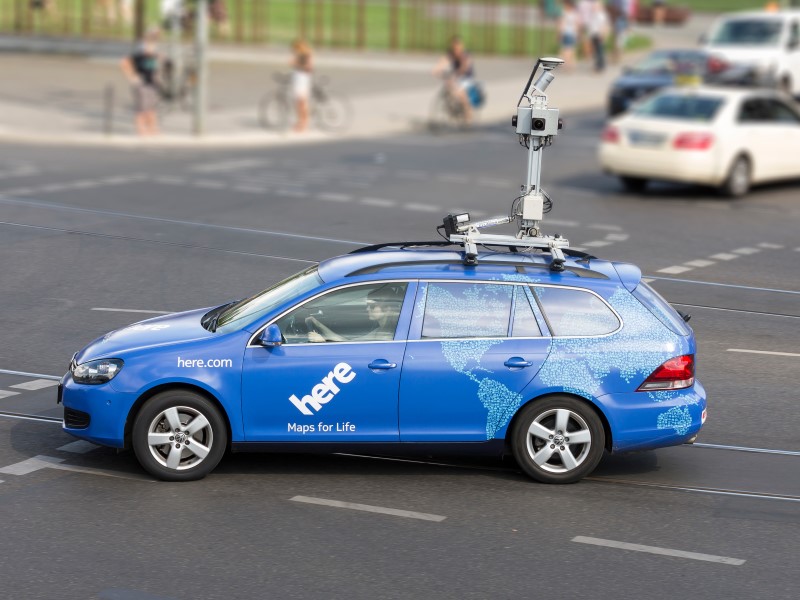 China is pushing the development of electric and autonomous cars and has made several high-profile investments in high tech companies in Europe.

German carmakers Audi, BMW and Daimler will reduce their combined ownership of Here by 10 percent, Here and the buyers said in a statement.

China is on track to overtake the United States as the largest market for premium cars, a step which forces the German manufacturers to find alliances with local players in Asia to help them expand new services such as autonomous driving.

Here and the Chinese consortium did not disclose financial details of the deal, which they expect to close in the first half of 2017.

The German carmakers have developed their own prototype autonomous vehicles and wanted to cut their dependence on mapping data from software giant Google which has also developed a self-driving vehicle.

Here needs capital to expand its network of high-precision maps quickly, and has been in discussion with potential partners including Amazon.com, Microsoft and Bosch.

Self-driving cars need such maps to navigate, and use sensors to create services such as a system for monitoring road conditions and finding parking spaces by using vehicle-mounted cameras to scan the road ahead.

China has taken an interest in automotive technology investments to help develop its autonomous and self driving car know-how.

Future Mobility, a Chinese automaker controlled by Tencent Holdings has poached autonomous driving personnel from Google, Daimler and BMW in the race to make self-driving cars.

There have also been high-profile takeover approaches for high-tech companies in Europe, particularly in Germany, though Chinese overtures have not always been welcome.

Home appliance maker Midea bought industrial robot firm Kuka in a EUR 4.5 billion deal in May, in what was the biggest Chinese deal for a German industrial technology company.

China's Fujian Grand Chip Investment Fund withdrew a EUR 670 million bid for chip equipment maker Aixtron this month after the United States blocked the acquisition of its US division on national security grounds and German authorities withdrew their approval.

Germany and China have become involved in an increasingly public dispute about access to each others' markets, with China complaining about unfair scrutiny of its acquisition targets in Germany, and Germany wanting reciprocal access to firms in China.

Here also said it will form a joint venture with NavInfo to extend its products to China using NavInfo's data and services.

Tencent will use Here's mapping and location platform services in its own products, both in China and internationally.