SpaceX, T-Mobile Join Hands to Increase Internet Access in Remote Parts of the US

T-Mobile plans to connect users’ smartphones directly to satellites in the orbit. 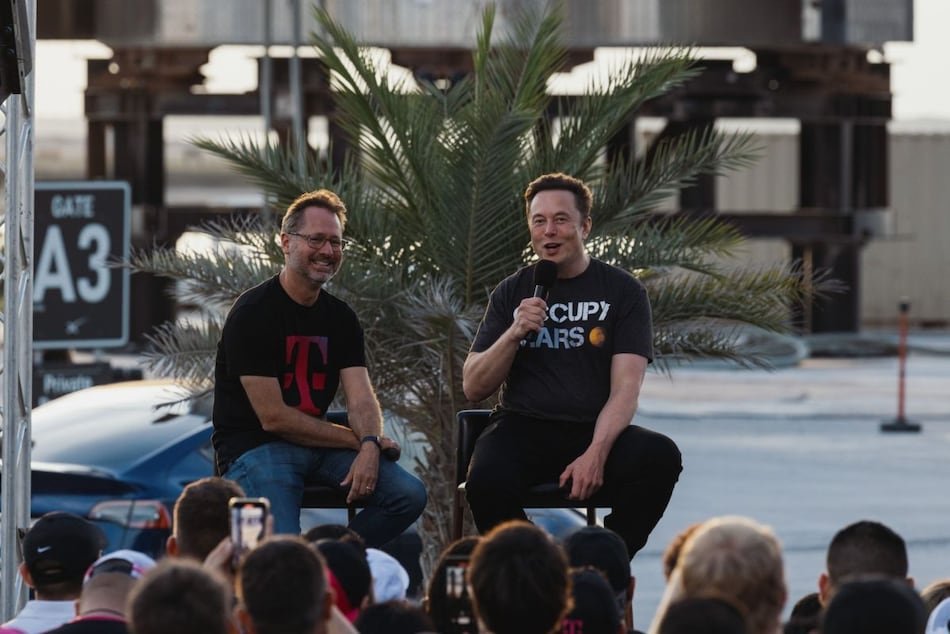 T-Mobile plans to use Starlink satellites to give mobile users Internet access in remote parts of the United States. The US wireless carrier plans to connect users' smartphones directly to the satellites in the orbit thereby cutting out the need for cell towers. Elon Musk and T-Mobile chief executive officer Mike Sievert announced the partnership earlier this week at SpaceX's Starbase in Boca Chica, Texas. The service is expected to launch next year and is said to work with existing phones for free.

T-Mobile and Elon Musk's SpaceX is entering a partnership to give wireless phone services in remote parts of the United States. As mentioned earlier, the new service will put thousands of Starlink satellites in the Earth's orbit to use.

The service is said to begin offering text messaging from the second half of 2023. Users are expected to get voice calls and data services later.

The billionaire entrepreneur also added that there is an open invitation for other carriers to work with Starlink. As mentioned earlier, most phones used by T-Mobile customers will be compatible with the new service.