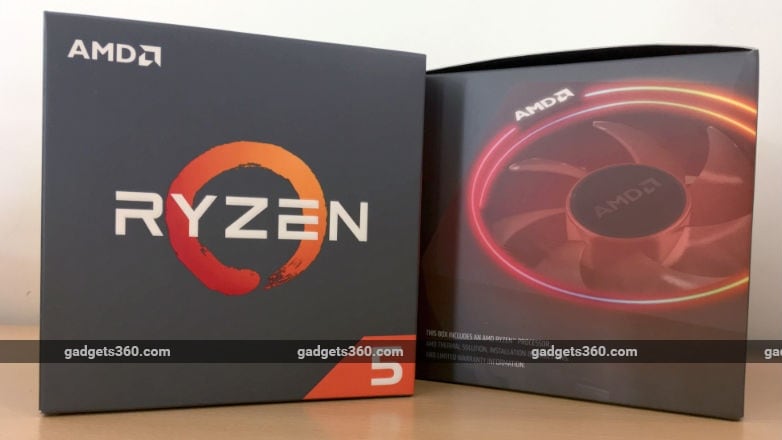 AMD is hoping to continue the disruptive streak it began in the PC market last year by announcing the upcoming launch of its second-generation Ryzen desktop processors. The new Ryzen 7 2700X, Ryzen 7 2700, Ryzen 5 2600X and Ryzen 5 2600 replace the equivalent 1000-series CPU models and promise improved performance across a range of PC workloads. AMD is also rolling out its new X470 desktop chipset, the high-end Wraith Prism LED cooler, and a storage acceleration feature called StoreMI. Preorders for all announced products will begin globally today, and they will actually go on sale on April 19.

The new Ryzen processors are manufactured using a new 12nm process, beating Intel's current 14nm offerings. The architecture is being referred to as Zen+ rather than Zen 2, indicating that improvements are subtle. AMD promises improved performance but full specifications and exact details have not yet been disclosed.

All four new CPUs use the same Socket AM4 interface as the first-gen Ryzen lineup and the recently launched Ryzen APUs. AMD has committed to a multi-year lifespan for Socket AM4, which should be good news to users who want to upgrade. All Ryzen CPUs are compatible with all 300-series and 400-series chipsets, with older motherboards only needing a BIOS update.

For those building a new PC, motherboards from Asus, Gigabyte, MSI and ASRock based on the new X470 chipset will be available at the same time as Ryzen 2000-series CPUs. The X470 chipset offers improved power delivery for overclocking, plus support for AMD StoreMI, which leverages the speed of an SSD and the capacity of spinning hard drives similar to Intel's Optane Memory.

AMD is also introducing a new top-end cooler, the Wraith Prism LED, which will be bundled with the Ryzen 7 2700X. This cooler features translucent fan blades and an LED ring, and it can by synced with all major industry RGB LED control schemes using included USB or motherboard pin headers. AMD claims that the Wraith Prism LED is more powerful than standard stock coolers, and is calling this a $50-60 value (approximately Rs. 3,200 - 3,900). The Ryzen 7 2700 will come with the Wraith Spire LED cooler, while the Ryzen 5 2600X and Ryzen 5 2600 will come with the Wraith Spire and Wraith Stealth coolers respectively.