Apple MacBook Event: What to Expect From the October 27 Showcase 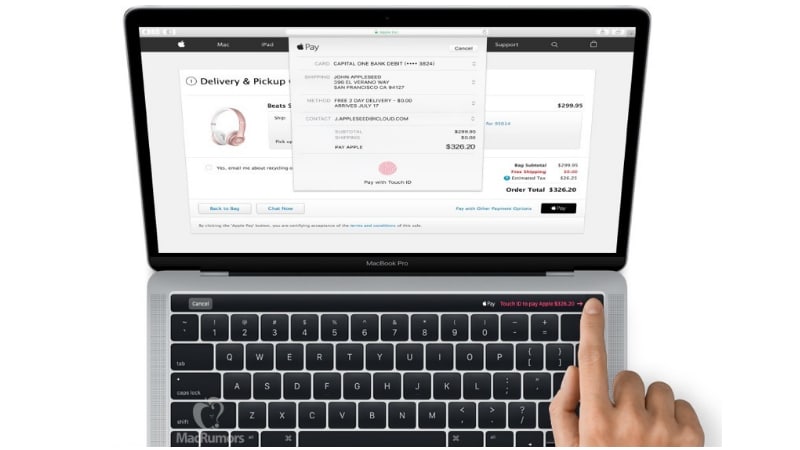 Last month, Apple hosted an event to unveil the iPhone 7, iPhone 7 Plus, and Apple Watch Series 2 devices. Now, the company is hosting another event at its California Campus on Thursday. At this Apple event, the Cupertino giant is expected to refresh the MacBook Pro lineup, and unveil what may be the new 13-inch MacBook or the new MacBook Air. Other, reports indicate the company may introduce a standalone 5K Thunderbolt display, and even unveil the new iMac.

The Apple MacBook event is scheduled to begin at 10.30pm IST, and Apple is live streaming it on its website. Users with the Safari browser on Mac and iOS, and Microsoft Edge browser running on Windows 10 will be able to live stream the event. Furthermore, Apple TV (Gen 4) users can watch the event live through the Apple Events app available in the App Store. Apple TV (Gen 2 and 3) will get the Apple Events Channel automatically, where the event will be broadcast live. We have collated all that is expected from the event, and here’s everything that Apple may launch tonight.

MacBook Pro
The brand new MacBook Pro is expected to be unveiled in 13-inch and 15-inch variants. The new and improved MacBook Pro will have a faster processor, and be lighter and thinner than the predecessor. There is also a new Oled display panel on the keyboard, and is dubbed to be called the ‘Magic Toolbar’. The panel will perform key functions depending on what the user is browsing onscreen. For example, if you’re listening to music, the panel will let you skip tracks, manage volume etc.

Right beside the OLED panel is pegged to be the Touch ID sensor. The fingerprint reader will be used for unlocking the laptop, as well as authenticating payments via Apple Pay. Apple is also expected to introduce USB Type-C and Thunderbolt 3 ports on the MacBook Pro as well. Analyst Ming Chi Kuo expects that a 2TB SSD option will be made available, and he also expects the quality of the Retina display to be improved (however, the display resolution will remain the same). Kuo suggests that the MacBook Pro will come with "MagSafe-like adapter" which will be rolled out by Apple or a third-party supplier. The new MacBook Pro lineup is also expected to run on the Intel's sixth-generation 'Skylake' Core SoCs, and bring the option of a discrete AMD GPU, apart from integrated Intel Iris GPUs. No Kaby Lake processors are expected to be used.

(Also see: Apple's MacBook Event: About Time the Mac Got Some Much-Needed Love)

MacBook and MacBook Air
Kuo believes that the long-rumoured 13-inch MacBook will make appearance at the Thursday event and will come with various improvements compared to the current 12-inch MacBook. He doesn't mention the MacBook Air in his note to investors. Separately, Apple is rumoured to unveil a 13-inch MacBook Air with minor upgrades. The USB 3.0 port will be replaced by a USB Type-C one. Apart from this, there are reports that the 11-inch MacBook Air will also be discontinued, and Apple is only planning to unveil the 13-inch variant at the event.

iMac and 5K Cinema Display
While Kuo thinks that the refreshing of the iMac and standalone 5K Thunderbolt Cinema Display will happen sometime in 2017, several reports suggest that Apple will introduce them at the MacBook event. The analyst further claims that even if the new Macs are unveiled, they won’t be shipped before 2017. The new iMac won’t have much of an upgrade apart from the USB Type-C port. Apple is also expected to include an option for AMD graphic chip integration.

As for the 5K Cinema Display, it is expected to come with integrated GPU and a screen resolution of 5120x2880 pixels. Rumours claims that Apple has decided to integrate a GPU into the display to make it future ready. The integrated GPU will help the new Thunderbolt Display maintain compatibility with future Macs, and will also reduce the need of high resolution displays to be powered by high-performance computers featuring top-end GPUs.

Mac mini and Mac Pro
With no recent reports indicating a launch on this front, it's safe to assume Apple won't be unveiling new Mac mini and Mac Pro hardware at the event. If it does, like the iMac, the desktops will probably only be launched at a later date.

TV Guide App
As reported earlier this week, Apple is also tipped to reveal a new TV Guide app for Apple TV to enable easy discovery of entertainment content. The app will collate content from different apps and streaming services. However, it is reported that Netflix will not be included on this list.

No iPads?
From what we know so far, Apple is going to be hawk-eye focused on its Mac products. Apart from the 9.7-inch iPad Pro, all the other models are a year old. New iPad hardware is tipped for early spring next year, so don’t expect anything new on that front from Thursday’s event.

AirPods release date
Just a day ahead of its October 27 event, Apple revealed that the wireless AirPods earphones it had unveiled alongside the iPhone 7 and iPhone 7 Plus have been delayed, and will not be available to buy in late October as it had previous promised. The company did not provide a clear reason as to the delay, or when the earphones would launch. It may be possible that Apple may provide some clarity on this front at Thursday's event. Though of course with an announcement just before the event, it is also possible that Apple makes no mention of the delayed wireless earphones at the event.

As the tradition goes, Apple will most likely brag about the sales numbers of the iPhone 7 and iPhone 7 Plus, and the Apple Watch Series 2. It is also expected to announce availability of the AirPods. As mentioned, the Apple event time is 10.30pm IST, and we will be reporting everything from ground zero, giving you all the details and announcements in real-time. Stay tuned.