Nvidia CMP or Cryptocurrency Mining Processor product line will be available in the first and second quarters of this year. 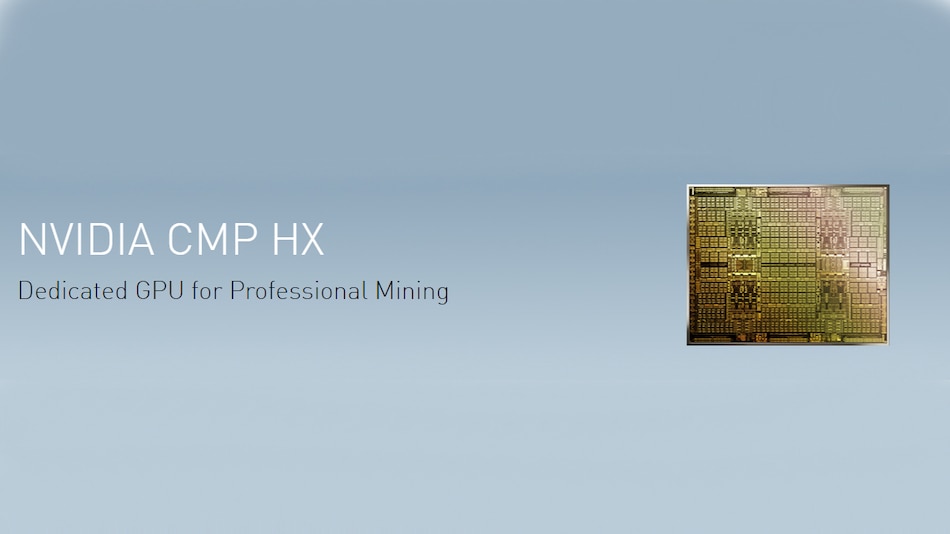 The new Nvidia CMP range is the company's new product line for professional mining. Nvidia on its blog said that the Nvidia CMP processors don't do graphics and will be sold through authorised partners such as Asus, Colorful, EVGA, Gigabyte, MSI, Palit, and PC Partner. Nvidia CMP processors will be available in the first and second quarters of this year.

The company says the new Nvidia CMP lacks display outputs, enabling improved airflow while mining so they can be more densely packed. The Nvidia CMPs also have a lower peak core voltage and frequency, which is said to improve mining power efficiency.

The new GeForce RTX 3060 is all set to launch on February 25, and the company has introduced Nvidia CMP range just ahead of that to address the issue of shortage.